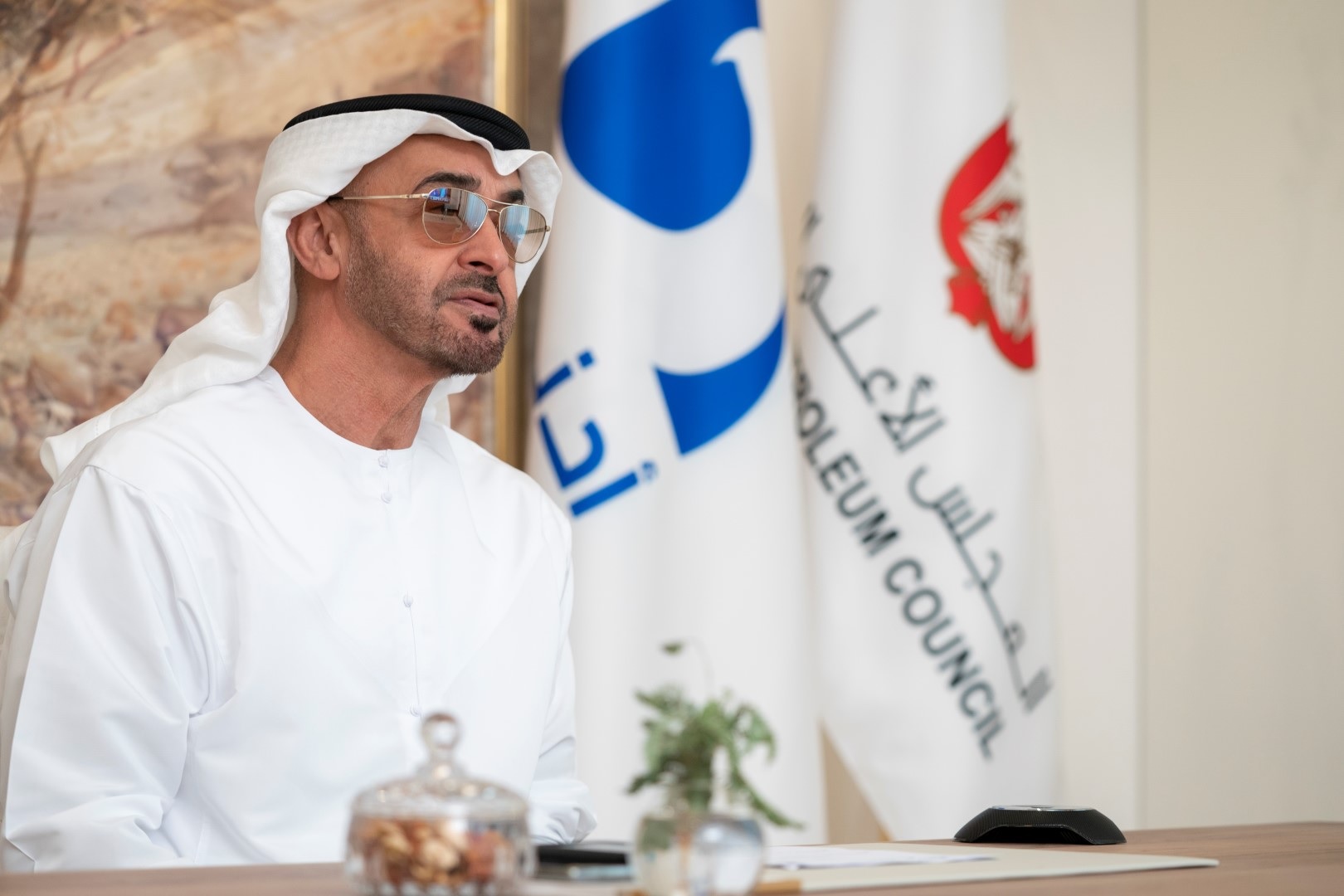 The announcements were made following the SPC meeting presided over by His Highness Sheikh Mohamed bin Zayed Al Nahyan, Crown Prince of Abu Dhabi and Deputy Supreme Commander of the United Arab Emirates (UAE) Armed Forces and Vice-Chairman of the SPC.

At the meeting, the SPC approved ADNOC’s capital expenditure (CAPEX) plan of AED 448 billion ($122 billion) for 2021-2025 to enable smart growth. As part of this plan, ADNOC aims to drive over AED160 billion ($43.6 billion) back into the United Arab Emirates’ (UAE) economy between 2021-2025. The inflow to the local economy will be enabled by ADNOC’s In-Country Value (ICV) program which is aimed at nurturing new local and international partnerships and business opportunities for the private sector, fostering socio-economic growth and creating job opportunities for Emiratis.

In addition, the SPC gave approval for ADNOC to award exploration blocks in Abu Dhabi’s second competitive block bid round which was launched in 2019.

The SPC also reviewed the transformation in ADNOC’s Marketing, Supply and Trading (MS&T) Directorate, which has evolved to offer customers a broader service, while further stretching the value from every barrel that ADNOC produces, refines and sells. The directorate has become a more integrated shipping and logistics, storage and trading focused entity, establishing two new trading companies – ADNOC Trading (AT) and ADNOC Global Trading (AGT) – to help deliver its mandate.

The SPC also reviewed ADNOC and ADQ’s recently announced joint venture, TA’ZIZ, established to fund and develop chemicals projects within the Ruwais Derivatives Park. ADNOC and ADQ, through TA’ZIZ, are setting the stage for the UAE’s next generation of technology-driven growth and helping to advance the UAE post-Covid economic recovery.

During the meeting, H.H. Sheikh Mohamed bin Zayed reaffirmed the support of the UAE President and Chairman of the SPC, H.H. Sheikh Khalifa bin Zayed Al Nahyan, for ADNOC as the company continues to deliver sustainable value for the national economy through its 2030 strategy.

H.H. Sheikh Mohamed bin Zayed commended the Abu Dhabi National Oil Company’s (ADNOC) agility and resilience, which has enabled the company to ensure zero interruptions to its operations while achieving its operational and financial targets, despite the tough market conditions.

H.H. Sheikh Mohamed bin Zayed also commended ADNOC’s robust and proactive response to COVID-19 which continues to prioritize the health and safety of its people and ensure business continuity and ADNOC’s sustained contribution to the United Arab Emirates (UAE) economy.

Commenting on ADNOC’s discovery of onshore unconventional oil resources and an increase in its conventional oil reserves, H.H. Sheikh Mohamed bin Zayed said the achievement is a testament to ADNOC’s relentless efforts to unlock and maximize value from the UAE’s hydrocarbon reserves for the benefit of the nation.

Following the meeting, H.H. Sheikh Mohamed bin Zayed engaged with front line staff and thanked them for their hard work and dedication while stressing people are the nation’s greatest asset. He met members of the ADNOC Future Leaders program virtually and emphasized the Leadership’s commitment to enabling the development of the nation’s youth and ensuring they are equipped with the necessary skills to build successful careers.

Dr. Sultan Ahmed Al Jaber, UAE Minister of Industry and Advanced Technology and ADNOC Group CEO, said: “We are thankful for the support and guidance of His Highness Sheikh Mohamed bin Zayed and the SPC in steering ADNOC through a very challenging year where we have had to navigate COVID-19 and volatile energy markets. As a result of this wise guidance and our transformation over the past four years, ADNOC has delivered robust operational and financial performance. Following the SPC’s approval of ADNOC’s CAPEX, we are well-positioned to continue driving long-term and sustainable value for the UAE while creating opportunities for local businesses and private-sector jobs for Emiratis through our in-country value target.”

Commenting on the SPC’s announcement of new hydrocarbon discoveries, Dr. Al Jaber said: “Today’s announcement by the SPC of the discovery of recoverable unconventional oil resources demonstrates how ADNOC is efficiently expediting the exploration and development of Abu Dhabi’s unconventional resources and marks a major milestone as the nation’s unconventional industry evolves. Importantly, the increase in the UAE’s conventional oil reserves sends a strong signal that ADNOC is leaving no stone unturned in unlocking value from our abundant hydrocarbon resources to ensure the UAE remains a long-term and reliable energy provider to the world for decades to come.

“In parallel, we are developing large-scale capital projects in Ruwais to further stretch the margin from each barrel of oil we produce as we deliver on our downstream expansion strategy – at the heart of which are our plans to develop Ruwais into a dynamic, global hub for the UAE’s industrial growth and economic diversification – and we are strengthening our marketing, supply, and trading capabilities to unlock greater value from our products.”

ADNOC’s CAPEX plan will enable it to drive upstream growth, progress downstream expansion and further strengthen the company’s marketing and trading capabilities to ensure it maintains its competitiveness and industry leadership position over the next fifty years.

To underpin this competitiveness, H.H. Sheikh Mohamed bin Zayed mandated ADNOC to explore potential opportunities in Hydrogen with the ambition to position the UAE as a Hydrogen leader.

Despite the challenging market conditions, ADNOC delivered AED 62 billion ($16.8 billion) in foreign direct investment (FDI) to the UAE this year, taking the total FDI ADNOC has driven since 2016 to AED 237 billion ($64.5 billion). His Highness expressed the SPC’s appreciation of ADNOC’s smart and innovative approach to strategic partnerships and investments which has resulted in the company completing several landmark transactions.

ADNOC maintains its leadership role in driving ICV for the UAE following the huge success of its ICV program which has driven more than AED 76 billion ($20.7 billion) back into the UAE’s economy and created over 2,000 private-sector jobs for Emiratis since it was launched in January 2018. ADNOC’s new ICV goal will enable the localization of strategically critical parts of the oil and gas value chain and create more private-sector jobs for Emiratis.

The new discovered resources will further strengthen the UAE’s role as a leading resource holder with high-quality crude grades, reinforce the country’s energy security and underpin its position as an essential and reliable energy provider to the world. This year, ADNOC successfully increased its crude oil production capacity to over 4 million barrels per day (mmbpd).

The mandate to explore potential opportunities in Hydrogen will see ADNOC capitalize on the emerging global market for Hydrogen by leveraging its existing infrastructure and partnership base as well as Abu Dhabi’s vast reserves of natural gas.

ADNOC already produces hydrogen for its downstream operations and following this mandate, the company will explore the potential to help meet the emerging global demand for hydrogen and ammonia derived from natural gas. Building on its advantaged position as a major natural gas reserves holder and producer, with existing infrastructure and strong partnerships, ADNOC is well placed to lead the development of international value chains and establish a hydrogen ecosystem for the UAE in partnership with other Abu Dhabi entities.

The 22 billion STB of recoverable unconventional oil resources announced by the SPC exceeds some of Abu Dhabi’s major fields in terms of resources and the production potential ranks alongside the most prolific North American shale oil plays. The unconventional oil resource assessment was supported by extensive well data as well as a dedicated appraisal program by ADNOC in an area covering 25,000 square kilometers onshore in Abu Dhabi.

The 2 billion STB of conventional oil reserves announced by the SPC increases the UAE’s conventional oil reserves base to 107 billion STB of recoverable oil, strengthening the country’s position in global rankings as the holder of the sixth-largest oil reserves. This increase in reserves is as a result of the ongoing maturation of ADNOC’s developments towards its 5 million barrels per day (mmbpd) oil production capacity target by 2030, and its appraisal activities, particularly in the Al Nouf field.

Both the conventional and unconventional oil resources offer the potential to provide ADNOC with additional amounts of Murban-grade crude. Murban is ADNOC’s signature grade crude and is recognized around the world for its intrinsic chemical qualities, consistent and stable production volumes, large number of international buyers, and numerous long-term concession and production partners.

These additions to the UAE’s hydrocarbons base follows the announcement in November 2019 by the SPC of increases in hydrocarbon reserves of 7 billion STB of oil, 58 trillion standard cubic feet (TSCF) of conventional gas, and 160 TSCF of unconventional recoverable gas resources. These additions to the UAE’s hydrocarbon reserves marked a historic milestone for the country since the last major update of its reserves base three decades ago.

Following the SPC’s approval for ADNOC to award exploration blocks in the Abu Dhabi 2019 Block Bid Round, the company is set to announce the successful bidders. Based on existing data from detailed petroleum system studies, seismic surveys, exploration and appraisal wells data, estimates suggest the blocks in this second bid round hold multiple billion barrels of oil and multiple trillion cubic feet of natural gas.

As ADNOC develops its upstream resources and expands its downstream footprint, it is further strengthening its marketing and trading capabilities. As part of this effort, AGT – a joint venture with Eni and OMV – is set to begin the trading of refined products before the end of the year.

In addition, ADNOC will expand its shipping capabilities by purchasing a fleet of Very Large Crude Carriers (VLCCs), through ADNOC Logistics & Services (ADNOC L&S), creating new long-term revenue streams as it enters a new sector to support growing customer demand and its historic move into trading.

AGT and AT are both incorporated at the International Financial Center, Abu Dhabi Global Market, joining ICE Futures Abu Dhabi (IFAD), which plans to launch trading in Murban futures contract at the end of March 2021. IFAD will be the world’s first trading platform to include futures contracts based on Abu Dhabi’s unique grade of Murban crude – increasingly the benchmark grade in Asia’s fast-growing economies.