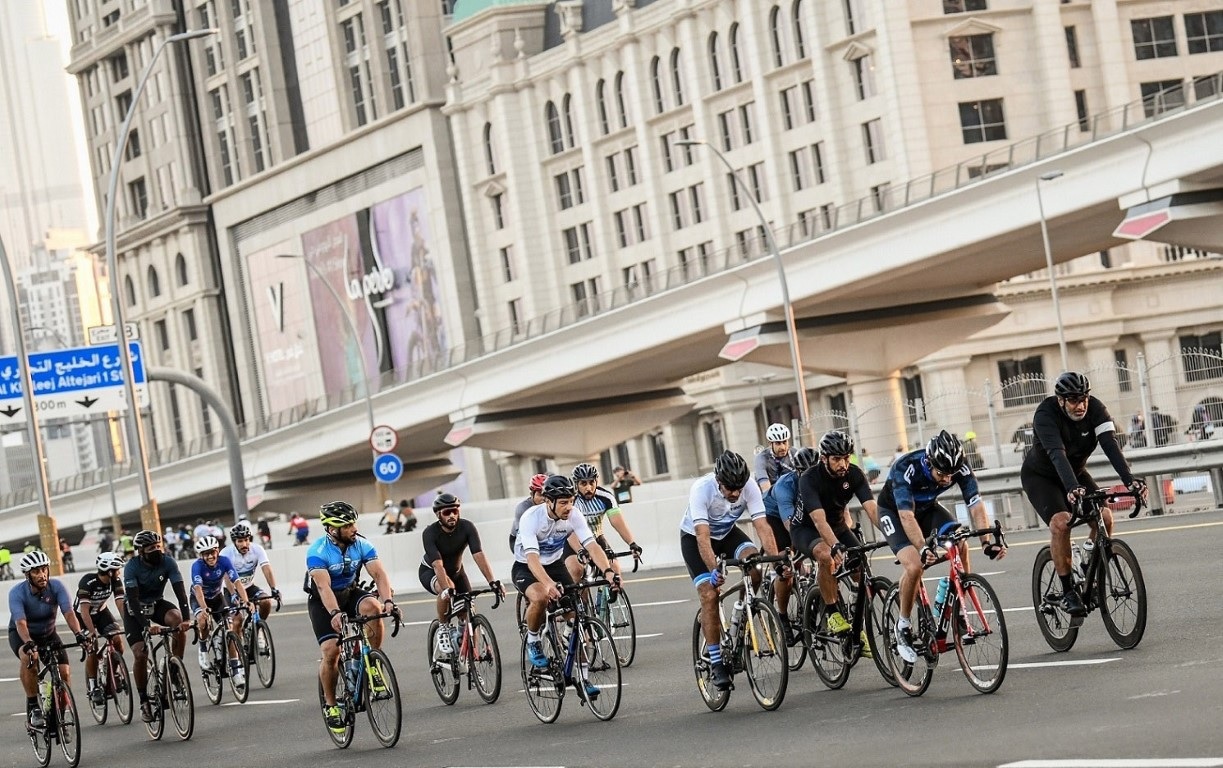 An exhilarating atmosphere of positivity and excitement surged through Dubai this morning as a section of the city’s main artery, the Sheikh Zayed Road, transformed into a 14km cycling track for the very first time as part of Dubai Fitness Challenge 2020. More than 20,000 cyclists participated in the inaugural Dubai Ride 2020, marking a new milestone in their fitness journey.

Spearheaded by His Highness Sheikh Hamdan bin Mohammed bin Rashid Al Maktoum, Dubai Crown Prince and Chairman of The Executive Council of Dubai, the event saw cyclists hitting the roads as early as 5:00 am, embarking on two breathtaking routes in the heart of the city – a 14km loop on Sheikh Zayed Road and a 4km family route around Sheikh Mohammed bin Rashid Boulevard.

The Crown Prince expressed his happiness at the exceptional response from the community to the event, saying the high participation reflects growing awareness about the importance of fitness and the benefits of integrating sporting activities into one’s lifestyle. His Highness encouraged the community to explore simple ways to incorporate fitness activities into their daily routines, so that we can enhance our health, wellbeing and happiness. Sheikh Hamdan bin Mohammed expressed his appreciation for the efforts of the organisers, the support extended by stakeholders and the enthusiasm shown by participants, which combined to make the event a success. 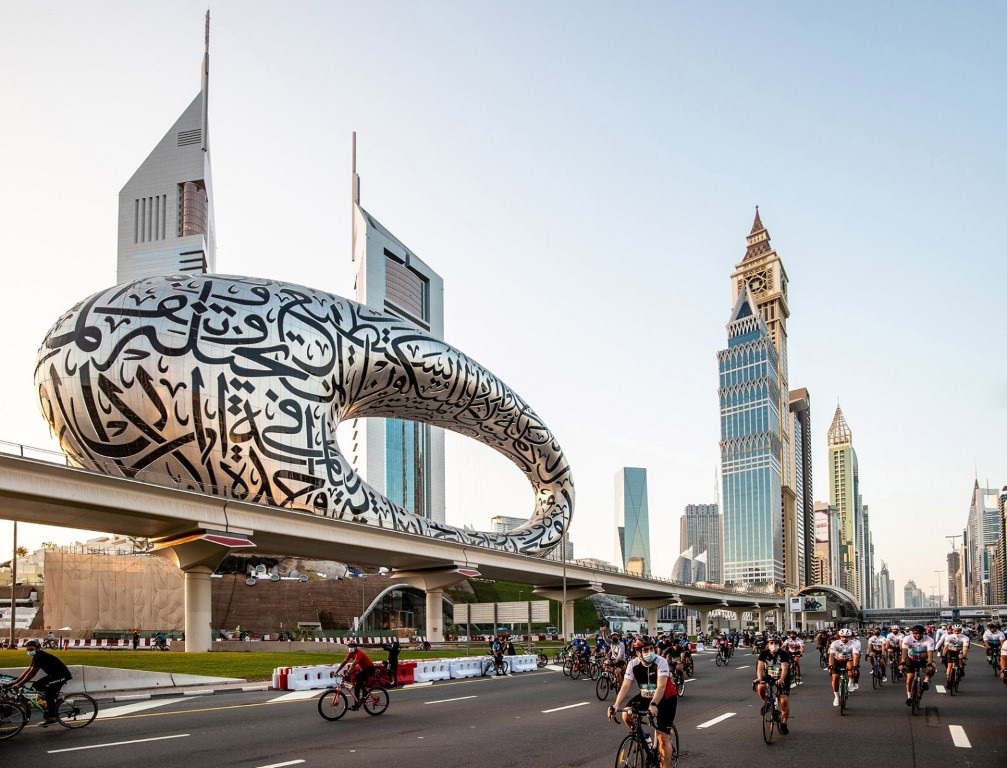 Cycling enthusiasts were excited to ride the 14km Sheikh Zayed Road route with both directions of the highway opened exclusively for cyclists. International athletes, as well as the city’s leading cycling clubs and communities, joined the riders for a once-in-a-lifetime experience of cycling around Dubai’s iconic landmarks including Emirates Towers, The Museum of the Future, and the Dubai World Trade Centre (DWTC).

The local stakeholder network extended overwhelming support to the Dubai Ride event, with public and private sectors rallying to contribute to realising the city’s vision to embrace a healthier lifestyle. Government organisations, as well as schools and educational institutions joined participants in a socially distanced setting, testament to Dubai’s commitment to creating a safe environment for people to be physically active.

READ ON: Dubai to boost safety along cycling, scooter tracks

Dubai Fitness Challenge 2020 will continue until November 28. For more information on all events and activities, please visit www.dubaifitnesschallenge.com.