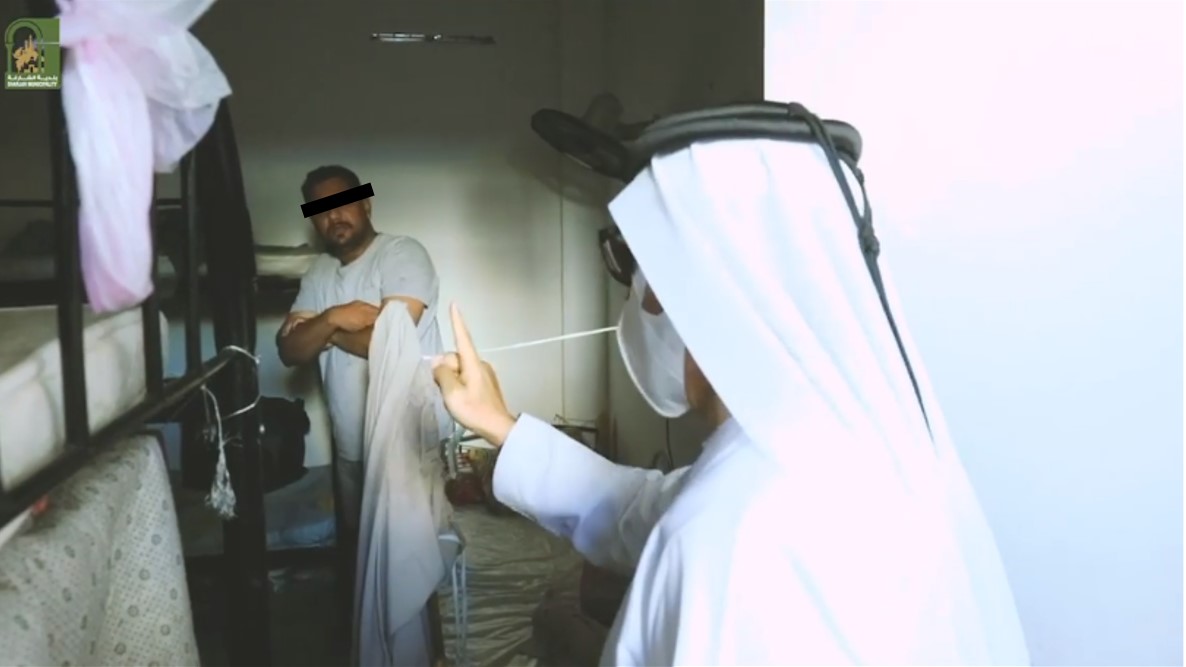 This week the authorities has organized 1,915 inspections in several areas across the city and the number of evicted bachelors has reached 7,000 since the campaign started in September.

“Utilities were immediately cut off from the illegal housing units, where many unapproved engineering divisions and electrical connections were detected, which posed as a safety hazard to residents of those housing units,” he added.

Al Turaifi said the most recent series of inspections was carried out in joint coordination of civil officials and representatives from Sharjah Police, Sharjah Electricity, Water and Gas Authority.

The campaign was in line with the directives of His Highness Dr. Sheikh Sultan bin Mohammed Al Qasimi, Member of the Supreme Council and Ruler of Sharjah.

Watch the video of the inspections carried out by the authorities below: