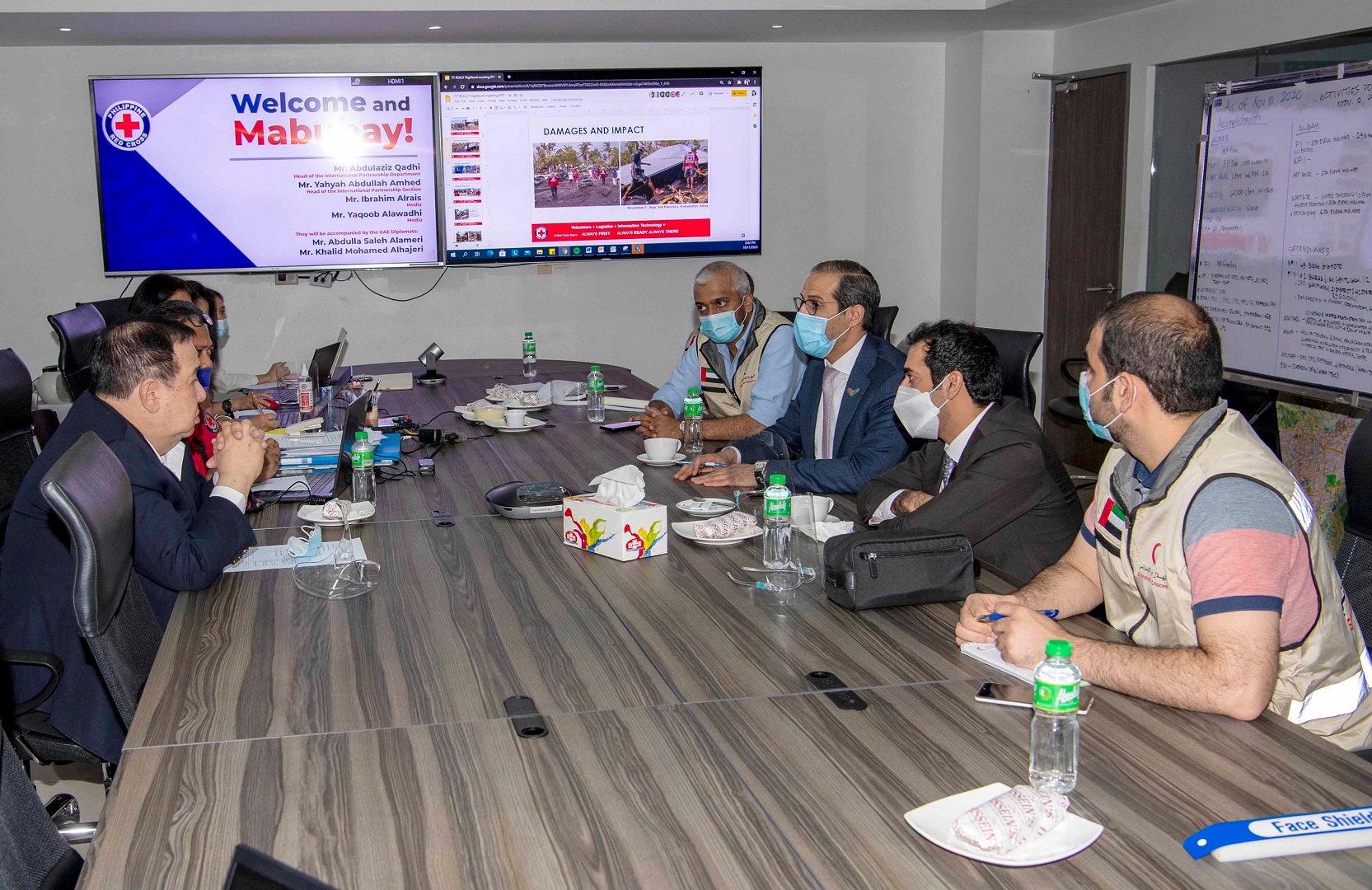 The Emirates Red Crescent, ERC, has intensified its humanitarian efforts to assist, and rescue, people affected by Typhoon Goni in the Philippines.

The ERC’s humanitarian support includes the distribution of urgent relief aid by its delegation, currently in the Philippines to bring assistance to thousands of families in many affected areas, in coordination with the UAE Embassy in Manila and the Philippine Red Cross.

The aid is part of phase I of the ERC’s relief programme aimed at providing the essential needs of those affected by the typhoon, including food, shelter and medical supplies, in implementation of the directives of His Highness Sheikh Mohamed bin Zayed Al Nahyan, Crown Prince of Abu Dhabi and Deputy Supreme Commander of the UAE Armed Forces, and under the monitoring of H.H. Sheikh Hamdan bin Zayed Al Nahyan, Ruler’s Representative in Al Dhafra Region and Chairman of the ERC.

The ERC delegation will continue to send urgent relief supplies to the most affected areas, despite the difficulties caused by damaged roads and infrastructure. It is also considering all options for reaching out to people in need in these areas.

Upon arriving in the Philippine capital, Manila, the delegation met with Richard Gordon, Chairman of the Philippine Red Cross, in the presence of representatives of the UAE Embassy, to discuss ways of reinforcing their coordination in providing relief services to the affected.

Gordon briefed the delegation on the humanitarian conditions in the Philippines, in general, and in affected areas in particular, noting that nearly 1.6 million people were affected by the floods and other repercussions of the typhoon.

In Legazpi, the capital of Albay Province, the ERC delegation met with Al Francis C. Bichara, Governor of Albay, who reviewed the humanitarian situation in the province and the effects of the typhoon on local people.

He also thanked the UAE Government for helping the victims of the typhoon and commended the ERC’s presence in the province, for standing firmly by those affected.

The delegation also visited many local areas that were badly affected by the natural disaster, where they evaluated the damage and explored the needs of residents.