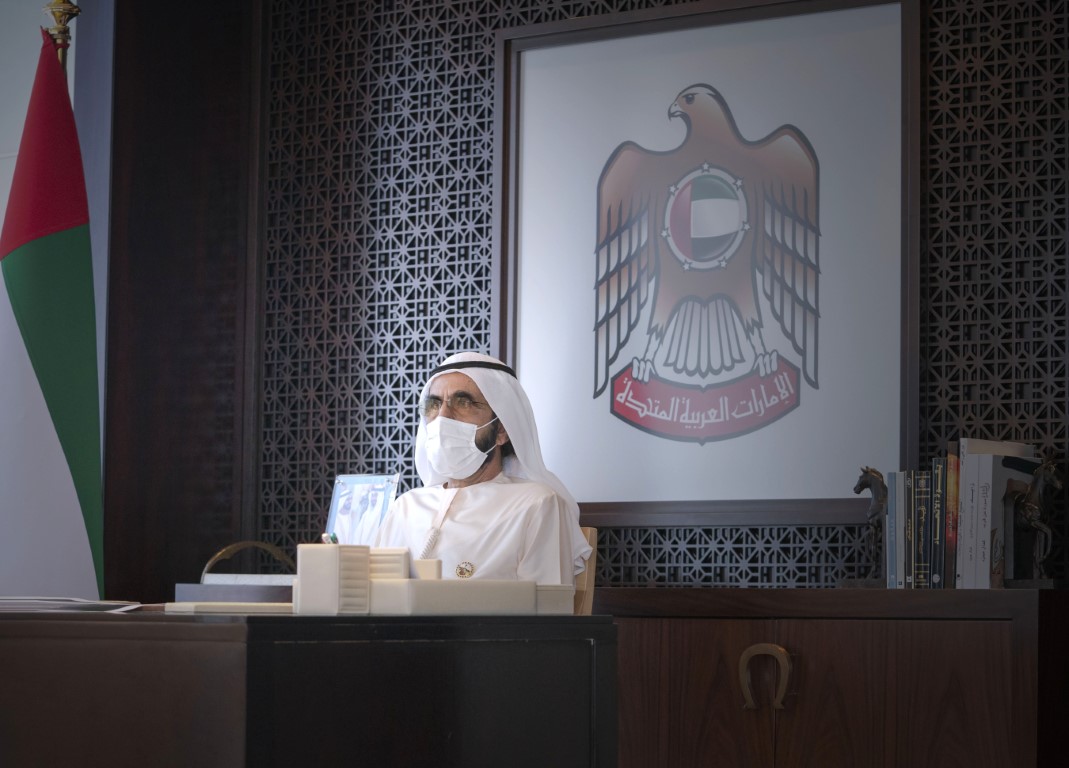 His Highness Sheikh Mohammed bin Rashid Al Maktoum, Vice President and Prime Minister of the UAE and Ruler of Dubai, has announced today a new satellite project called the MBZ-SAT, which will become the second Emirati satellite to be fully developed and built by a team of Emirati engineers after the KhalifaSat.

To be developed at the Mohammed Bin Rashid Space Centre, MBRSC, in Dubai, the MBZ-SAT is expected to be launched in 2023, making it the most advanced commercial satellite in the region in the field of high-resolution satellite imagery.

His Highness Sheikh Mohammed said, “The space sector is a key strategic sector that we strongly support, due to its role in improving the quality of life for people and providing humanity with innovative solutions for a better future. With the help of our national talent, we can raise the level of our ambitions and continue to support international efforts in the field of space science to serve the interests of both the region and the world.”

His Highness added, “We have chosen the name MBZ-SAT for the new satellite, which will be designed and developed by Emirati competencies and bear the initials of my brother Mohamed bin Zayed Al Nahyan, Crown Prince of Abu Dhabi and Deputy Supreme Commander of the UAE Armed Forces.

“The name was chosen in honour of the achievements he has contributed to, of which we are proud of among nations. Our goal is to fully benefit from space science and find new opportunities to support the development of our country and the region, and also help societies overcome environmental and developmental challenges so they can prosper and progress.”

The name of the previous satellite, KhalifaSat, was chosen by His Highness Sheikh Mohammed bin Rashid Al Maktoum in honour of His Highness Sheikh Khalifa bin Zayed Al Nahyan, President of the UAE. Launched into space in October 2018, KhalifaSat was the first satellite to be designed and completely developed in the UAE by a 100 percent Emirati team. Work on the KhalifaSat started in 2013 and it was the first satellite to be developed in the Arab world, ushering a new era in the field of space science and advanced technology for the region.

MBZ-SAT will be equipped with an automated system for arranging images round-the-clock, ensuring that it provides the highest quality standards of satellite images intended for commercial use globally. This project will strengthen the UAE’s partnerships in the space industry between the public and private sectors.

As the fourth Earth observation satellite to be developed and launched by MBRSC, the project will strengthen the Centre’s efforts to expand its portfolio of imaging technologies and products for government agencies and commercial entities worldwide. MBZ-SAT will contribute to meeting the growing commercial demand for high-resolution satellite images that will show details within an area of less than one square meter, which will be one of the most advanced features ever.

Due to the strategic plan of MBRSC and the approach it has taken over the years to qualify and train Emirati engineers, experts and technicians, a 100 percent Emirati team will work on developing the new satellite at the Centre’s laboratories. The Centre will also collaborate with local companies within the space sector, to manufacture and supply the components necessary for the development of MBZ-SAT. This strategic cooperation will enhance the sustainability of the national space sector in the UAE. After launching the satellite into low earth orbit, the ground station team at MBRSC, will analyse the data received from it, provide recommendations, high-resolution data and images to local and international entities.

The Centre will offer rapid turnaround of captured data, sharing it to users through an advanced system. This imagery solution can support a wide variety of uses within mapping and analysis, environmental monitoring, navigation, infrastructure management and disaster relief efforts, to name a few. The utility of satellite imagery in aiding and tackling natural disasters is in particular very important as they can help gauge the severity of the calamity, help plan relief efforts and aid in rebuilding efforts. 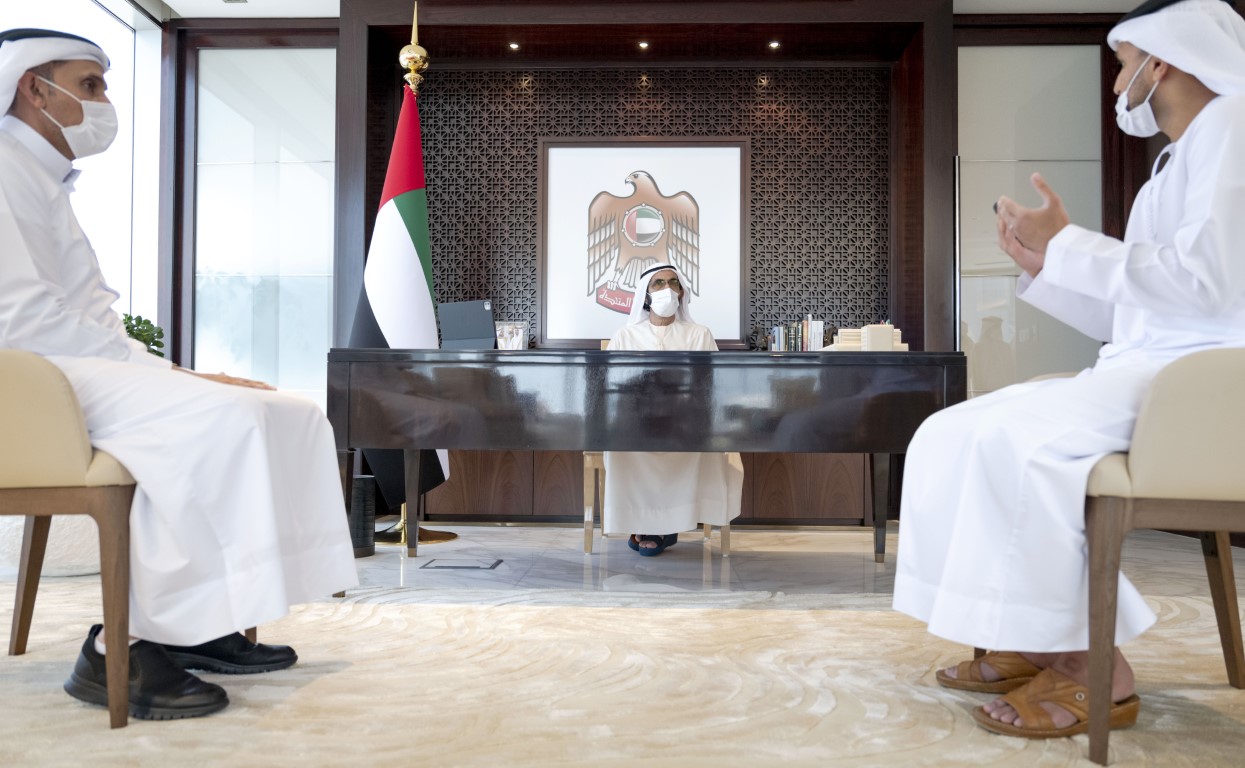 The 3m x 5m satellite, weighing in at around 700 kg, will improve image capture resolution by more than double what is capable in the previously launched system. It will also increase the downlink data transmission speed by thrice the current capacity. The fully automated image scheduling and processing system of MBZ-SAT will also be able to produce more than 10 times the images the Centre produces currently.

Pre-approvals will be set in place to facilitate the automation process. Commercial and government entities will be able to place an order online for high-res imaging round the clock. The image processing and downloads can be completed in less than two hours from receiving the request, depending on the satellite’s location. The MBZ-SAT will also utilise a global processing network by leveraging leading service provider’s suite of machine learning capabilities to shorten the time between request and delivery of high-res images.

The MBZ-SAT will be the first satellite capable of detecting a larger number of man-made as well as natural elements with a higher rate of precision and resolution, as compared to the current range of Earth observation satellites. Furthermore, the raw data gathered by the new satellite’s system will be able to process better AI functionality that can assist in quicker analysis and processing of satellite imagery.

Since its establishment, MBRSC has been dedicated to achieving positive benefits for societies by sharing innovations and valuable knowledge with companies and institutions around the world to achieve sustainable development. This focus is consistent with UAE’s National Space Programme’s strategy to “build a strong and sustainable UAE space sector that supports and protects national interests and vital industries, contributes to the diversification and growth of the economy, boosts UAE specialised competencies, develops scientific and technological capabilities, engrains the culture of innovation and national pride, and strengthens UAE’s status and role regionally and globally.”

An effective way to transfer technology and support the development of MBRSC’s commercial activity through partnership activities is a core component of Centre’s strategy to develop innovative new space technologies. The development of MBZ-SAT will enhance the UAE’s space sector by focussing on a sustainable ecosystem comprising of local players in the field of manufacturing, supply chain, logistics, electronic boards, specialised testing facilities, data analysis and more.

MBRSC has over the years partnered with private companies in space technology and plans to further improve on this partnership to create a sustainable space sector in the UAE, thereby encouraging more space ready technology manufacturing, data studies as well as testing centres within the country.

Hamad Obaid Al Mansoori, Chairman, MBRSC, said, “We believe that sustainable partnerships and collaborative efforts between public and private players is the need of the hour. The wise leadership of the UAE has always believed in the exceptional possibilities provided by a constructive and future-oriented approach that enables the nation to advance through scientific and technological advancements. The announcement of the launch of the new satellite MBZ-SAT and its services is just a glimpse into what the future holds for the UAE. It is incumbent upon us, along with our partners, to work together to foster opportunities that contribute to the sustainable and inclusive growth of our nation.”

Yousuf Hamad AlShaibani, Director-General, MBRSC, said, “Our highly capable team at MBRSC has always been at the forefront of taking on big challenges – from building the UAE’s first satellite, to working on the first Arab interplanetary mission and now the MBZ-SAT. The new mission will further extend the position of MBRSC as a pioneer in the region’s space sector and expand our abilities to serve a more global client base. It is also key to further cementing the UAE’s position as a competitive player in the global space industry.”

Engineer Amer AlGhafri, Senior Director of the Space Engineering Department and Project Manager of MBZ-SAT, MBRSC, said, “The image capture enhancements planned for the MBZ-SAT will help to set a whole new standard for commercial satellite imagery. MBRSC will be in the unique position to become one of the few countries worldwide capable of developing such advanced technologies. In addition to providing a comprehensive source of high-resolution satellite images, we will also have a dedicated team within the Centre who can analyse the collected data.”

For more than a decade, MBRSC has been providing detailed, high resolution satellite images that have been captured through satellites DubaiSat-1, DubaiSat-2 and KhalifaSat, according to the requirements and needs of government institutions and private sector companies around the world for more than a decade. The Centre is also part of the International Disaster Charter and Sentinel Asia, playing a crucial role in disaster relief and management globally.

The Mohammed Bin Rashid Space Centre, founded in 2006, is home to the UAE National Space Programme. The Centre builds and operates earth observation satellites, offering imaging and data analysis services to clients around the world. The Centre launched DubaiSat-1, DubaiSat-2, and recently launched KhalifaSat on 29 October 2018 from Tanegashima Space Center in Japan. KhalifaSat was developed 100 percent in the UAE by a team of highly qualified Emirati engineers.

The Centre is responsible for the Emirates Mars Mission “Hope Probe”, the first Arab interplanetary mission, which was launched on 20th July 2020. The Probe is expected to reach the Martian orbit by 2021 and gather key scientific data about Mars’ atmosphere. The Centre also manages the UAE Astronaut Programme, which saw the launch of Hazzaa AlMansoori, the first Emirati Astronaut, to the International Space Station on a scientific mission on 25th September 2019, and the development of the Mars 2117 Programme to build a human colony on Mars.