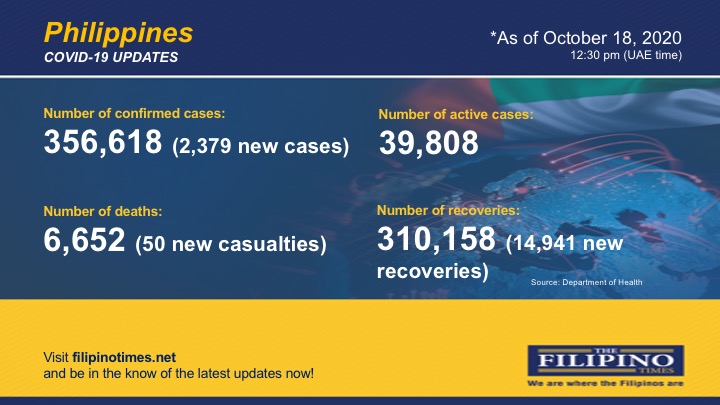 The Department of Health has announced that the Philippines has already surpassed the 356,000-mark in the number of coronavirus disease (COVID-19) cases as it records 2,379 new cases. The total number now stands at 356,618.

DOH has also confirmed that the recoveries in the country now stands at 310,158, after 14,941 patients have been declared recovered from the virus as part of the department’s Oplan Recovery Program.

In addition, the department announced a record of 50 new fatalities, bringing the total number to 6,652.

President Rodrigo Duterte on September 28 announced that Metro Manila along with Batangas, Tacloban City, Iloilo City, Bacolod and Iligan City will be placed under general community quarantine (GCQ) from October 1 until October 31.