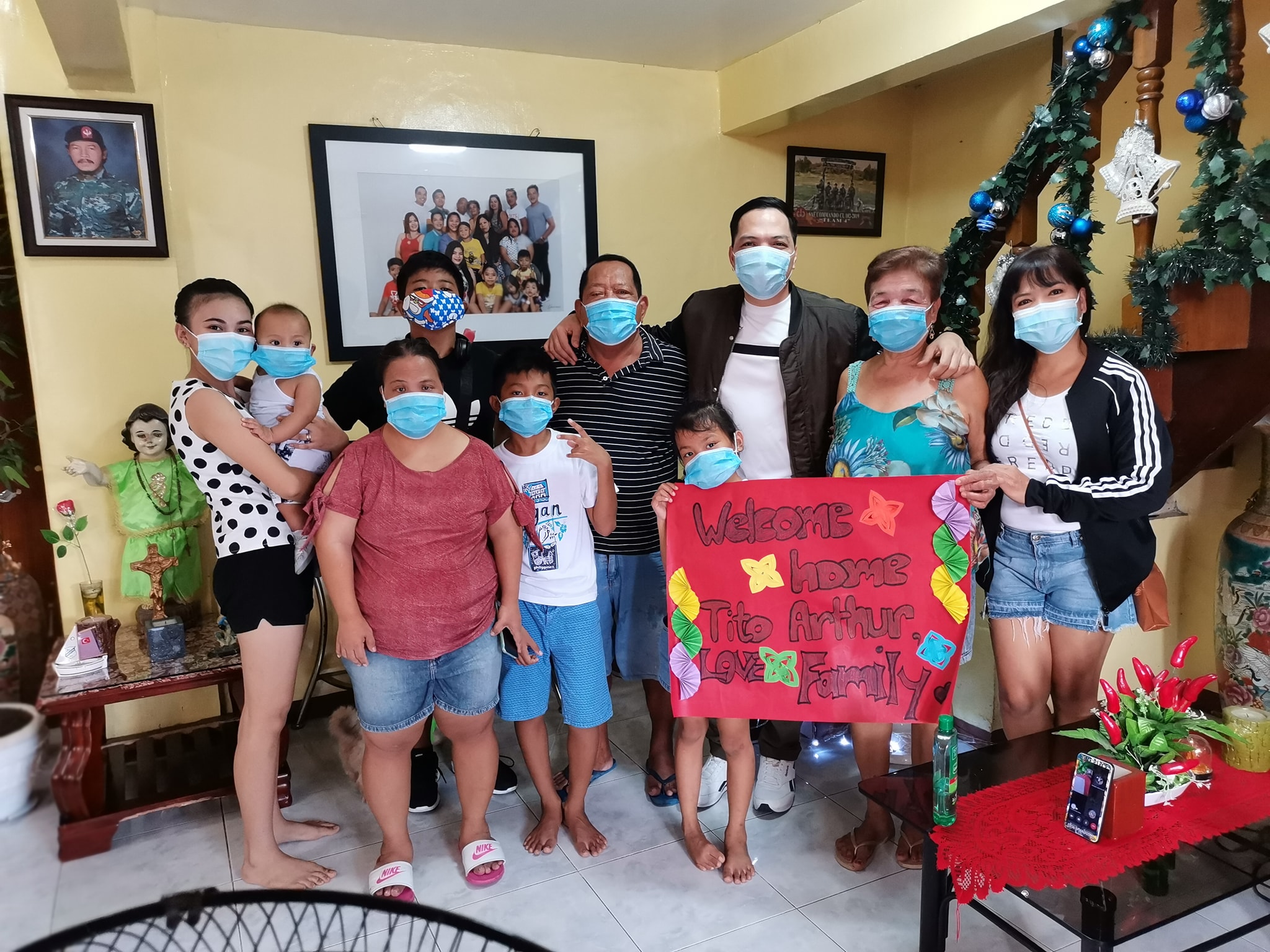 An overseas Filipino worker (OFW) in Abu Dhabi chose not to tell his mother that he got infected of COVID-19, as she was suffering from a serious heart condition.

OFW Art Marasigan, 32, has been working in the UAE for few years now as a travel agent.

Marasigan’s job also allowed him to bring his parents with him to some of his travels.

However, the COVID-19 pandemic has taken a huge toll on his company. The travel agency he is working in stopped all their transactions due to the pandemic and they were told to go on leave.

The worse, however, was not yet over. The OFW started feeling COVID-19 symptoms last July. He later on tested positive for the virus and had been admitted in a hospital.

Marasigan recovered from COVID-19 last July 22, but only his siblings knew about what he had been through for two weeks in the hospital.

It was only on his birthday, September 4, that Marasigan decided to tell his parents about what he had been through in an emotional video call.

His parents were shocked when he revealed what happened, crying and sobbing as told his story of how he battled COVID-19.

On September 19, Marasigan decided to fly home, almost a month after he was discharge from the hospital. He underwent the mandatory quarantine in a hotel in Pasay.

After he tested negative in the COVID-19 swab test, he went straight to his hometown in Batangas City on September 12 and had an emotional reunion with his parents.