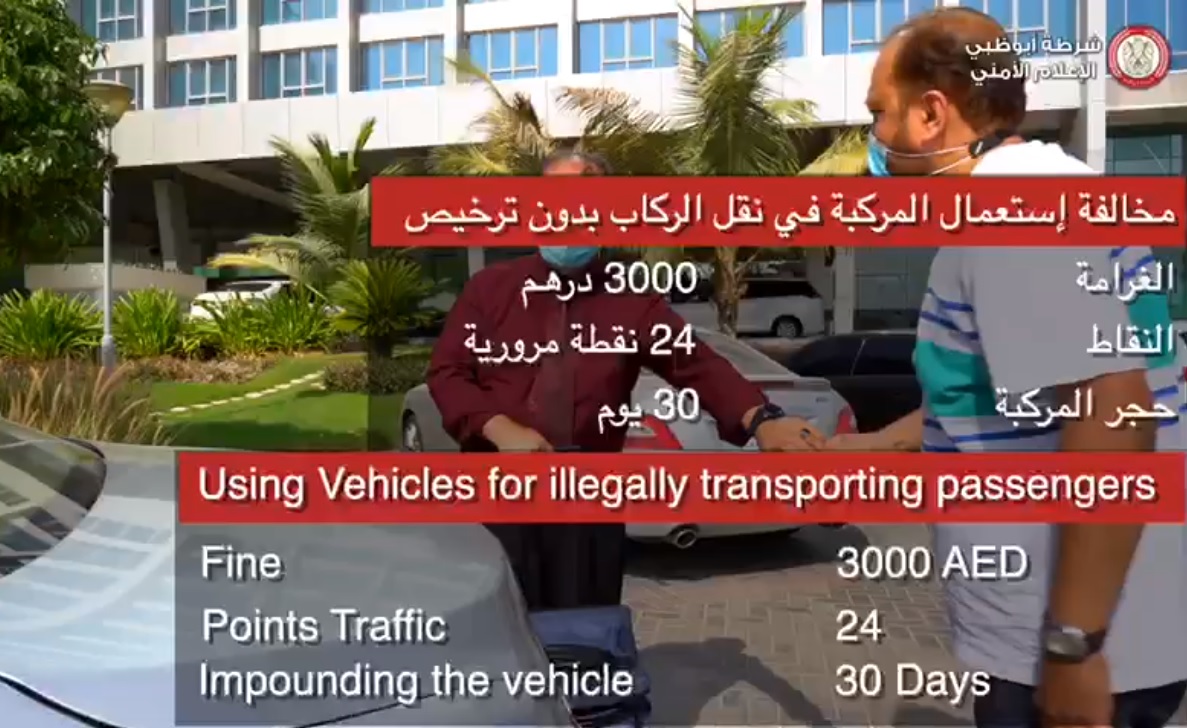 Motorists in the UAE are reminded not to conduct illegal transport services stating that this could lead to huge fines, traffic points and confiscation of their vehicles.

A video from the Abu Dhabi Police reveals that the fine for the motorist caught transporting other people will be AED 3,000 and will have 24 black points on his traffic record.

The driver’s vehicle will also be impounded for 30 days following the violation.

Authorities also called on the public to avoid patronizing these illegal activities and to only used approved, licensed modes of transportation for everyone’s safety.