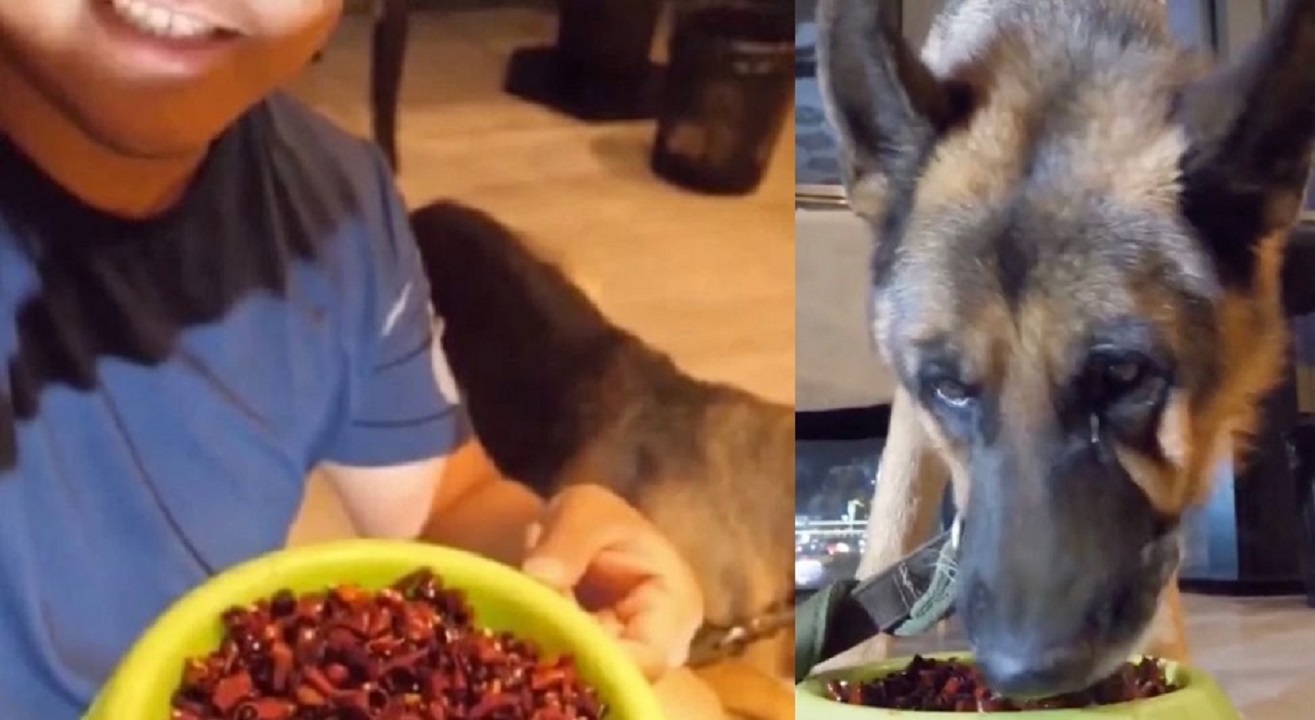 In the live-streamed video, the German Shepherd appeared to be crying after his owner fed him a bowl of Sichuan Chili Chicken as part of an online trend in China called ‘chibo’ or ‘eating broadcasts’.

RELATED STORY: Dog bleeds, gets injured after getting stuck in escalator

Reports from Mirror.co.uk state that the Chinese government has cracked down on the internet craze due to the increase in food waste that the country is experiencing.

Authorities have banned similar content from popular live-streaming sites such as Douyin, China’s version of TikTok. But pet owners have shifted from eating food themselves to putting their dogs to the spotlight with serious implications such as this incident.

Several netizens called out the owner stating that his video is an act of cruelty.

“The dog is clearly not enjoying it – stop it right now!” said a netizen.

READ ON: Egypt sentences female influencers to 2 years in prison for TikTok videos

Another person wrote that the amount of spice in the dish is too much for dogs to handle.

“He can’t take it anymore, it’s too spicy for a dog. This is too cruel to watch,” said the netizen.