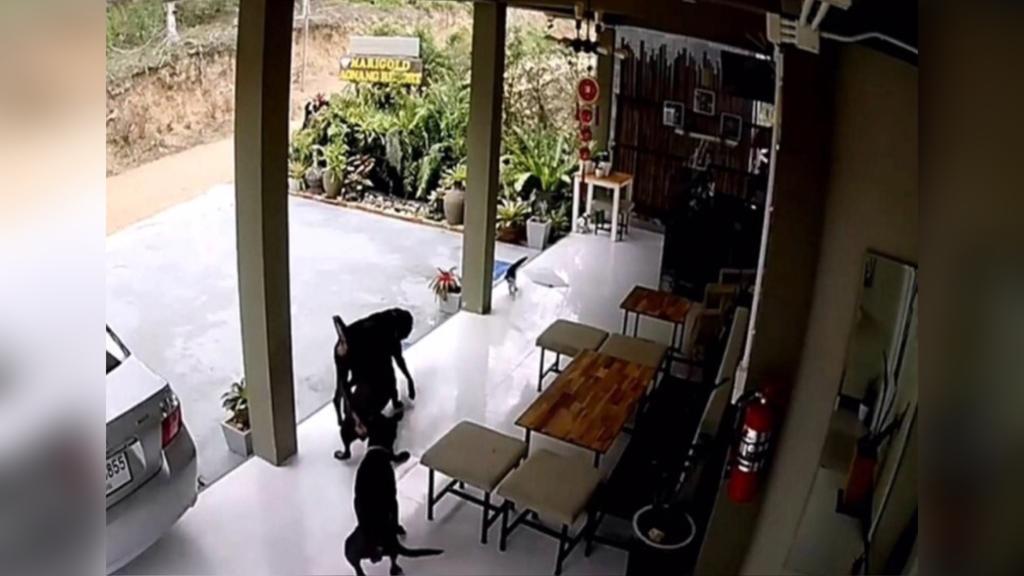 Photo credit: The Nation/Asia News Network via Asia One

A Thai Bangkaew Dog has died in Krabi, Thailand after trying to defend a cat from being attacked by three Rottweilers, Asia News Network reported.

According to its owner, Ruethairat Wongwiwat, Dexter was killed by the neighbourhood canines who were about to attack the cat he lived with in the same house. She said the dog came to the rescue of the feline as he was about to get attacked by the big dogs.

In a video recorded by a CCTV camera, it showed the Rottweilers moving towards Dexter after the cat ecapd. The Bangkaew was then seen crawling to the house and passed away.

Asia News Network reported that Wongwiwat only saw her dead dog when she went home in the evening. Heartbroken, she said she filed a complaint to the police station against the German man who owns the three Rottweilers.