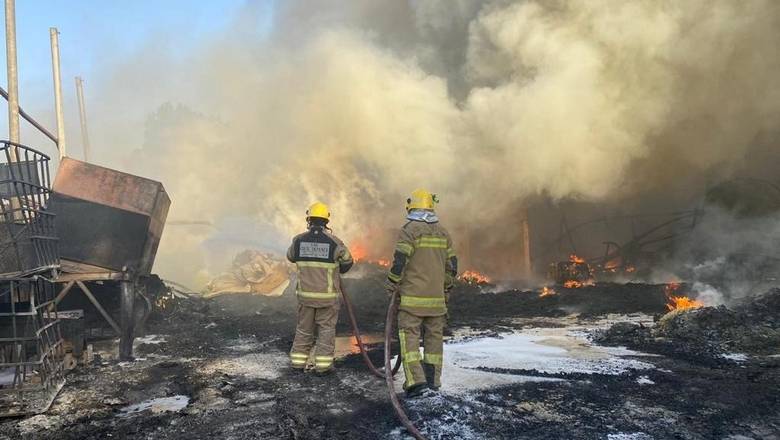 A massive fire in the Al Jerf Industrial area in Ajman has brought four furniture warehouses down on Tuesday afternoon.

There were no casualties in the fire, but police are yet to determine the cause of the fire as well as the worth of damage.

According to Ajman Civil Defense Director Brigadier Abdullaziz Al Al Shamsi they were alerted about the incident around noontime.

Civil Defense teams from Sharjah and Umm Al Quwain assisted them to bring the blaze under control.