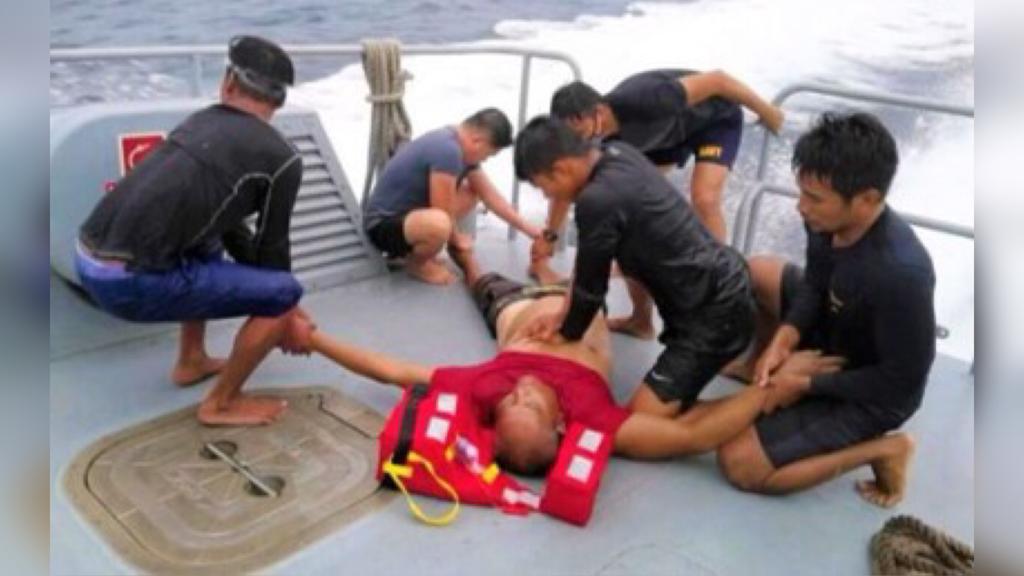 Four fishermen have been rescued on September 14 by naval forces after their motorboat capsized in Zamboanga City.

He said the authorities noticed the four fishermen—Erickson Brocka, 19; Richard Brocka, 30; Oroy Gay, 27; and, George Alvarasen, 36, all from Pagadian City—while they were on the way to a shipyard in Barangay Cawit. The four were seeking help as they were standing on a capsized boat, M/B Elsa 3.

They also said that the boat master, the father of Erickson and Richard, was still inside the capsized motorboat.

The crew were able to rescue everyone, including the boat master, and coordinated with the 4th Boat Attack Division and the Naval Special Operations Unit-6 for the deployment of the emergency response team to the area.

The boat master, 55-year-old Enricky Brocka, was unconscious upon retrieval and was rushed to Zamboanga City Medical Center but was declared dead on arrival due to asphyxiation secondary to accidental drowning, Kagaoan said.

“We provided the necessary assistance to the victims of the sea mishap and communicated with their respective families,” Kagaoan said.

The motorboat capsized after it was battered by big waves brought about by inclement weather due to the low-pressure area being experienced by the country since Sunday, according to the Philippine Atmospheric, Geophysical, and Astronomical Services Administration (PAGASA).

“We extend our deepest sympathy to the sons and relatives of the boat master who perished after their boat was capsized due to bad weather yesterday afternoon (Monday),” said Maj. Gen. Corleto Vinluan, Jr., commander of the Western Mindanao Command.