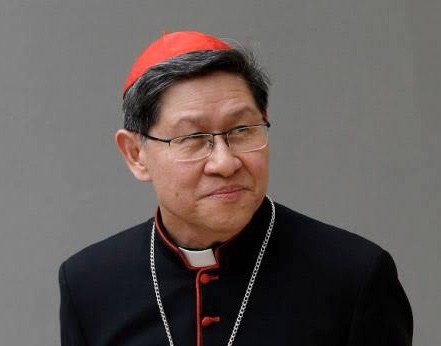 Former Manila Archbishop Cardinal Luis Antonio Tagle, who is currently the Prefect of the Congregation for the Evangelization of Peoples, has tested positive for COVID-19, the Vatican press confirmed.

Tagle, 63, tested positive for COVID-19 upon his arrival in Manila from the Vatican on Thursday.

“Cardinal Tagle actually tested positive for Covid-19 with a pharyngeal swab carried out yesterday on his arrival in Manila,” said a brief statement by Matteo Bruni, the Director of the Holy See Press Office.

He has shown no symptoms of COVID, the press office added.

It further confirmed that Tagle will stay in quarantine while in the Philippines.

Contact tracing is now underway for those who may have had an exposure with the Cardinal in the past few days.