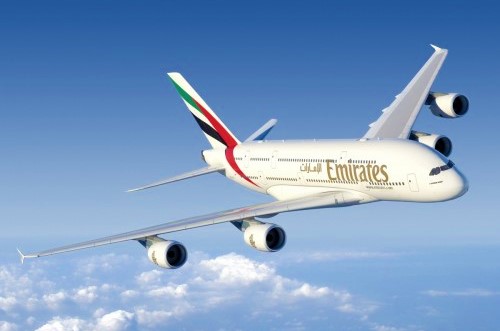 Emirates will be operating a one-off A380 service to Clark International Airport on 19 August 2020, marking the first commercial flight, utilizing an A380 aircraft, to operate to Clark.

The special flight will help to meet the demand for flights to and from the Philippines, especially serving passengers from the metro Manila and the surrounding Luzon areas and beyond.

Orhan Abbas, Senior Vice President, Commercial Operations – Far East, Emirates said: “We are proud to fly our first scheduled A380 service to Clark, in the year we are celebrating our 30th anniversary of serving the Philippines. Emirates has shared a long-standing relationship with the country and our commitment to it and our customers remains stronger than ever.”

“We would like to thank the authorities in the Philippines for supporting us throughout the years. We resumed scheduled passenger services to Clark on 1 August with six weekly flights and have since been witnessing tremendous demand from customers in the UAE and other cities within our network to travel to the Philippines. In addition to marking a milestone and making its debut to Clark, the highly-popular Emirates A380 aircraft will accommodate more travellers on the flight, while allowing them to experience its unique features and safety protocols we have put in place to protect our customers and crew.”

Emirates has been serving the Philippines since 1990 and inaugurated its first service to Clark in 2016. In 2014, the Emirates A380 made a one-off trip to Manila, marking its first arrival in the Philippines. Since the resumption of flights to Clark earlier this month, Emirates has seen a huge demand on its six weekly fights, as well as its daily flights between Dubai and Manila. On 20 August, Emirates will resume its operations to Cebu.

The much-loved aircraft took to the skies again in July, and now serves destinations including London Heathrow, Paris, Cairo and Guangzhou. Its network will grow further on 16 August with scheduled A380 services to Toronto.

With safety as a priority, Emirates is gradually expanding its passenger services to 74 cities in August, allowing travellers to connect safely and conveniently to the Americas, Europe, Africa, Middle East, and Asia Pacific via Dubai. Customers from Emirates’ network can stop over or travel to Dubai as the city has re-opened for international business and leisure visitors. COVID-19 PCR tests are mandatory for all inbound and transit passengers arriving to Dubai (and the UAE), including UAE citizens, residents and tourists, irrespective of the country they are coming from.