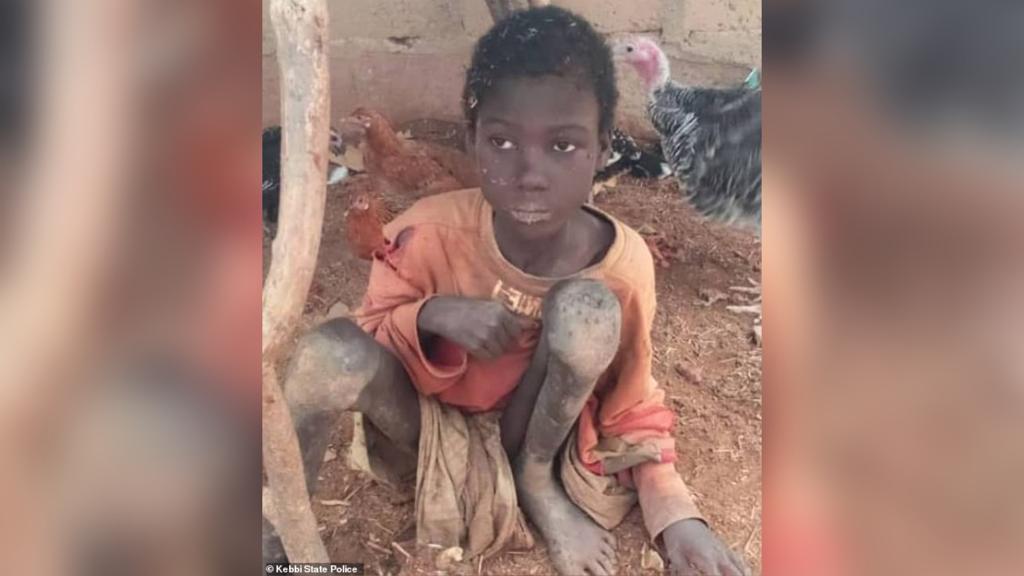 A 12-year-old boy has been rescued from his family after being chained and caged in an animal shed, living off goat food for two years.

In a report by The Daily Mail, a group of human rights lawyers went to the residence of the family after receiving an anonymous tip regarding the abuse. There, the report said, they found the boy starving and barely able to stand.

BBC also reported that he was tied to a wooden pillar and had been living and sleeping with goats and chickens.

The head of the rescue team also stressed that the boy’s family, including his father, wives, and siblings, were living in comfort inside the house.

“Our men have arrested the father and three wives for allegedly chaining the boy for over two years,” said DSP Nafi’u Abubakar, the Public Relations Officer of the rescue team.

The boy was rushed to the hospital and is now recovering in intensive care.

It was also reported that one of the victim’s brother told journalists that the boy was suffering from epilepsy and was chained to stop him from roaming around and going missing.