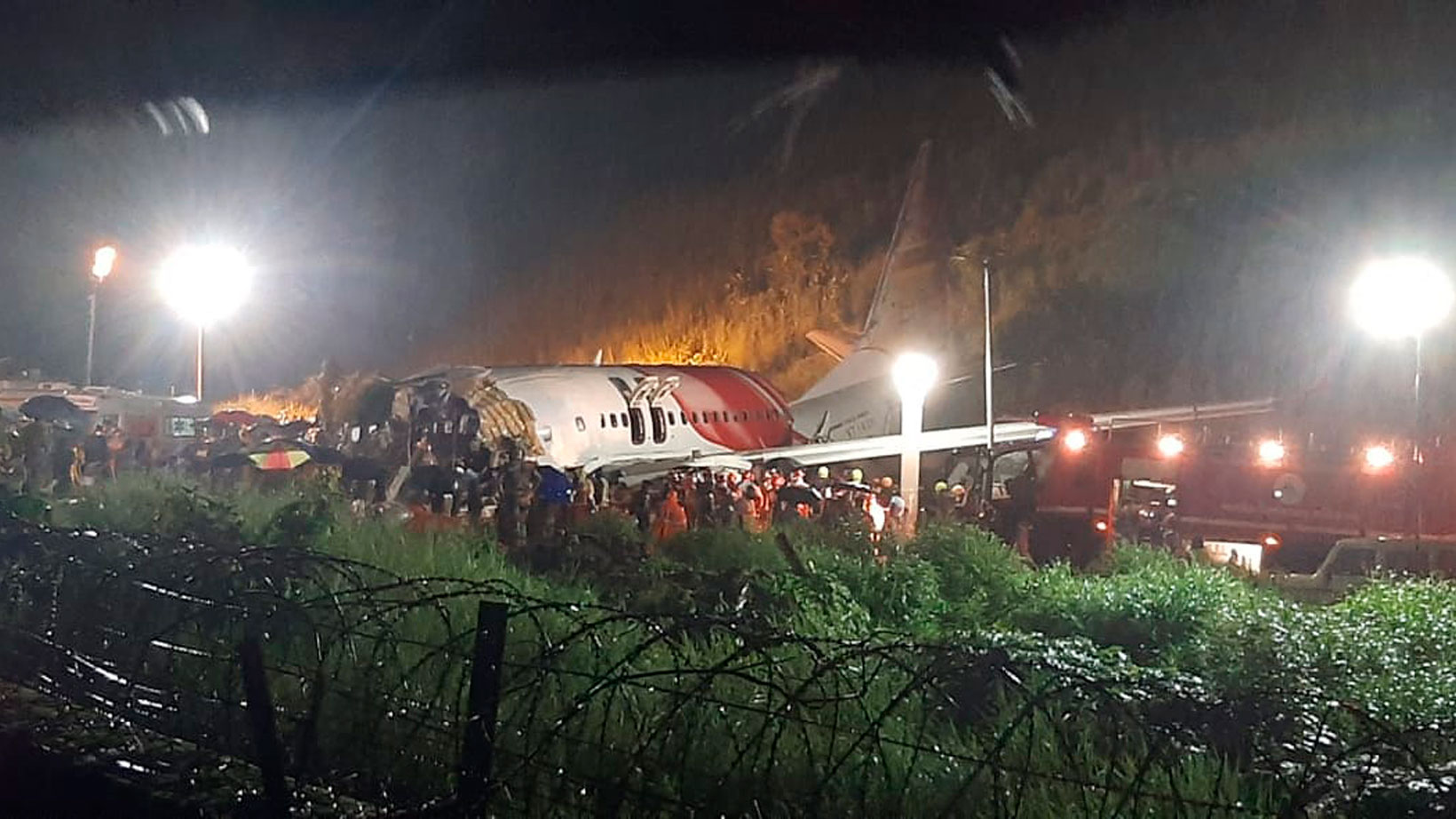 Videos on social media show the serious damage caused by the impact of the crash to an Air India Express passenger flight after it overshot the runway of Kerala’s Kozhikode airport at around 7:40 p.m., Friday.

The aircraft was reportedly carrying 190 passengers and crew. Local report updates said at least 15 people have been killed including its two pilots and more than 120 suffered minor to serious injuries.

The aircraft was en route from Dubai to Kerala amid a heavy downpour when it ripped apart at the Kozhikode airport with debris strewn all over.

Ambulance, fire truck and rescuers vehicles are still at the crash site, as seen in videos surfacing on social media.

#WATCH Kerala: Visuals from outside the Karipur Airport, after Dubai-Kozhikode Air India flight (IX-1344) with 190 people onboard skidded during landing at the airport. pic.twitter.com/hCimakcNRY


The ongoing rescue operations make a hectic scene as people run around in frantic.

India’s Prime Minister Narendra Modi tweeted about the plane crash in southwest India, saying he was “pained by the plane accident in Kozhikode.”

“My thoughts are with those who lost their loved ones. May the injured recover at the earliest,” he tweeted.