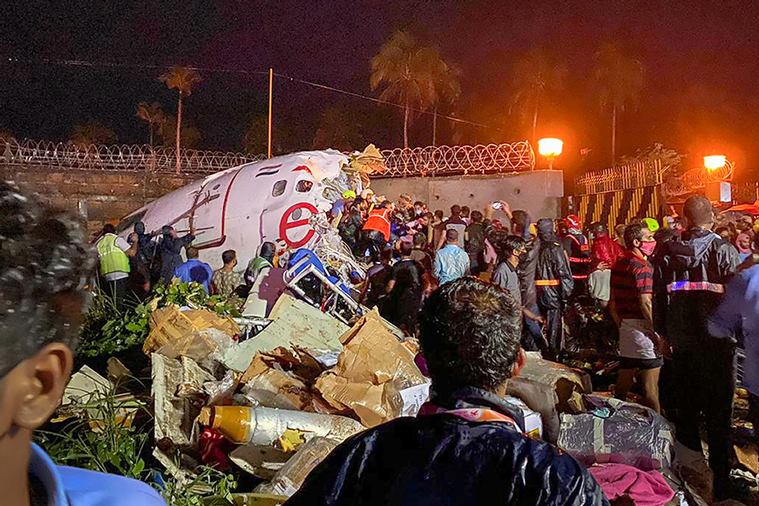 With reports from CNN, Anadolu and The Indian Express (PTI photo) 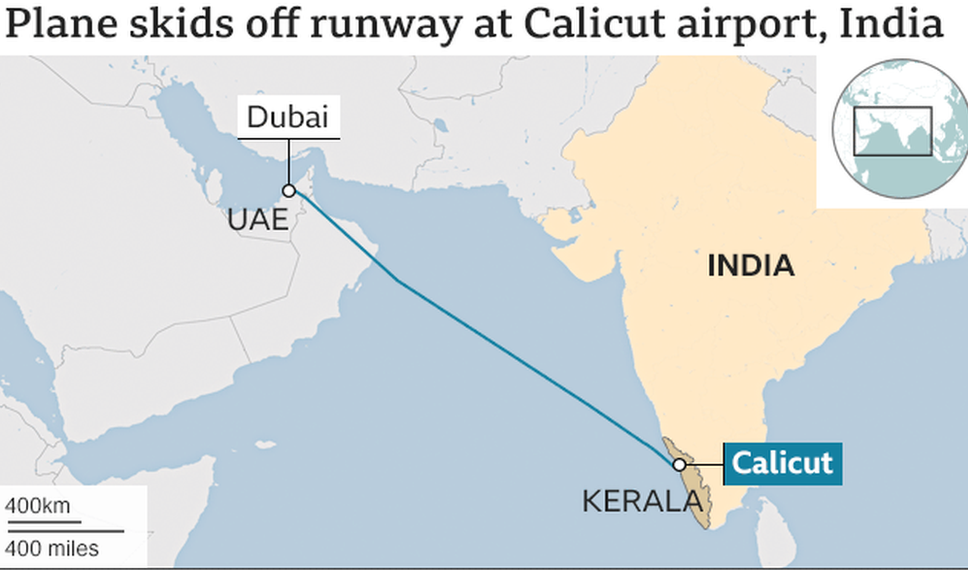 • The plane departed Dubai at 2:14 p.m., Friday, according to the website FlightAware.com

• Local authorities said the aircraft was carrying 191 passengers and crew

• The crash on landing took place amid heavy rainfall

• Flightradar24 shows the plane appears to have attempted to land twice at the airport.

• The data showed the plane looping around the airport before attempting to land.

• Survivors told local news that the aircraft went up and down many times before landing and the disaster occurred after the plane had clearly touched the runway.

• According to India’s Directorate General of Civil Aviation (DGCA), the plane broke down into two pieces at the Kozhikode Airport

• “Air india Express AXB1344, B737 Dubai to Calicut, person on board 191, visibility 2000 meter, heavy rain, after landing Runway 10, continue running to end of runway and fall down in the valley and broke down in two pieces,” the DGCA said

• Alphons KJ, a leader of the ruling Bhartiya Janta Party (BJP) from Kerala and former Indian minister, said the plane did not catch fire

• “Second tragedy of the day in Kerala: Air India Express skids off the runway at Kozhikode, front portion splits, pilot dies and lots of passengers injured. All passengers evacuated. Very lucky the aircraft didn’t catch fire,” he said on Twitter.