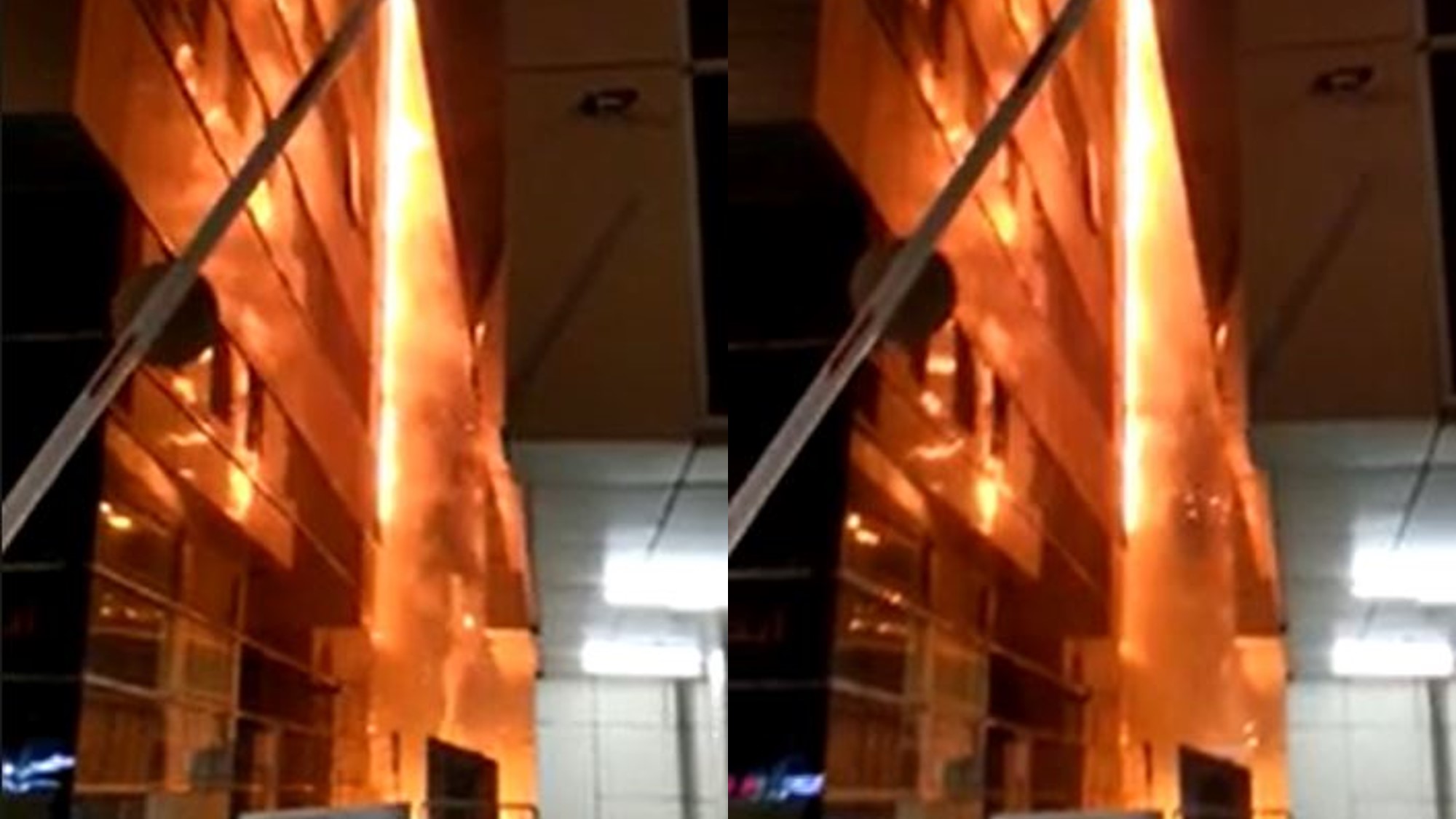 Screenshot from The National video

A massive fire has swept through a building at Al Nahyan in Abu Dhabi at around 8.30 p.m., Friday, reported The National.

The flames has crept along a tower on Al Marwu Steet, near Mediclinic Al Mamora, said the report.

Civil Defence rushed to the site and cordoned off the area.

Some residents told the report that they heard a loud bang before the fire started.

The cause of the fire was not immediately known.

Authorities have no official statement yet, as of this posting.

The incident happened two days after a huge fire engulfed a souq in Ajman.