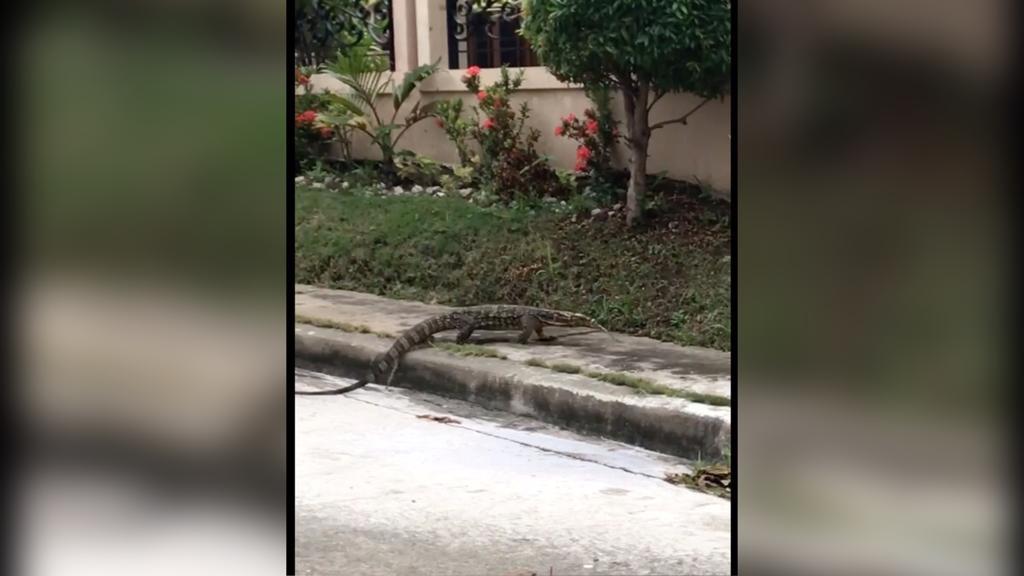 A video of a monitor lizard or bayawak in Filipino recently went viral on social media after it was seen roaming around the streets of a subdivision in Davao City.

In a Facebook post by netizen Maverick Dave Cantillo, he said he was on his way outside his subdivision in Barangay Ma-a when he saw the bayawak crawling on the road, seemingly looking for food.

The creature, however, scampered away as soon as it heard a car passing by.

Cantillo said it was his first time seeing a monitor lizard, especially one crawling around a subdivision.

According to the Department of Environment and Natural Resources Region XI, this was not the first instance they learned about monitor lizards roaming around. He said this could be because the area was quiet, pushing these creatures to come out to look for food.

DENR also advised everyone to report to them immediately if they see wild animals roaming around the city, and asked not to touch or catch them.