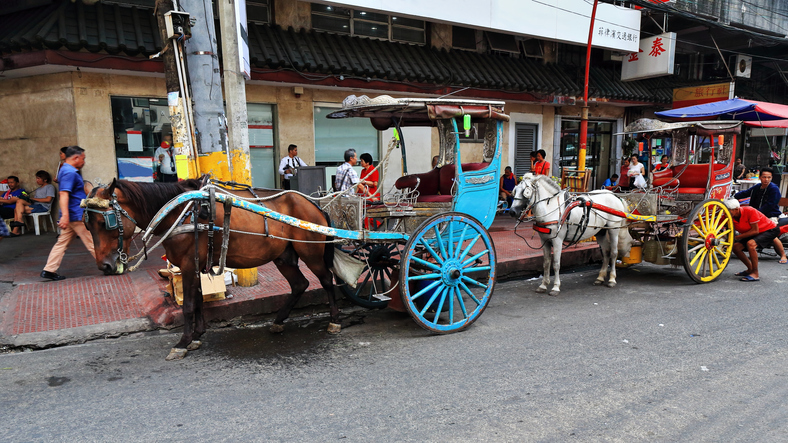 Many of the kalesa drivers or “kutsero” in the city of Manila have decided to sell their horses and go back to their provinces after their livelihood was deeply affected by the preventive measures against COVID-19, GMA News reported.

Following the suspension of tourism, several attractions in Manila have closed down, including Spanish Fortress, Fort Santiago, and Luneta Park—affecting the many kutseros whose income depends on tourists visiting these areas.

A lot of them, according to kutsero named Laylo, have parked their kalesas in Intramuros and sold their horses to return to their rural hometowns.

Laylo is one of those who remained in Manila and tries to survive by taking passengers to routes where jeepneys are not yet allowed to pass through.

He added that since the suspension of tourism, a huge chunk of his income was affected.

According to Intramuros Administration Administrator Guiller Asido, the Department of Labor and Employment have helped many of these kalesa drivers in April and May through financial aid worth PHP5,300 in exchange for community service.

“They were actually the very first that were given assistance by DOLE sa TUPAD (Tulong Panghanapbuhay sa Ating Disadvantaged / Displaced Workers) program. Ang role namin sa Intramuros Administration was basically to facilitate the enrollment of the kutseros to the program.”

However, since the program was done, a lot of the drivers have opted to go back to their hometowns instead.

Asido said that they have to wait for tourism to be allowed for them to further help the affected kutseros.

“We have to wait for the guidelines to be issued by IATF. When tourism activities are allowed, doon pa lang, but we will do this slowly. We’ll do this slowly but surely,” he said.

SEE ALSO: Duterte to respond to frontliners’ appeal for 2-week ECQ in NCR