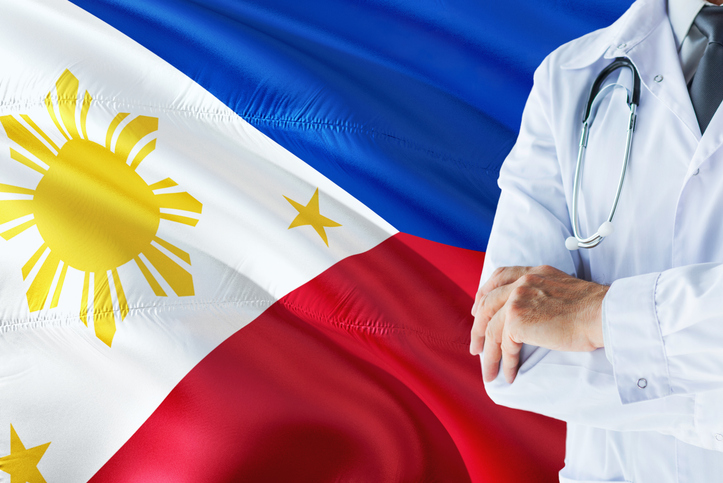 More than 7% of healthcare workers in the US are Filipinos, with 1 in 4 of them employed in the medical industry in New York-New Jersey

The Filipino healthcare workers in the US have been left reeling from the coronavirus disease (COVID-19), with many of them succumbing to the virus and suffering from discrimination in the country—according to study.

In an analysis done by non-profit investigation journalism organization ProPublica, over 30 Filipinos frontliners in New York-New Jersey area have already died from the virus, along with many people in their families who have also contracted the virus from them.

A US Filipino community organizer Bernadette Ellorin said COVID-19 hit their community the hardest, given that majority of them work in the healthcare industry—specifically battling at the frontlines of the virus.

Study by ProPublica added that among the biggest Filipino enclaves in the East Coast are in New York, the most impacted city in the country.

ProPublica’s analysis added that over 7 percent of the healthcare professionals in the US—or nearly 500,000 workers—are Filipinos, and that one in every four Filipinos in the New York-New Jersey area alone works in the medical industry.

Psychology professor Kevin Nadal, who has studied Filipino-American psychology and culture, told PBS that the trauma being experienced by the community in the US due to the pandemic are “similar to times of war.”

Among those who have died include occupational therapist Don Ryan Batayola, who came from a family mostly composed of healthcare workers, they “could open their own hospital.”

“It’s so sad when you’re a nurse, and you can’t even help your own family,” said his sister Aimee Canton, who currently works as an oncology nurse in Northern California.

In addition, other Filipinos working in healthcare supporting roles—and their families—have also been suffering from the pandemic. Louis Torres, a director of food services at a nursing home in Queens, had died from the virus—infecting her 73-year-old mother and her son, who also succumbed to the disease shortly after.

Ellorin also told ProPublica that many of these Filipino healthcare workers are forced to work without proper personal protective equipment (PPEs), noting that they are “being infected and not being protected, and then their families, or whoever they live with, are getting infected.”

These Filipinos, according to filmmaker Marissa Aroy—who has created a documentary about Filipino nurses—are not only battling the disease, but also the discrimination from supporters of US President Donald Trump who constantly call COVID-19 the “Chinese virus.”

Studies have shown that civil organizations have reported 1,500 anti-Asian hate incidents, including against Filipino Americans.

“This anti-Asian racism that’s happening right now, what it makes me want to do is scream out: ‘How dare you treat us like the carriers? We are your caregivers,’” she told ProPublica.