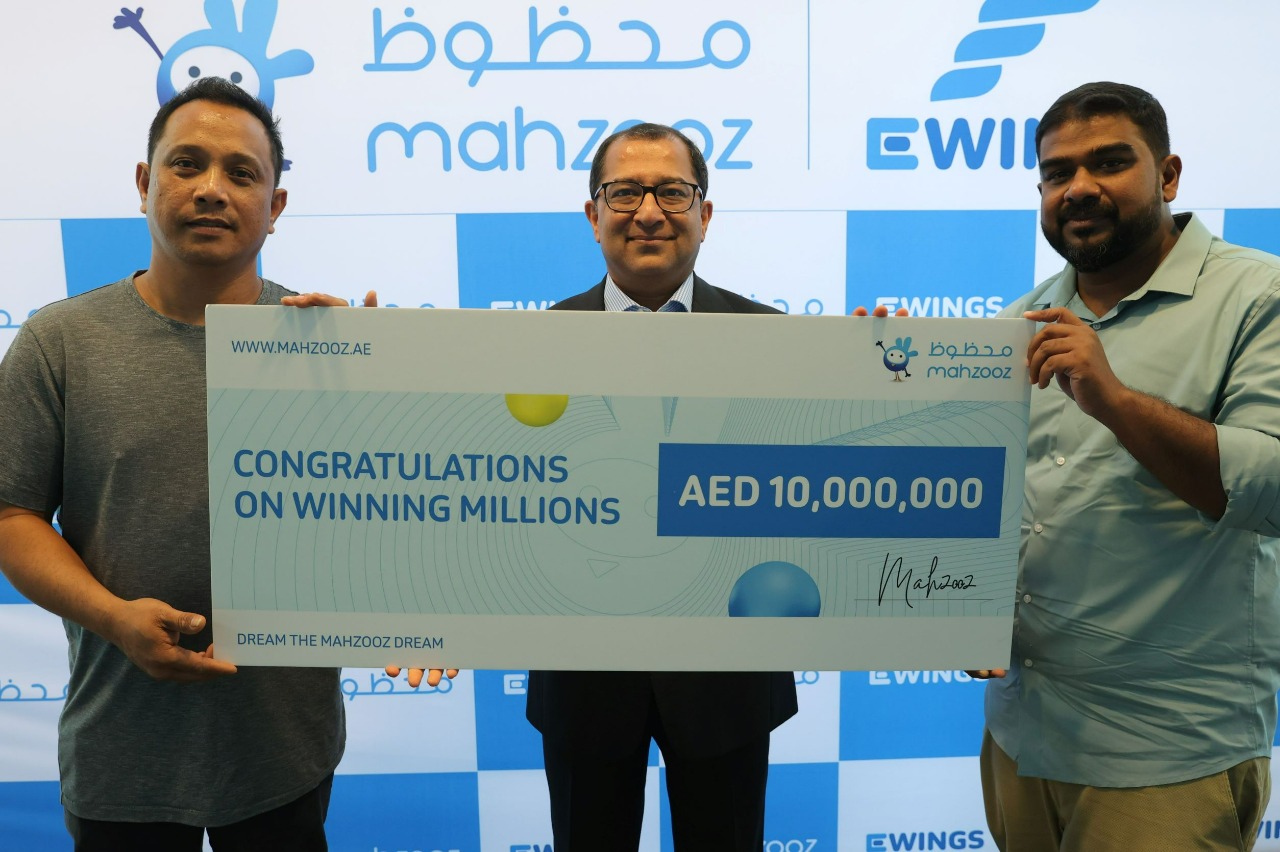 Mahzooz E-wings has presented two of their latest millionaire winners whose numbers were drawn during the 88th weekly draw last August 6. The two winners, an Indian and a Filipino will split the 10 million dirhams prize money which amounts to almost 76 million pesos (5-million dirhams).

Nelson, 45, considers his win as a birthday gift as he is bound to celebrate his birthday this Saturday, August 19. He works as a machine operator in a wet wipes company in Dubai.

He said he plans to buy a rice field, build a new house and start an apartment business. While his 19-year-old daughter who is currently in college has asked him for a car.

He shared that he has no savings in his 14 years of working as an OFW and only earns 3500 dirhams monthly.

He said he came to know about Mahzooz through his childhood friend, Hesus, whom Nelson assisted to secure a job here in Dubai.

Nelson also shared that he made sure to be prudent to make sure that he has enough to purchase a line every week.

In the past 12 months, he has only purchased one line a week and used the same combination of numbers.

His friend, Hesus, was with him during the press conference. Hesus said seeing how Nelson lived his life in the past, he deserved the becoming a millionaire.

Nelson encouraged other Filipinos to keep on striving and don’t stop chasing for their dreams.

The other winner, Shanavaz, 41, hails from India. He works as a car fleet operator in a rent-a-car company in Dubai. He has been joining the Mahzooz draw for 18 months.

Both of them said that they don’t plan to leave their jobs and would think through carefully how they will spend their prize money.

Farid Samji, owner of Mahzooz said that Filipinos and Indians are the top bettors in their draw.

“Participants from India and the Philippines top the list of our players respectively. To date, over 50,000 participants from India have been among Mahzooz’s winners, with over 3000 of them scooping up the  first and second prizes. As Filipinos form our second largest participants’ base, Mahzooz celebrated over 27,000 winners from the Philippines, with more than 1700 of them winning the two top prizes,” said Samji.

This website uses cookies to improve your experience while you navigate through the website. Out of these, the cookies that are categorized as necessary are stored on your browser as they are essential for the working of basic functionalities of the website. We also use third-party cookies that help us analyze and understand how you use this website. These cookies will be stored in your browser only with your consent. You also have the option to opt-out of these cookies. But opting out of some of these cookies may affect your browsing experience.
Necessary Always Enabled
Necessary cookies are absolutely essential for the website to function properly. These cookies ensure basic functionalities and security features of the website, anonymously.
Functional
Functional cookies help to perform certain functionalities like sharing the content of the website on social media platforms, collect feedbacks, and other third-party features.
Performance
Performance cookies are used to understand and analyze the key performance indexes of the website which helps in delivering a better user experience for the visitors.
Analytics
Analytical cookies are used to understand how visitors interact with the website. These cookies help provide information on metrics the number of visitors, bounce rate, traffic source, etc.
Advertisement
Advertisement cookies are used to provide visitors with relevant ads and marketing campaigns. These cookies track visitors across websites and collect information to provide customized ads.
Others
Other uncategorized cookies are those that are being analyzed and have not been classified into a category as yet.
SAVE & ACCEPT
1272 shares
Close