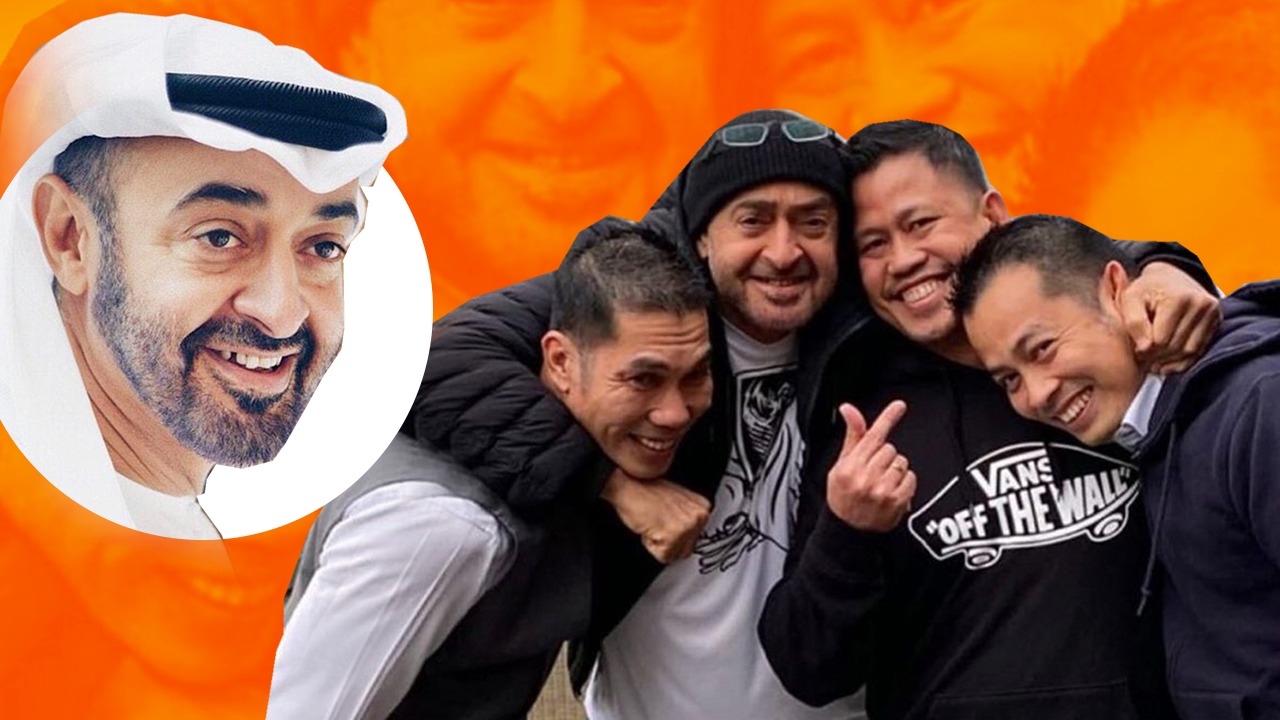 A recent photo of His Highness Sheikh Mohamed bin Zayed, Crown Prince of Abu Dhabi and Deputy Supreme Commander of the Armed Forces, with his household staff has captivated the hearts of many netizens in the UAE.

As of this posting, the photo uploaded by the Instagram account @emiratesroyalfamily has garnered more than 16,400 likes.

A source confirmed to The Filipino Times that the three men with Sheikh Mohamed in the viral photo are all Filipino household staff of the UAE leader.

“Peter”, whose real name was withheld to protect his privacy, said in an interview that the photo was taken days ago abroad.

[It was taken in a vacation; he allowed us to join him. The photo was only three days ago.]

[We have been working for him for many years now. Some have reached 15 to 20 years already.]

[He’s very kindhearted. He treats us (his staff) like family. You’d never see him getting mad or shouting. It’s the same kind of treatment he gives to everyone whether they’re nationals from India, Bangladesh, especially the ones from the Philippines.]

As a Filipino staff, he couldn’t feel prouder for the Sheikh after lots of inspiring praises dedicated to him after the photo went viral. He added that His Highness’ unparalleled altruism and profound kindness endeared him to them throughout the years.

[He’s a prominent leader with a humble heart for his people, not only for us his staff. It also makes us flattered that most Filipinos here do appreciate such a kind and down to earth leader which is obvious in the photo. As one of his staff, we’re proud that a lot of people look up to him and praise him.]

[Filipinos have a special place in his heart because we always show him how tidy and hardworking we are as workers. We do more than what is expected, as long as it would be of service to him and his family. We’re really proud to be Filipinos.]
702 shares