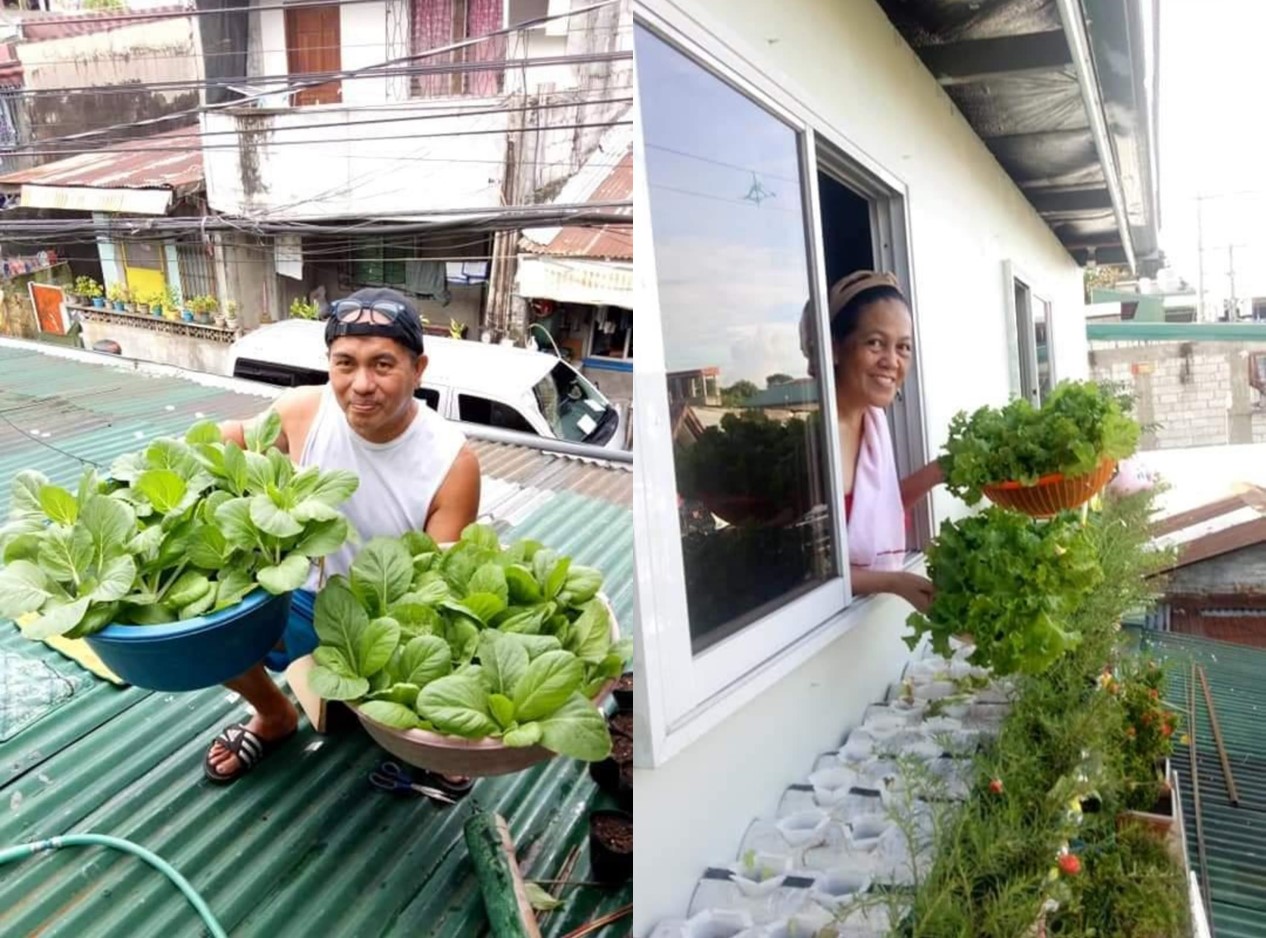 The coronavirus disease 2019 (COVID-19) might have put life on pause, but it has also brought out resourcefulness and inventiveness among us. In the Philippines, urban gardening not only became a hobby but also a source of sustainable food for some families.

Having had experienced the world’s longest coronavirus lockdown, some Filipinos even those without green thumbs or vacant lots found a way to grow greens.

The now viral “plantito” started his own vegetable roof garden since March, according to a post by GMA News TV’s new program “New Normal: The Survival Guide”.

In the photos shared on the Facebook page of the program, it shows Buboy holding two basins full of fully-grown pechay.

In the second photo, it features a woman holding one plastic strainer with fresh lettuce that she gathered from their roof garden. The picture also shows a lush ‘greenery’ near their window.

Urban gardening is nothing new, but its importance has only been emphasized recently after the quarantine has limited some people to step out of their houses.

The Department of Agriculture (DA) has also promoted urban agriculture to promote food security, especially to poor families who could not cope with the prices of some vegetables.

The DA also has set aside P2 billion funding for its urban agriculture project and revitalized gulayan project under their “Plant, Plant, Plant” program.
Households may avail of free seeds from the agency. They also eyed to establish vegetable gardens in public areas and idle lands in partnership with local government units and schools.

Agriculture Secretary William Dar, in an earlier news report by Manila Bulletin, said the government eyes 10 to 15 percent of the area of Metro Manila for urban farming.