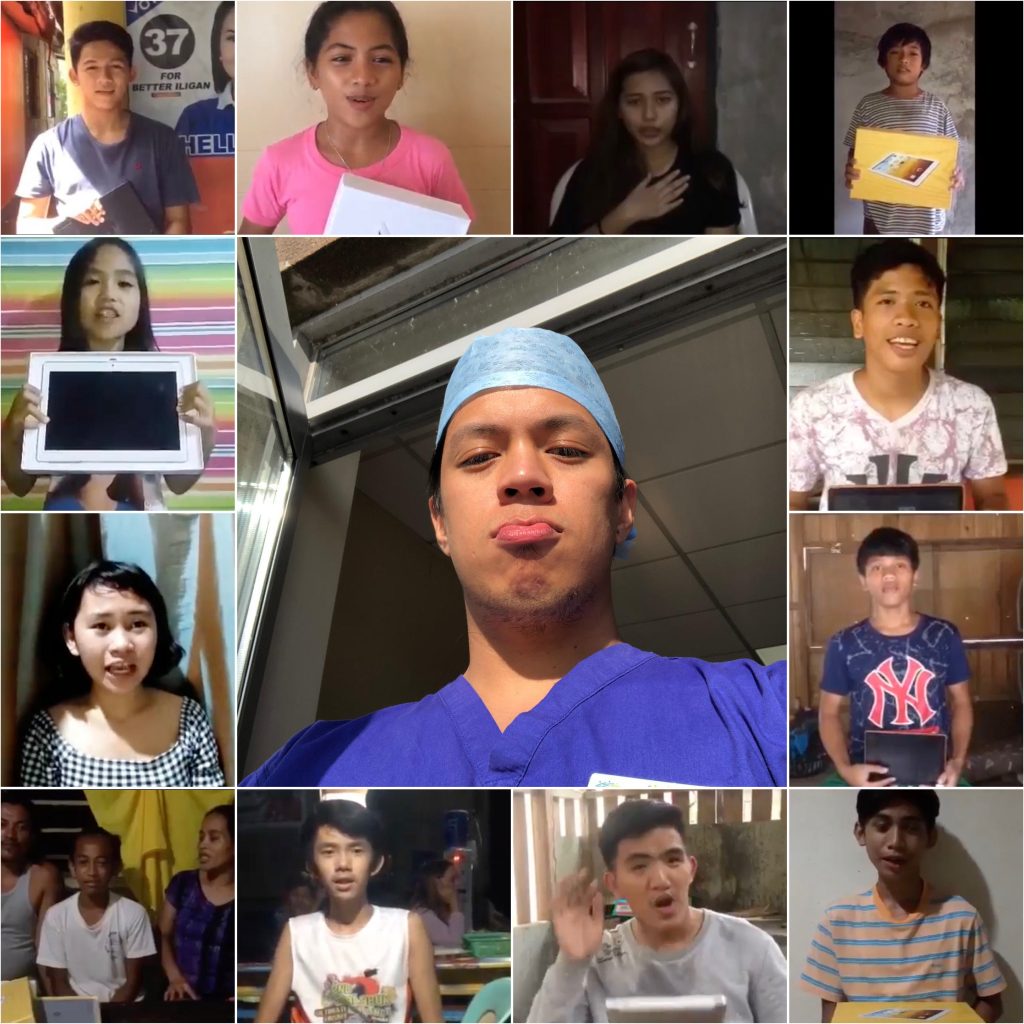 Amid the coronavirus pandemic, the real heroes wear scrubs—just like Aldrin Licayan, a Filipino nurse working in Donegal, Ireland. Aside from braving the treat of the invisible enemy, he is also battling the struggles of the OFW life.

The 27-year-old nurse, however, does not let all these creep into his spirit. After working for 12 hours as a healthcare professional, Licayan spends his free time helping students in the Philippines acquire needed gadgets, specifically tablets, for the upcoming school year’s blended learning system.

His campaign began after finding out that many children in the country may have a hard time adapting to the ‘new normal’ mode of education due to lack of means and gadgets, reported The Manila Bulletin.

“There are a lot of Filipinos that are going to miss out the online classes or distanced learning. The problem here is not the fact that they’re going [to] do the online learning, but these children could not even have three meals a day, [so] what more a tablet?” Licayan said in a Youtube video he posted.

From this, he thought of setting up a GoFundMe project, called “Distance Learning Tablets for Filipino Youth”. As of this posting, Licayan already accumulated €1,000 or equivalent to approximately P57,500.

The funds coming in were mostly from his friends, fellow OFWs, and foreign nationals. Most of the beneficiaries who have already received tablets from the funding he gathered were from Quezon, Cebu, South Cotabato and Davao del Sur provinces.

When asked about why this cause has tugged at his heartstrings, he explained that he experienced asking from others at one point in his life. He grew up with his grandmother after his parents got separated. He was only 10 years old when her mother died.