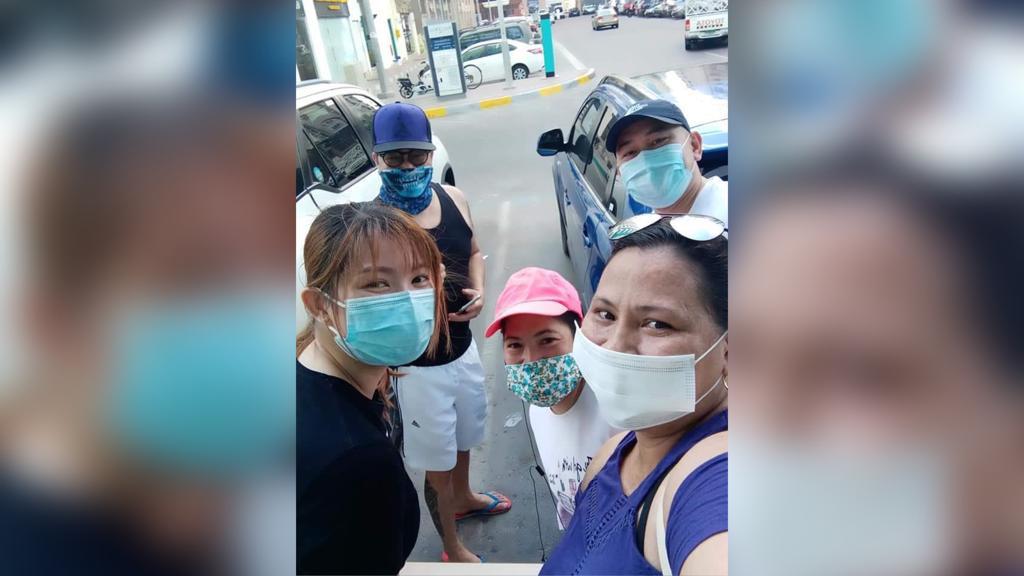 The spirit of bayanihan was once again ignited as one of the Filipinos based in Abu Dhabi initiates more than 200 aid drives across the emirate in 70 days to help expats affected by COVID-19.

Leo Paccial II, 46, said that his initiative began on his birthday last April 28. He said that instead of having a celebration, he and his wife Rachel decided to buy goods out of their pockets. They drove around the city the next day to distribute the packs to people in need.

The OFW, who has been working as a simulator pilot in the UAE for over a decade, said that they created Facebook Page, OFW Kabayan United on the Go, in order to reach out to more Filipinos in need. However, even expats of other nationalities also came to them for help—making their initiative inclusive for all affected residents in the emirate.
“Even before this crisis, naging practice na ng aming family na tumulong, to inspire our youngsters to help at an early age. We don’t make our special occasions like birthdays grand. Instead, we spend a portion or half of the budget for charity,” he said.

After their first aid drives, he said many of their close friends and family members got inspired to help as well, giving their own relief packs and providing more resources to help the couple sustain their charity operations. This helped them to launch aid drives almost most days of the week—including weekends. Before they knew it, they have already done more than 200 aid drives across the city.
Paccial said that anyone, no matter the social status, can help during this time. He said that even as simple as a prayer for the needy can go a long way to help them get the positive energy they need to survive the crisis.

“The simplest way you can help is to pray for them. If you have extra time, you can use social media to raise awareness regarding those who are in need. That is already considered a big help. You can also donate to some entities and organizations if you can, of do it yourself like we do. This crisis has shown just how many people have big hearts willing enough to ensure that the ones affected get the help that they need,” he said.

He also underscored the importance of unity during this time, and that as we go back to basics, the only thing we need to cultivate is our faith that everything will be alright as long as we keep the bayanihan spirit alive.

“The essence of being united during this crisis is to give hope and inspiration, and to spread awareness and love. Money is only a bonus. The most important things in our lives are our friends, family, and God,” added Paccial.