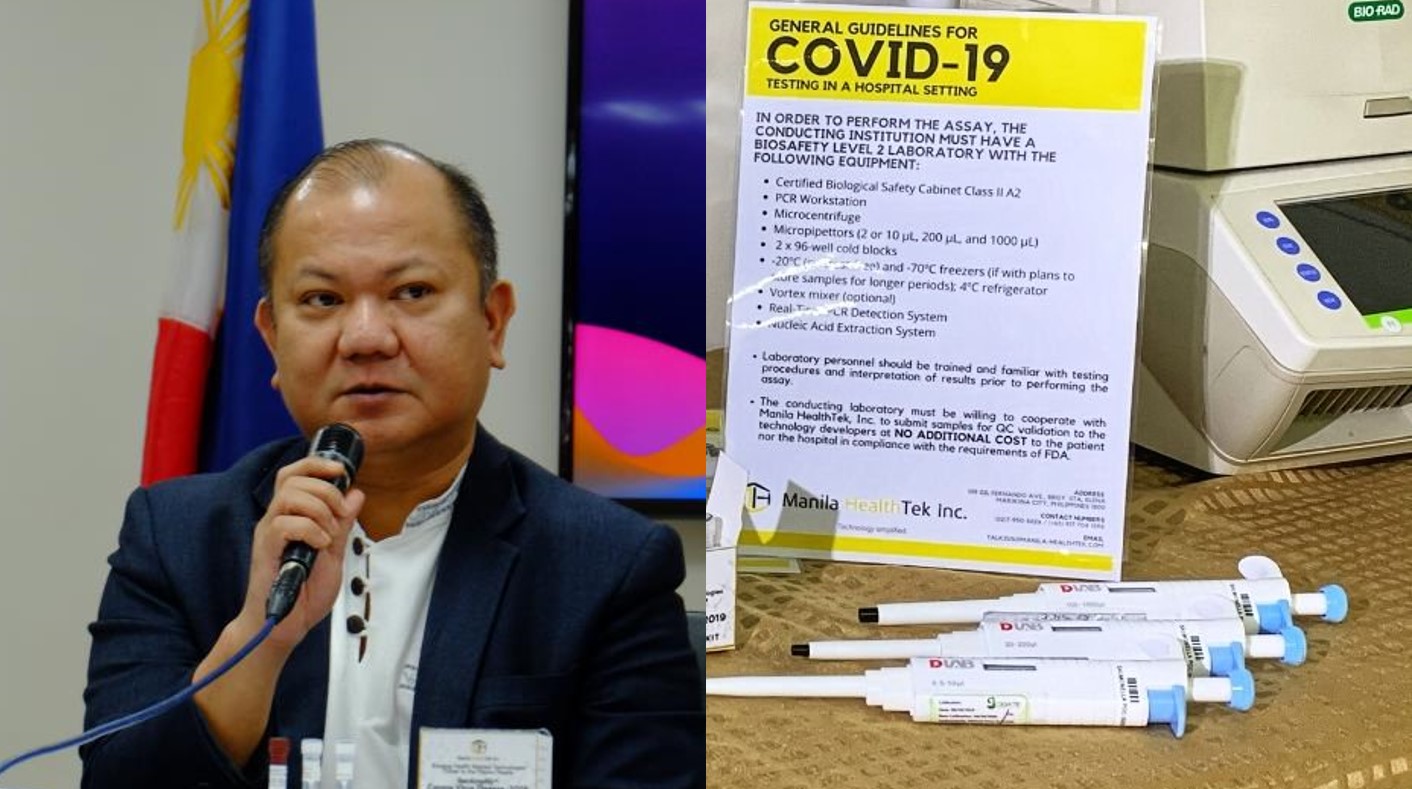 The Department of Science and Technology (DOST) announced Monday that the Manila HealthTek Inc., a spinoff company from the University of the Philippines, reported that the first batch of reagents has arrived, which will enable them to start the manufacturing process of testing kits that can accommodate up to 120,000 tests.
According to DOST Secretary Fortunato dela Peña, the department will prioritize the production testing kits that can do up to 26,000 tests.
These will be distributed to various hospitals including the Philippine General Hospital, Makati Medical Center, The Medical City, Vicente Sotto Memorial Medical Center, Southern Philippines Medical Center, and Baguio General Hospital.
“From April 4 to 25, there will be a field implementation for the 26,000 tests funded under the Department of Science and Technology (DOST) and the University of the Philippines-National Institutes of Health (UP-NIH) Project,” he said.
Meanwhile, the remaining testing kits good for around 94,000 tests will be sold commercially by Manila HealthTek at around P1,300 per kit which is cheaper than the units currently being used in hospitals which cost about P8,000, dela Peña said.
He added that Manila HealthTek have enough orders from the private sector who intend to donate them in turn to the Department of Health (Philippines) and hospitals.


According to dela Peña, the Certificate of Product Registration (CPR) from the Food and Drug Administration (FDA) is expected to be released on Friday, April 3.
He also added that field validation for the locally-developed testing kits is in progress and will be accomplished by Wednesday.
We have informed the FDA that requirements for CPR Certification will be submitted on Wednesday, April 1 at the latest.