The Philippines now has its first two Filipina transwomen onboard as flight attendants.

They are Mikee Sicat Vitug and Jess Labares who are now working as flight attendants of Philippine carrier Cebu Pacific airline.

She said she was hesitant at first to apply since she hasn’t heard of any transwoman working as a flight attendant in the Philippines.

It was her partner who encouraged her to try.

The application and selection process, she added, was not that easy. She had to study, read articles and watched videos on how to do well in an interview, wearing make-up, and how to give a good impact.

When she made it through the impact interview and final interview, she couldn’t believe it herself.

But being a cabin crew also requires appropriate training and skills. So, Vitug had to undergo training including studying the manual, survival swimming, and how to handle emergency situations especially onboard a flight while still maintaining excellent customer service.

For her, becoming a flight attendant was not her dream but she takes it rather as a challenge.

“Sometimes we really have to take that brave step beyond our comfort zone to become a little more aware of who we are and to be well-acquainted with the limits of what we can do. Now that I’m officially an airline cabin crew member, I can finally say that “I have arrived,” she wrote on her post.

Vitug, who is also a licensed pharmacist, hopes her journey will also spark a change in how people should look at transwomen.

Labares, for her part, added that this new development meant “acceptance”.

“This means that we have progressed into a more accepting society who has learned to respect and celebrate human individuality and expression,” Labares said.

Both of them also thanked Cebu Pacific for starting this change in the aviation industry where diversity and professional growth is promoted regardless of race, religion, sex, gender identity, and individuality.

“To those who are afraid of going out of their comfort zone, to those people who want to make a change but keep on holding themselves back because of prejudice, judgement and discrimination, just listen to your heart and make it happen because nothing is impossible,” she concluded.

“I hope my role will inspire, not just the LGBTQ community, but everyone else with big dreams and are determined to never give up on something they want to achieve in life. Dedication, positivity, and perseverance will definitely guide you toward personal success and happiness,” Labares added. 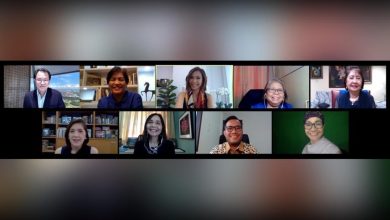 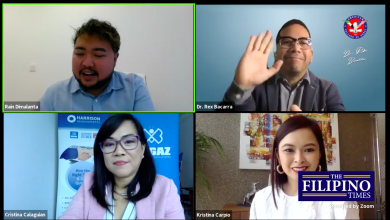