A thesis film produced by the students of De La Salle-College of Saint Benilde School of Design and Arts has recently won a bronze award in California.

The short film entitled “Tahanan”, created by Alsen Estrella, revolves around the story of Sabel who searches for her younger brother Bert while they escape from an evil entity inside their home.

“Tahanan“ earned lot of praises when it was entered in the 26th Annual Filipino International Cine Festival held in International Hotel Manilatown Center, as per a report from “Bombo Radyo”.

According to the Facebook page of the award giving body, Tahanan won the bronze medal for being an “Outstanding Film”.

Estrella received a special citation for the Outstanding Writing for the Screen.

The film was chosen among the 21 short film finalists for the competition. 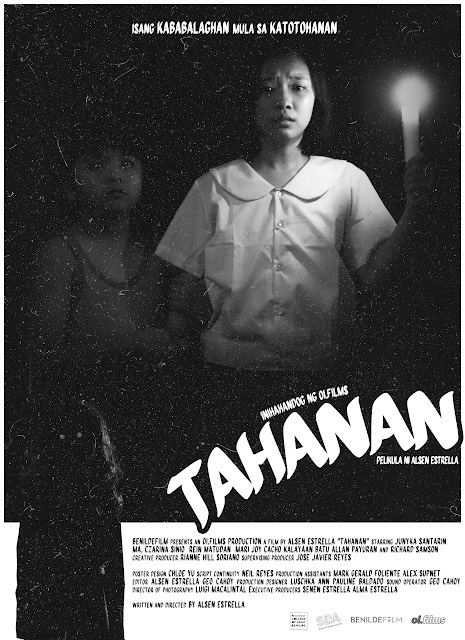