Nearly a month after Japan Prime Minister Shinzo Abe declared a state of emergency, many experts believe the country has beaten coronavirus disease (COVID-19) without implementing stern measures. According to Mikihito Tanaka, a science professor at Waseda University...

PH to increase entry quota to 1,000 per day for OFWs flying back home

The Philippines' chief officials handling the country's Inter-Agency Task Force for Emerging Infectious Diseases (IATF-EID) are now focusing their efforts to allow more Filipinos to fly back home by slowly increasing the entry quota for flights headed to the country....

UK Prime Minister Boris Johnson was spotted wearing a Philippine tourism shirt while jogging in the morning of May 21, allegedly as a tribute to Filipino frontliners. Johnson, who has contracted the coronavirus disease (COVID-19) in April, was seen wearing a white... 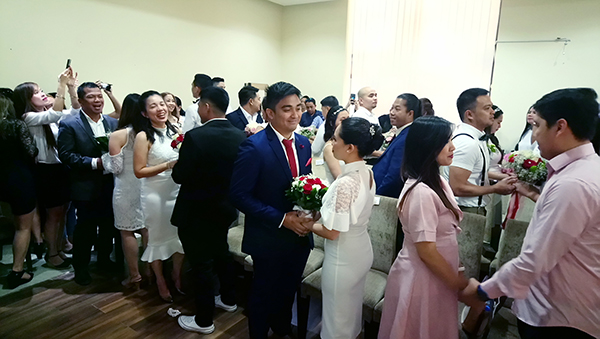 There is this Pinoy humor about how married men who go to work overseas pass themselves as singles – “Binata sa abroad!”

This was echoed in a straw poll held by The Filipino Times of over 1,000 respondents, results of which revealed that up to eight in every 10 female overseas Filipino workers (OFWs) are inclined to slow down and run a background check on their guy before deciding to settle down.

But really, how well do you know your significant other, or how far can you go to do your research? Red flag: not doing your due diligence can be heartbreaking and costly in the end, experts say.

“When we fall in love, we tend to shut down our faculties of reason and have our emotions get the better of us. We believe in our partner 100-percent. We give them faith that they are not lying, that they are who they say they are,” said Jamie Carreon, who works in Dubai’s media field.

For many people, this is what happens until reality kicks in and they are slapped back to the painful truth.

There have been a lot of cases abroad, and even here in the UAE, where a person weds someone, only to find out that they were already previously married in the Philippines.

It’s a bit odd because one of the major requirements to get married in Philippine Embassy or Consulate posts around the world is the Certificate of No Marriage (CENOMAR) from the Philippine Statistics Authority (PSA), a piece of official government document to confirm that a person has not contracted any marriage.How could this even happen? Apparently, it’s possible for someone who tries hard.

“Nangyayari talaga ‘yan,” says Judith Yadan Bacwaden, social welfare attaché at the Philippine Consulate General’s (PCG) office, who had been with the Department of Social Welfare and Development (DSWD) for over 20 years prior to her current post.

“Meron ganyan based sa mga karanasan ko sa DSWD: Nagpakasal pero may previous marriage pala,” she added, noting that such may not actually be the case in the UAE or other Philippine diplomatic posts which ensures integrity of documentation procedures.
Bacwaden regularly conducts pre-marriage counselling to OFWs as part of requirements prior to their wedding.

An average of 25 OFW couples tie the knot at PCG every week; the Philippine Embassy in Abu Dhabi also conducts weekly group weddings but to a lesser number of OFWs.

Yes to background checks
Meantime, the straw poll conducted by The Filipino Times not only gave a bird’s eyeview of the OFWs’ take on the issue but as well uncovered interesting details about experiences they have had that made it a standard procedure to check first before they say “yes” and “I do.”

(I had that experience. A guy came up to me and told me he was single. He disappeared without a trace when I told him I would have to confirm it first with PSA.)

Madz Macapagal, for her part, had her partner checked by her father. “Bago ko sinagot, pina-check ko talaga sa PSA kung single siya.” (Before I said yes, I had my father really check with PSA if the guy was indeed single as he claimed.)

Paula Vianca Lim added that the best way to check one’s marital status is through the CENOMAR, and by asking people in the Philippines. “Get their CENOMAR and also check back home if he is really single,” she said.

Netizen Reyza Hista Montilla said she had an experience with her ex-partner, whom she met in Saudi Arabia and who lied to her about being single. “Noong umuwi na kami sa Pinas. I found out na kasal pala. Kaya next time, kuhanan na agad ang partner ninyo ng CENOMAR kasi pwede naman na sa online, eh,” she said.

(When we went home to the Philippines, I found out that he’s married. My advice to the readers is that go for the CENOMAR to be assured that the person is single; it can be done online.)

When can bigamy be filed?
On the flipside side, it’s unfortunate for the spouse left back home when their partners abroad married anew.

This is so because even if they want to press charges against their husband or wife and the accused is abroad, there is nothing they could do as Philippine laws do not apply, according to the Public Attorneys’ Office (PAO).

Expounding on this, Atty. Joseph Plazo of the Plazo and Associates law firm, said, citing a case about a housewife whose husband works in Canada and has married there, “under the precepts of international law and the territorial limitations of Philippine laws – crimes committed abroad incurs no liability.”

“Hence, iniquities occurring outside the territory of the Philippines are not within the jurisdiction of Philippine authorities to prosecute. Filing a criminal case for bigamy against the erring husband will fail,” Plaza added.

But there’s a slight chance the housewife could have her day, Plazo said, and that is if the husband returns home.

“Understand that there is one instance wherein the husband may be prosecuted. Should the husband return to the Philippines with his new wife, and both co-habit as husband and wife, the aggrieved first wife can validly file a criminal complaint for concubinage as their illegal relationship is committed within national limits,” the lawyer said.

‘Due diligence’
Meantime, Consul Elizabeth Ramos, in charge of PCG’s marriage section and other consular affairs, said there is nothing wrong in doing background checks.

“I note that many of our compatriots opt to check the civil status of their partners through PSA. They may have responded that way because of the stories they might have heard or read, whether real or part of fiction. I suppose there is nothing wrong in doing background checks as part of ‘due diligence’ because they will be investing time, effort, and part of themselves into a relationship,” she told The Filipino Times.

She further explained that based on the PSA website, anyone may request for the CENOMAR of another person. However, the requested document may only be issued/delivered to or received by the owner himself or a duly authorized representative.

“For marriages to be solemnized at the Consulate, we strictly follow the relevant Philippine laws and regulations relating to marriage and family life. As regards the civil status of the couple, we require couples to submit the DFA and PSA authenticated CENOMAR to make sure that they are eligible to marry before we process their application for marriage at the Consulate.

“In addition, personal details about the couple and their intended marriage are posted on the Consulate’s website and bulletin board to allow persons who have knowledge of any impediment to the marriage to advise the Consulate,” Ramos said.

Courier service
But how do you get a CENOMAR?

Veronica Rey, LBC Express Marketing and Communications officer for the Middle East told The Filipino Times those in doubt about their prospective fiancé or fiancée can avail services of a courier company.

“We can be able to help them,” said Rey. She stressed that the requesting OFW would need to secure a Special Power of Attorney (SPA) from the Philippine Embassy in Abu Dhabi or Consulate General’s office in Dubai.

Another requirement is a passport copy of the person whose CENOMAR is being requested, Rey said.

“Kailangan din ng passport copy nung person na pinapa-check (Passport of the person being checked is also needed),” she said, noting that it can be an indicator that the person is hiding something if he or she doesn’t want to give a copy of the passport.

A copy of the Local Civil Registrar would help expedite the process, said Rey.

Last of the four requirements is a PSA application form that can be provided by the courier service company. Rey said it usually takes three to five weeks depending if the papers are in order.

Allan Michael Bautista, LBC Express Middle East sales and marketing senior manager, for his part said it helps a lot in having document requirements handled by a courier company.

“Usually, those getting married are beset with the paper works required. With LBC it can all be convenient,” he said.

Bautista added that they can also handle post-wedding document requirements like marriage certificates and amendments to their Emirates ID. 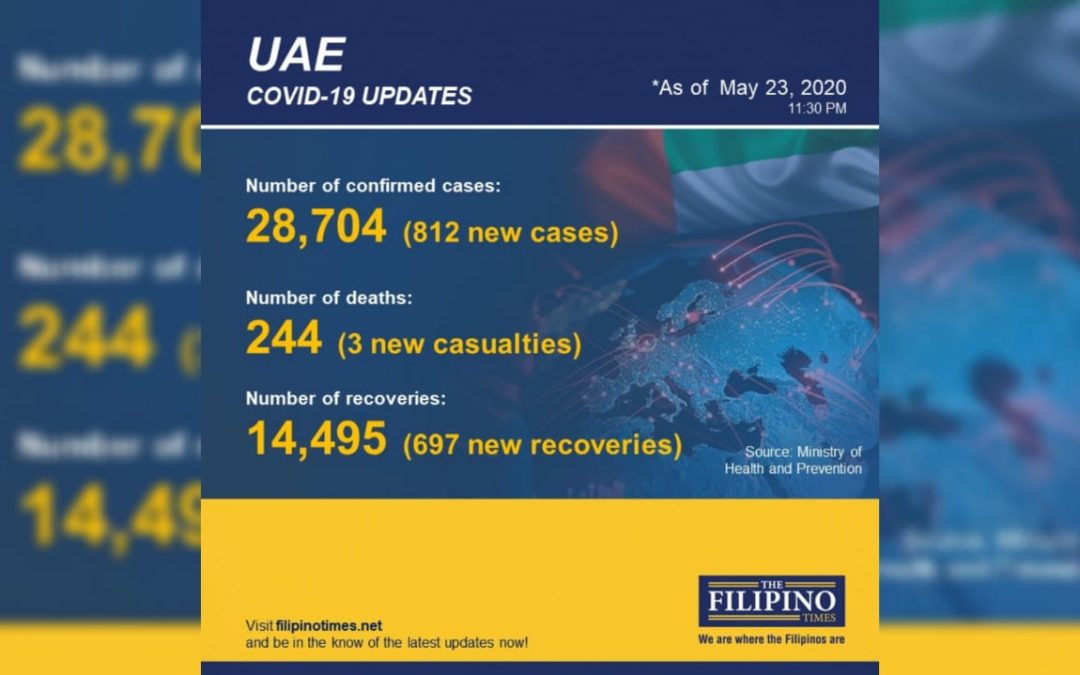 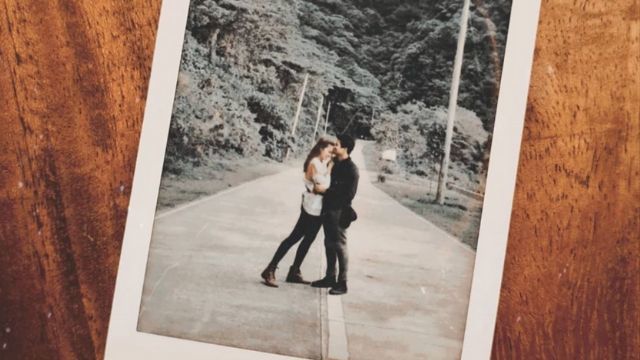 Kapamilya actor Sam Milby has confirmed his relationship with Miss Universe 2018 Catriona Gray.   In an Instagram post on May 23, Milby shared an instax photo of him cuddling Gray in the middle of the road.   “Worth every second of the wait. Most special birthday... 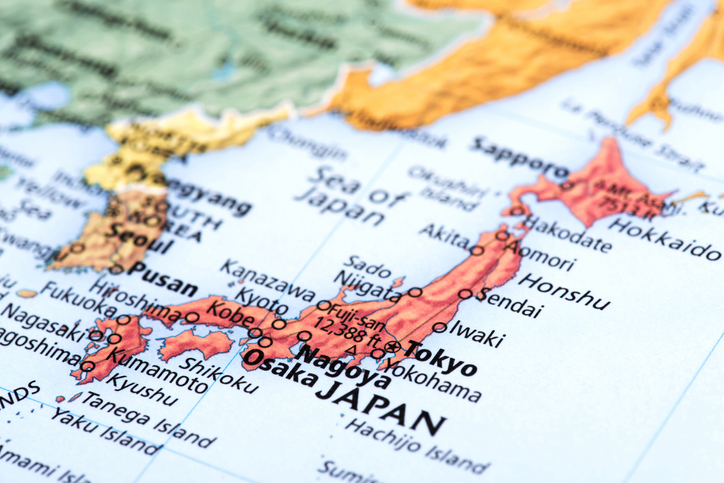 Nearly a month after Japan Prime Minister Shinzo Abe declared a state of emergency, many experts believe the country has beaten coronavirus disease (COVID-19) without implementing stern measures. According to Mikihito Tanaka, a science professor at Waseda University... 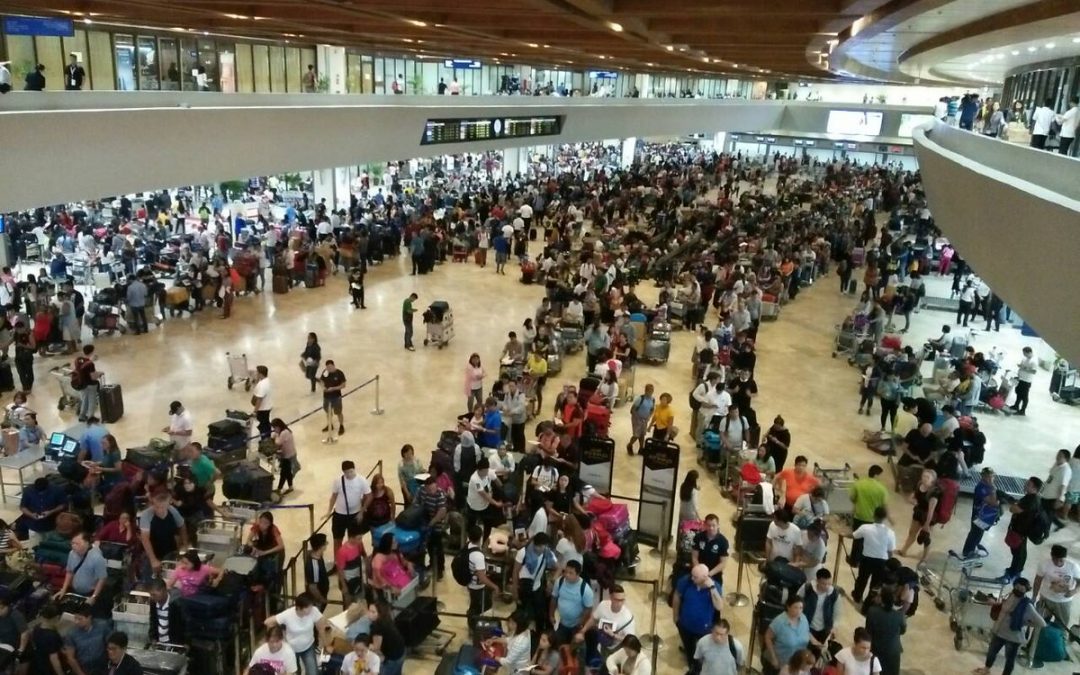 PH to increase entry quota to 1,000 per day for OFWs flying back home

The Philippines' chief officials handling the country's Inter-Agency Task Force for Emerging Infectious Diseases (IATF-EID) are now focusing their efforts to allow more Filipinos to fly back home by slowly increasing the entry quota for flights headed to the country.... 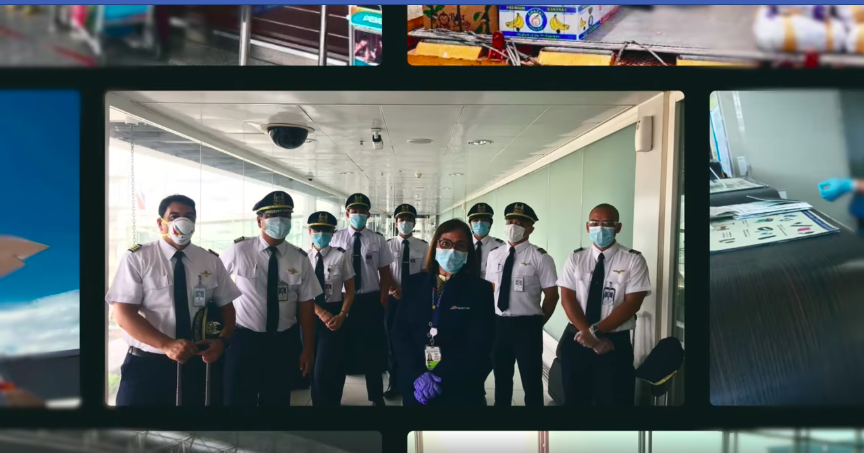 Filipino netizens were moved by the new video released by Philippine Airlines (PAL) on May 21, where it featured members of its staff and some of its initiatives to help in the fight against coronavirus disease (COVID-19).   PAL shared the video on its Facebook page...