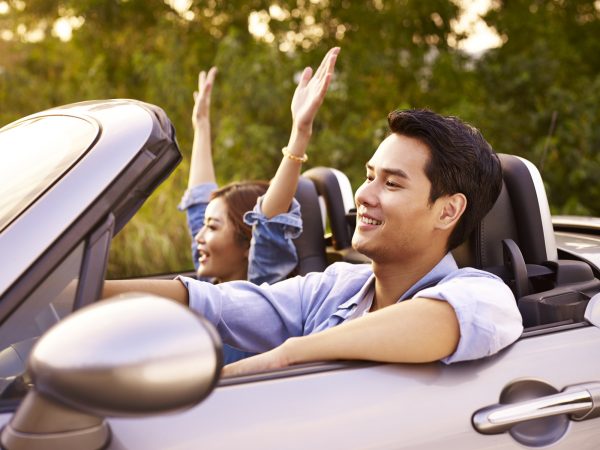 DUBAI: Expenses incurred by most Pinoys for their driver’s license range between Dh5,000 and Dh10,000 with time spent for training having averaged at seven months, a Filipino Times straw poll revealed.

Such being the case, 90% of the over 1,000 overseas Filipino workers (OFWs) across UAE interviewed by TFT said they have never been happier in their lives walking out of training school and having the coveted plastic card in hand.

Gaddi said she herself failed four times but was on an “fixed price course” package so it was not as painless.  A “fixed price course” is where you pay Dh10,800 and that will take you all the way till you finally get your license no matter how many times you fail at each stage.

There is also an unlimited arrangement that got you covered for 3 theoretical tests ; six parking tests and six actual tests, according to customer service staff in at least four driving schools asked by TFT. Price is at Dh8,855.

But why do OFWs fail during the actual test considering the preparations?

Some 75% of those interviewed said they were confused and were anxiety-ridden.

“Nalito ako sa instruction,” said Salvador M. Codo, professional photographer who passed the actual test on second try. The same with Jake Sumawang Dela Cruz, who also made it on second attempt, recalling how the student who took the actual test ahead of him failed because he started the engine that already was running idle – he did so after checking if all lights are working, apparently to impress the RTA officer.

Bogart Mulingbayan, who works in the public relations field, needed a  car because her competitive job obviously requires mobility. But planetary alignments were not working to her favor and was instead giving her solar eclipses that dimmed the future.

“Almost 2 years. Para akong nagmasteral,” exclaimed Mulingbayan when asked how long it took her to finally get her driver’s license.

And how many times did she take up tests?  “Kung kasama parking and theory bukod sa actual RTA, halos 10,” she said.

Mulingbayan said she was always almost like a basket case, bundle of nerves whenever taking on the actual test: “Ninenerbiyos ako.”

We also asked her how she spent in all and she replied: “Pwede bang ‘wag mo nang itanong ng di ka masaktan?  Over Dh10,000.”

For all their hard work, finally having a driver’s license has been  so elating an experience – as  Engr. Elmer Ocampo of Abu Dhabi, says: it felt like “parang pumasa sa board exam.”

Four of 10 OFWs who went to driving school said they did so because it was required at work.