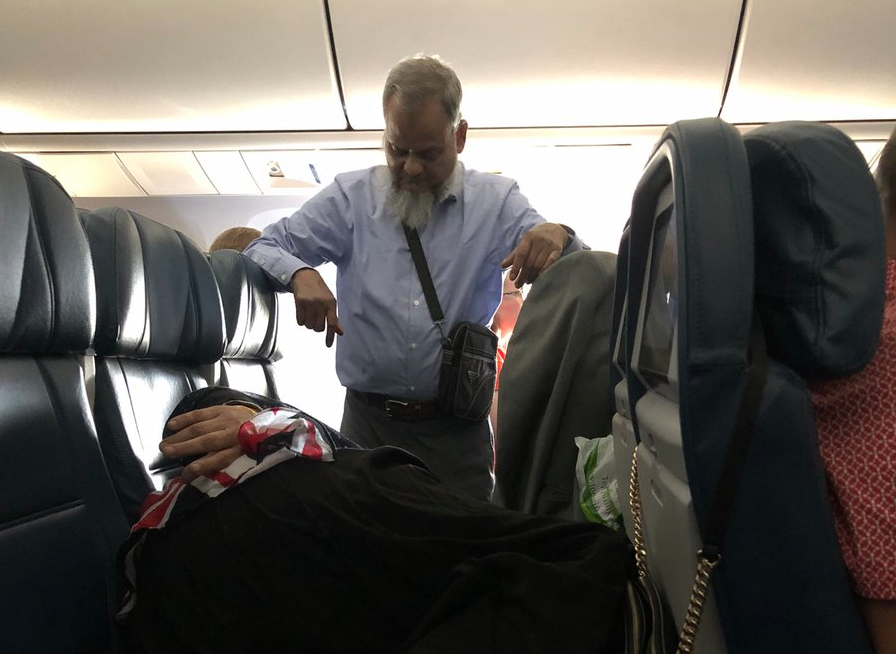 Was it a case of a husband showing extreme love or just a wife being inconsiderate?

Netizens expressed varied opinions over the gesture of a man, who stood for six hours on a flight so his wife could lie across a row of three seats and sleep.

In a report by Hellen Coffey of The Independent, entrepreneur Courtney Lee Johnson posted a photo of a man standing on the aircraft aisle and leaning on the headrest of two plane seats while a woman in front of him lies across all three seats.

Johnson’s photo was accompanied with a caption: “This guy stood up the whole six hours so his wife could sleep. Now that is love.”

Aside from the more than 15,000 likes and hundreds of comments, the photo also drew mixed reactions.

One Twitter user described the gesture as romantic, saying: “I’ve never been THAT in love…can’t wait to be so in love that I even consider that an option.”

While there were some who appreciated the husband’s gesture, some criticized the wife’s actions

“If that is love then I’d rather be lonely,” said one Twitter user.

Another netizen said: “Not love but exploitation. She could have just rested her head on his lap. Very inconsiderate.”

One Twitter user added: “I won’t judge their marriage. My hubs is the kind of man who would do this for me, but I am not the kind of wife to ask this of him!”