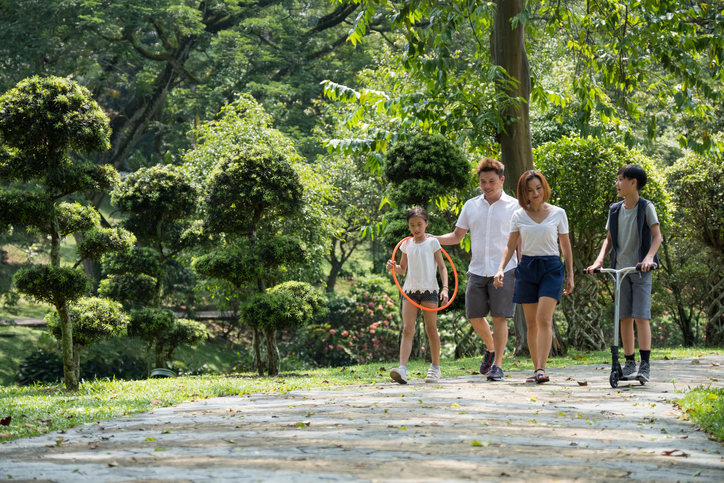 DUBAI: This is mainly the reason why city planners always include a park – with trees, birds chirping and all – in their masterplans; and why you should always take time to pay visits.

A recent research published in the Proceedings of the National Academy of Science (PNAS) showed that urbanization, despite its multitude of benefits, is “also associated with increased levels of mental illness, including depression.”

“It has been suggested that decreased nature experience may help explain the link between urbanization and mental illness,” said a team of researchers, whose study focused on the impact of nature exposure on rumination, itself, described as a “maladaptive pattern of self-referential thought associated with heightened risk for depression and other mental illness.”

The brain’s prefrontal cortex, many experts have indicated, has an integral link between a person’s will to live and personality.

In other studies, the team said, this part of the brain has been associated with “a self-focused behavioral withdrawal linked to rumination in both depressed and healthy individuals.”

“This study reveals a pathway by which nature experience may improve mental well-being and suggests that accessible natural areas within urban contexts may be a critical resource for mental health in our rapidly urbanizing world,” the team said.

According to the researches, more than 50% of people now live in urban areas. By 2050, they said, this proportion will be 70%.

The team conducted the controlled experiment the results of which suggest that accessible natural areas may be vital for mental health in the rapidly urbanizing world.