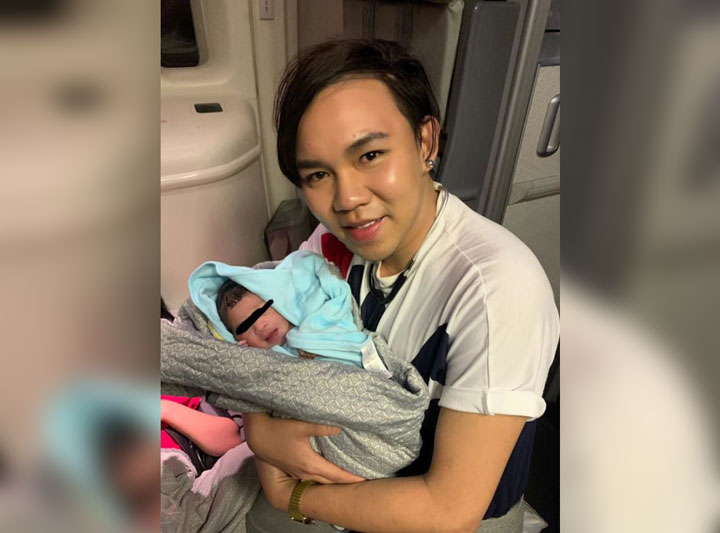 A 25- year old Filipino nurse did not expect he would be practicing his profession on board a plane.

Francis Dominic Mendoza, who is from Bgy. Tangub in Bacolod city was on a plane when a 37-week-pregnant Filipina went into labor.

The plane was traversing Thailand to Manila on July 9, when Mendoza helped the mother deliver the baby at 35,000 feet in the air.

In a Rappler report, it was learned there was no medical doctor on board, leaving Mendoza to employ improvised tools and first aid kit available on the plane to deliver the baby.

He said he wrapped the baby with a blanket while monitoring the vital signs of the mother, who herself was very thankful to him.

Mendoza just has returned home after working in Ireland for a year.