Former presidential spokesperson Harry Roque filed another complaint against the Philippine Health Insurance Corporation (PhilHealth) due to alleged anomalies on its information technology department. In an interview with GMA News, Roque said the IT unit of PhilHealth... 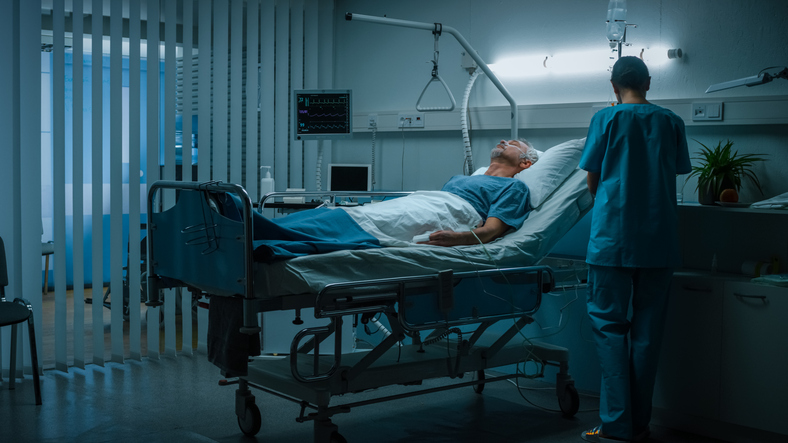 DUBAI: Heart-related illnesses was the top killer of overseas Filipino workers (OFWs) in Dubai and the neighboring Northern Emirates last year, according to data obtained from the Philippine Consulate.

Noteworthy is that cardiac arrests and brain bleeding were also listed as top causes of OFW deaths in 2017 as reported by The Filipino Times, citing data culled from ATN and published in December for the period covering January to October of that year.

There were 172 OFWs who have died in Dubai and the Northern Emirates last year, according to the ATN fact sheet.

The youngest OFW to die of heart failure was a 26-year-old who succumbed to cardiac respiratory arrest, said the report.

There was also a case of brain oedema, or the excess accumulation of fluid in some parts of the brain. 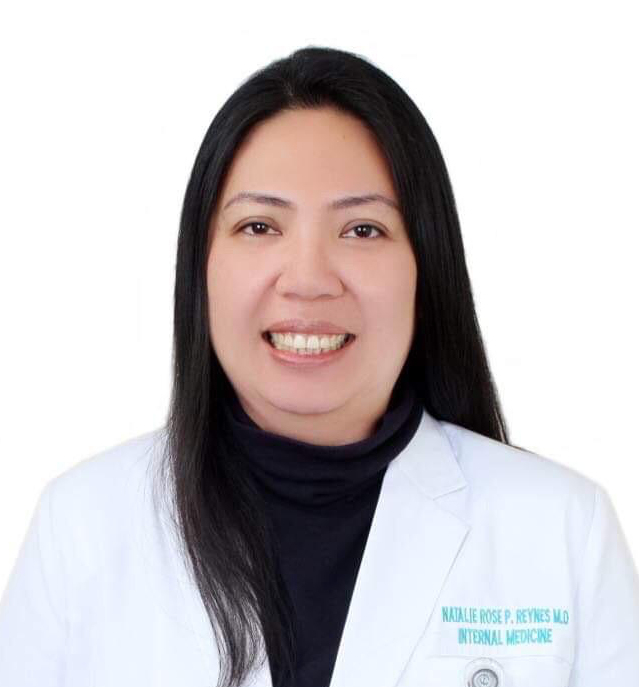 Added, Dr. Heide Regudo, general practitioner also at Klinika Maharlika: “Unhealthy Lifestyle is one of the risk factors in developing this condition because it will be blocked with fats, cholesterol and other substances, and will form a plaque in the arteries that supplies the heart. Once blocked, it can be risky and if not managed immediately can lead to death.”

For his part, Dr. David George R. Cheu, general practitioner at NMC Mabuhay Clinic, said the most common symptom of a heart attack, termed in medical jargon as “myocardial infarction” is chest pain or discomfort which feels like “having an elephant resting his foot on it.”

“It is the number one cause of death because of numerous risk factors like increased cholesterol, obesity, smoking and physical inactivity among others,” said Cheu.

Be warned, Cheu said, because “most people are not aware that they have the disease and, usually damage has been done for them to be symptomatic.” 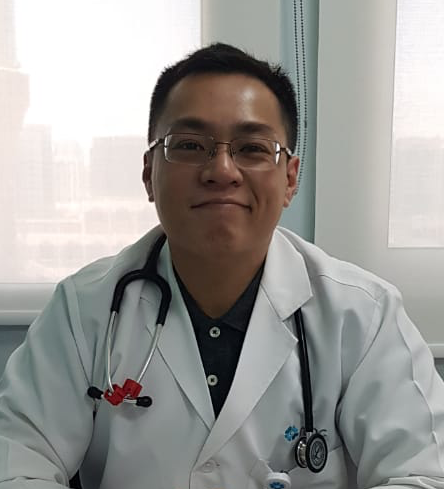 “The time from symptom to hospital or first aid also plays a vital role when it comes to mortality of those suffering from heart attacks,” Cheu added.

Regudo meantime explained that brain bleed is caused by the rupture of blood vessels due to longstanding hypertension.

She said OFWs are at risk of intracranial haemorrhage because “being an Asian is one of the risk factors already as it is more common in our ethnicity.”

Regudo further explained: “Due to their busy work schedule, some OFWs even tend not to visit their doctor as instructed even when they already have been experiencing symptoms.” 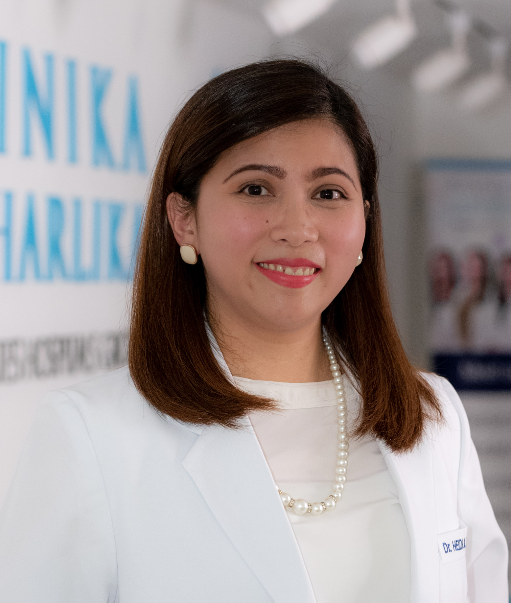 She said approximately 10% to 20% of OFWs are hypertensive with high cholesterols who don’t regularly follow up with their physician even when they are already due for reassessment.

The specialists, explaining why heart- and brain-related medical conditions top the causes of deaths among OFWs, narrowed the answer down to one word: “stress.”

They added that heart attacks and brain bleeds are results of various medical conditions.

“OFWs…experience overwhelming stress and this may contribute to developing brain bleed and other cardiovascular diseases. Stress may affect behaviors and habits that increase these risk factors: high blood pressure, overeating, alcohol consumption, smoking and physical inactivity, a very unhealthy way of managing stress.”

Added Cheu: “Brain bleed or brain hemorrhage is, as its name suggests, bleeding in or around the brain. There are several causes of hemorrhage like aneurysm, high blood pressure, substance abuse or head trauma.”

Cheu said it could be that OFWs who succumbed to brain bleed had not been diagnosed with hypertension.

“Hypertension is known as the silent killer due to the fact that it is mostly asymptomatic (no symptoms) and one of its cause of mortality is cerobro-vascular accident (CVA), one aspect of which is hemorrhage,” Cheu said.

Cardiac arrest and brain bleeds were also the top OFW killers in 2017.

Data obtained from Vice Consul Marianne Bringas revealed that there were 68 cases of cardiac or pulmonary arrest listed as cause of death from January to October of that year – 44.15% of the total 154 deaths for the same period. 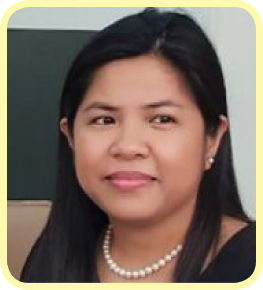 Brain hemorrhage accounted for 30 of the deaths – or 19.48%, with OFWs dying almost every month, ATN records also showed.

There was one OFW who died of brain hemorrhage in January, 3 in February, 6 in March, 7 in April, and 3 in May. Two OFWs died in July, another two in August, 4 in September and two in October. 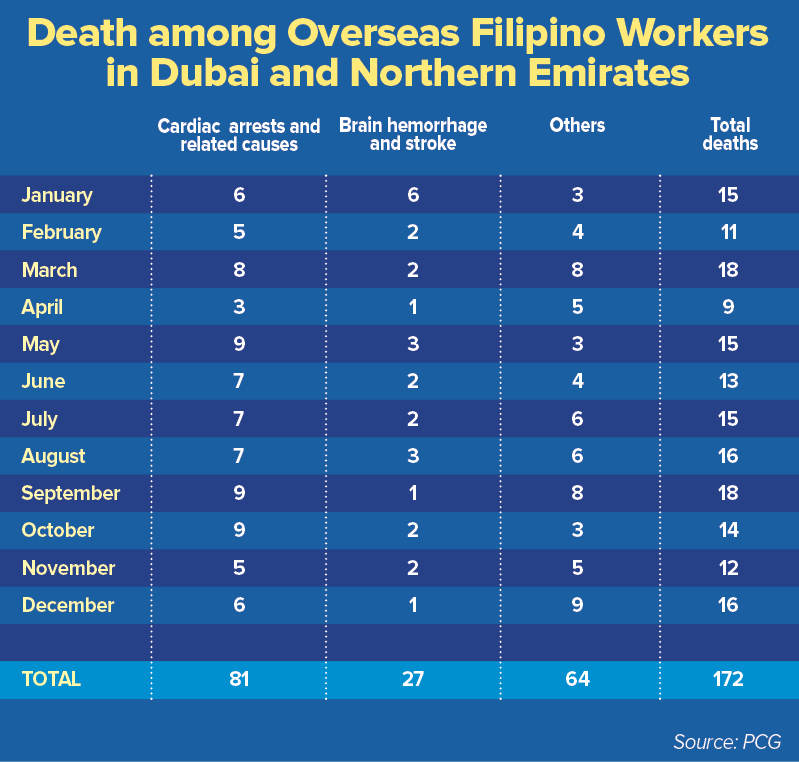 The best way to prevent and not succumb to these causes of acute deaths (heart attack, brain hemorrhage) is to have a healthy lifestyle, which can be measured by the following course of action:

1. Stop smoking or using other forms of tobacco. If you do not smoke, do not start.

2. Eat a wide variety of foods in the right proportions to achieve and maintain healthy body weight.

3. Get plenty of exercise and use every opportunity to be active.

4. Get plenty of good quality sleep by sleeping at least 85% of the total time in bed, falling asleep in 30 minutes, waking no more than once per night.

5. Keep diabetes in control. Regularly check your levels and be evaluated by your attending physician voluntarily.

6. Keep alcohol intake down by not drinking longer than an hour or two on occasions, not drinking faster than one drink per half-hour, not exceeding the BAC (Blood Alcohol Concentration) moderate drinking limit, and considering an occasional drink to be small, though enjoyable, part of life.

8. Keep blood pressure at a safe level. Understand your pressure numbers if under normal, elevated, stage 1, stage 2, hypertensive crisis by visiting your doctor.

9. Maintain a healthy body weight in relation to your height. Compute for your BMI (Body Mass Index).

10. Avoid stress where possible by identifying stressors and learning to develop coping skills over them.

11. Learn how to manage stress by reducing the demands on yourself, ensuring that you get enough fun out of life, practice positive thinking, manage your time wisely, learn to relax your mind, body & spirit consciously, and seek support from others. 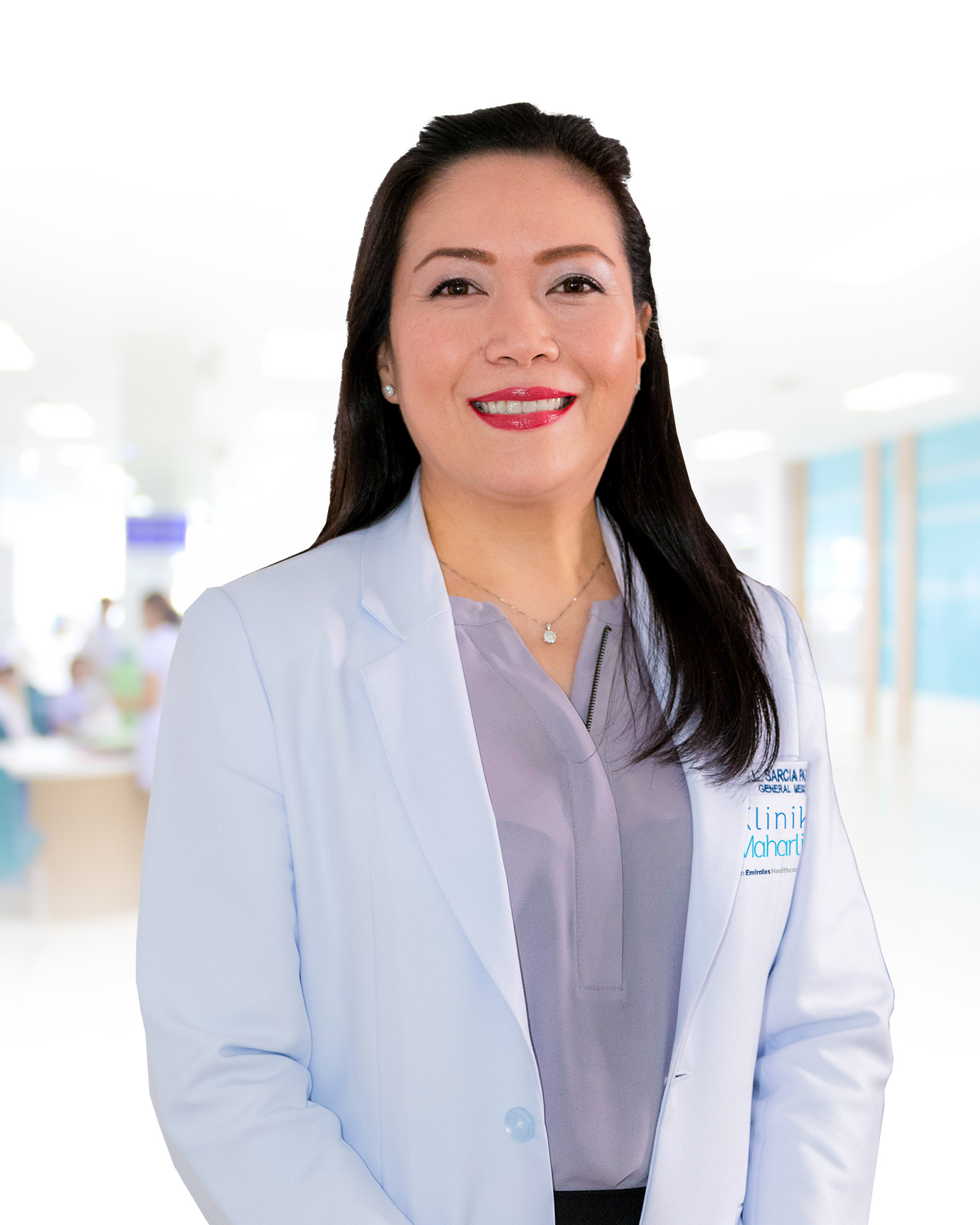 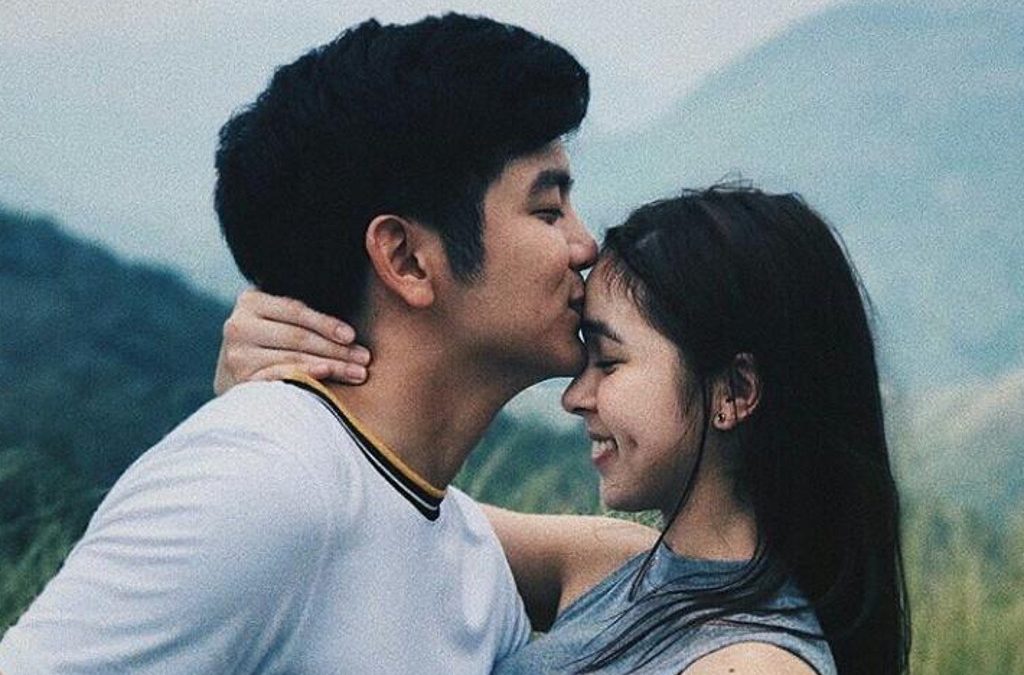 Julia Barretto revealed that she is now ready to play more mature roles now that she feels she’s ‘already over’ with her former love team partner, Joshua Garcia. “Yes,” Barretto said last week when asked if she had outgrown Garcia in terms of being in a love team with... 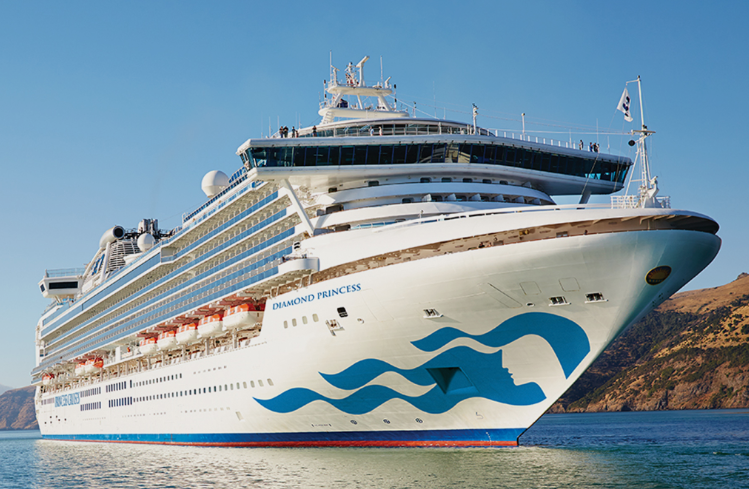 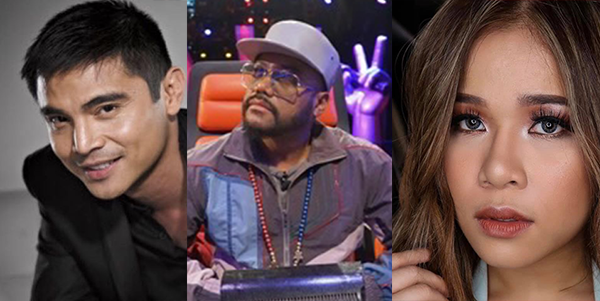 Despite the controversies that hounded the private wedding of Sarah Geronimo and Matteo Guidicelli, their celebrity friends could not help but rejoice on their special day. The wedding was held at a Victory Church in Taguig City, followed by a private event in... 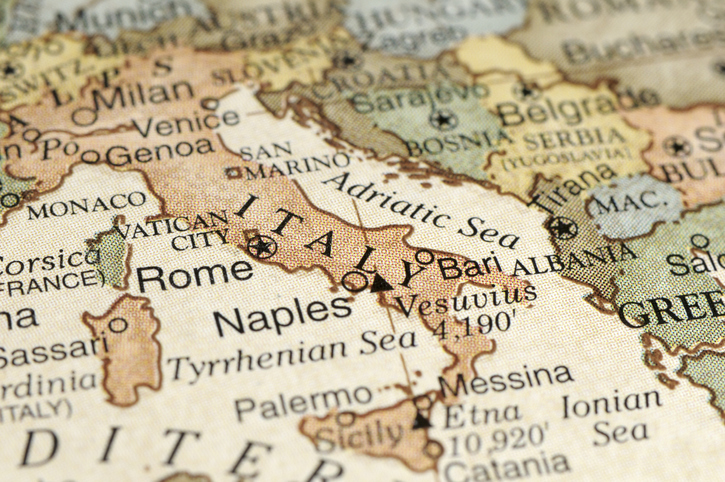 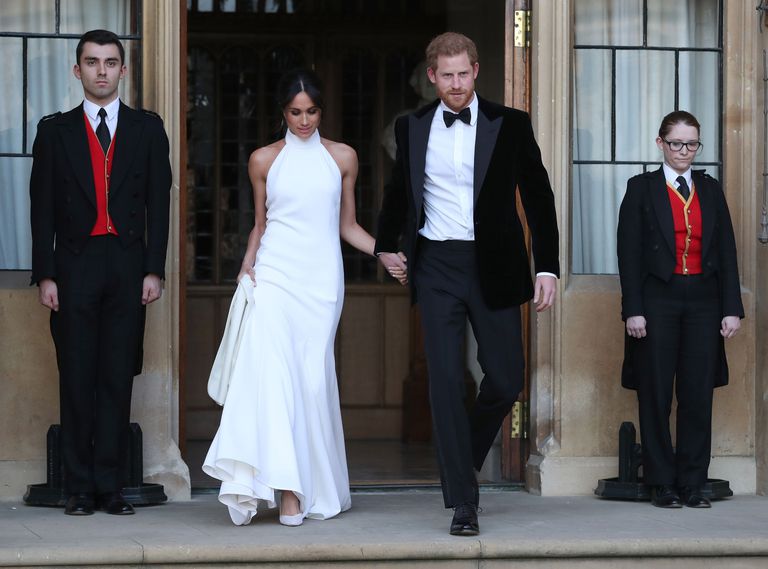 LOOK: Filipinos jive to the tune of TFT’s new jingle ‘We Are Where You Are’