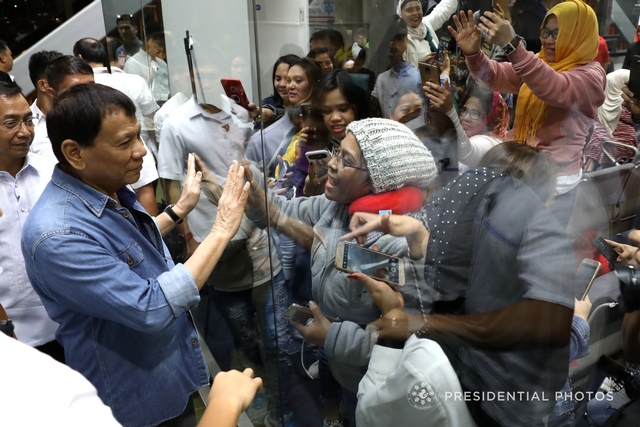 More than two years after President Rodrigo Duterte took his oath as the 16th president of the Philippines, various offices under his administration reported their accomplishments and future plans concerning OFWs.

During the pre-State of the Nation Address forum last week, the following OFW-related issues and accomplishments were tackled.

Department of Labor and Employment (DOLE) secretary Silvestre Bello III underscored the recent signing of the labor deal between the Philippines and Kuwait which seeks to protect the welfare of OFWs in the Gulf state. The labor secretary said the deal is a reflection of the Philippine government’s efforts to protect OFWs abroad.

Currently, the government is eyeing to secure the same deal with Russia. The government also seeks to revise existing bilateral labor deals with other countries to pattern them with the deal signed with Kuwait.

He also highlighted that 13,000 Filipinos stranded in Saudi Arabia were able to return home since the beginning of Duterte’s leadership.

Department of Agriculture (DA) Secretary Manny Piñol said that the agriculture department offers livelihood programs and loans for OFWs who wish to start their own business.

The Department of Trade and Industry (DTI) also have similar program providing seminars and trainings for returning OFWs.

In an effort to encourage OFWs to return to the Philippines, Department of Education (DepEd) Secretary Leonor Briones announced the program “Sa Pinas Maam at Sir Ka” in partnership with DOLE.

The program seeks to encourage Filipino teachers and principals abroad to return to the Philippines by offering them salary similar to what they are receiving overseas.

Commission on Higher Education (CHED) Officer-in-Charge Prospero de Vera III added that Duterte recently signed Republic Act No. 11035 or the Balik Scientists Law that seeks to encourage Filipino scientists, investors, and engineers to return to the country through incentives and benefits.

The programs are separate from the local job fairs organized by DOLE with the latest one offering more than 80,000 jobs locally and overseas to jobseekers.

Bello boasted the establishment of 17 one-stop-shop centers for OFWs where they can avail of government services related to their concerns and needs.

Bello added that an OFW Bank has been established specifically for financial concerns of OFWs.

The following services are offered by the bank:

Bello also talked about the iDOLE OFW ID which was issued to thousands of OFWs. Balik-Manggagawa (BM), or those vacationing OFWs, are required to log-in to their BM online accounts to apply for the ID, which they can use to avail of travel tax and terminal fee exemptions.

With the use of the ID, OFWs will no longer need to queue in transacting with agencies for their overseas employment as they can now access government services online during the further phases of the iDOLE eServices implementation.

The OFW ID also serves as their Overseas Employment Certificate (OEC), which is required for their arrival to and departure from the Philippines.

OFWs who were able to receive the ID before its discontinuance are still eligible of its privileges.