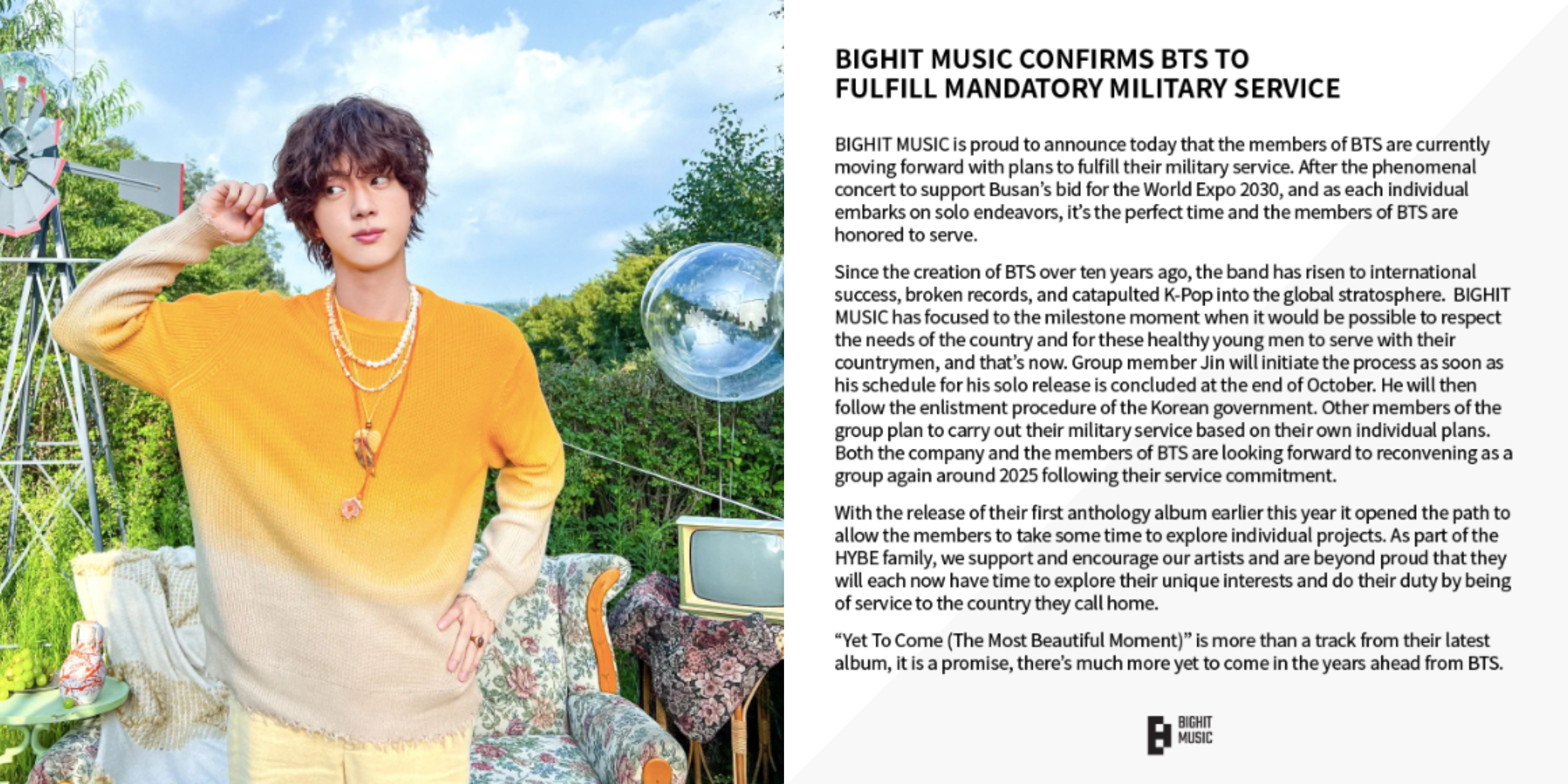 The record label of K-pop band BTS has confirmed that the eldest members of the boy band will begin military service in South Korea starting next month.

The first one to be enlisted is the oldest member of the group, Jin, who is currently 29 years old.

The enlistment follows the mandatory military service among all able-bodied South Korean men under the age of 30. The requirement lasts for two years and is mainly because the country remains technically at war with nuclear-armed North Korea.

He will begin his mandatory five-week training at Yeoncheon in Gyeonggi province before being deployed to a “frontline unit,” reported local Korean news outlets.

The singer had previously hinted on social media that he had been assigned to the front line.

In WeVerse, Jin had a request to his fans.

“Although an article I hoped wouldn’t be published was [released], ARMY, you can’t come to the training camp ㅠㅠ There will be a lot of other people there besides me, and it might be dangerous due to the chaos. I love you, ARMY,” posted Jin.