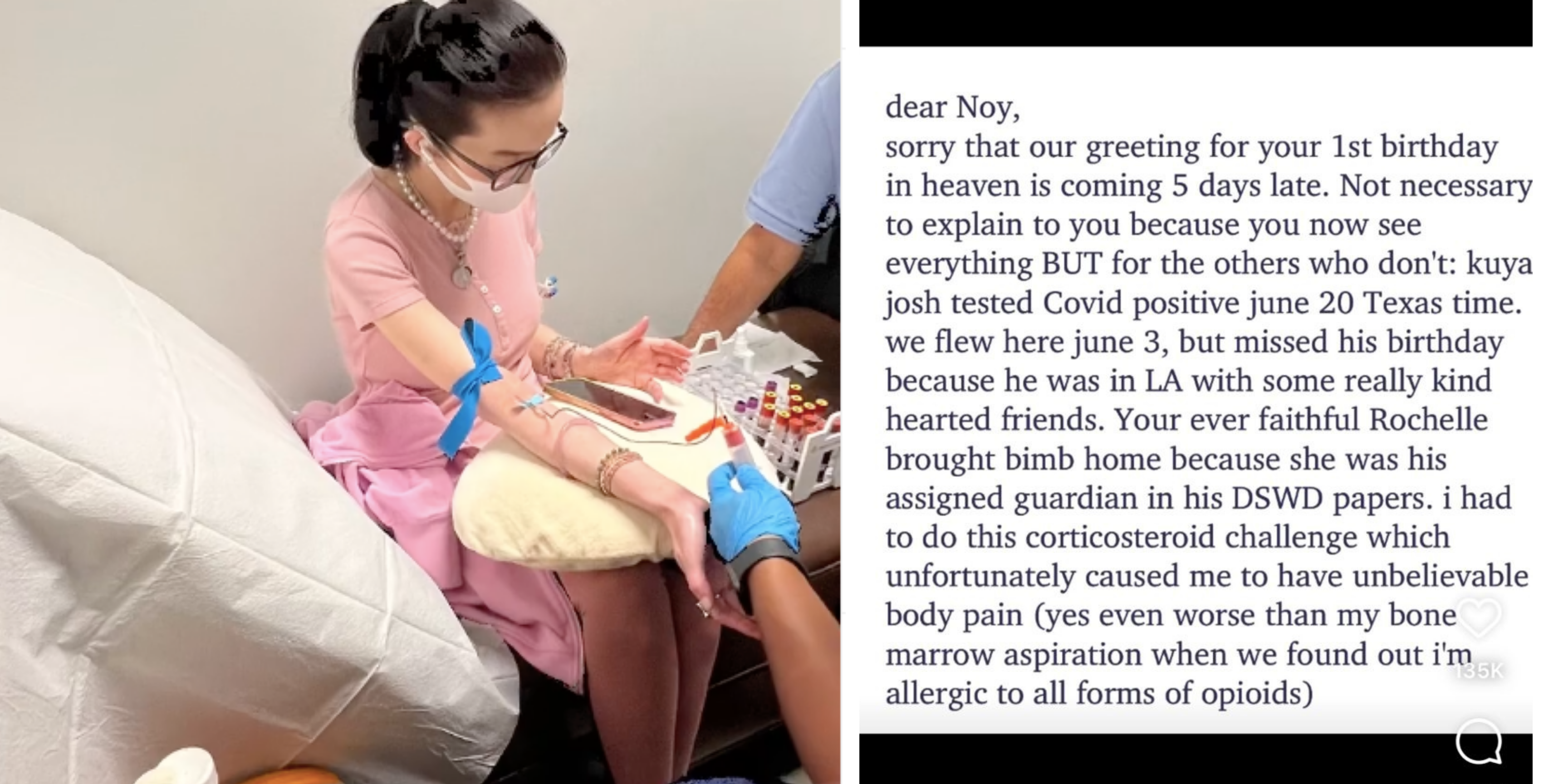 Fans of the ‘Queen of All Media’ Kris Aquino is closly monitoring her health condition as she continue to battle her auto-immune diseases.

Kris is currently in the United States for treatment and will undergo chemotherapy according to her last Instagram update.

Kris revealed in one of her conversations with friend and writer Dindo Balares that her health battle is also taking a toll on her emotional state.

Last September 7, Kris broked her social media hiatus and gave an update on her condition.

“There have been times wanted to give up—because of fatigue and being forever bedridden; the bruises all over my body that suddenly appear; my inability since February to tolerate solid food; headaches; bone-deep pain in my spine, knees, joints in my fingers; and my constant flares especially in my face that just keep getting worse…” she said on her last Instagram post.

Kris also share that there were times when she wants to give up.

“BUT I remind myself Kuya and Bimb still need me and mahiya naman ako sa lahat ng mga patuloy na nagdarasal para gumanda ang kalusugan ko if I just give up,” the actress added.

Kris said that her family is now in Houston, Texas when she will start her chemotherapy.

“I am grateful to be blessed to have the means for us to move to another state, and have more tests done and go to other specialists; and finally start my immunosuppressant therapy,” she said..

The actress added that she has no cancer.

She also clarified the statement of her sister Ballsy about her autoimmune conditions.

“Unfortunately all my physical manifestations are pointing to a possibleopo, pinakyaw ko na!” Kris said.

Kris also revealed that July that she also wrote a letter to her late brother and former President Noynoy Aquino.

She made the revelation about her letter when she was undergoing a number of treatment for her autoimmmune conditions and when both of her sons tested positive for COVID-19.

“Since this was already your death anniversary, somehow I felt reassured knowing that the three of us would get through this new ordeal especially because you would never allow us to have a death date so close to yours. I even joked with you — I said, Noy you are super bida now because you’re the only one with mom and dad. If I die Bunso will of course get the majority of their attention and for sure you won’t like that,” the actress added.

‘Time is now my enemy’

Kris said in a health update in June that time is not on her side with regards to her health condition.

‘I’ll miss you — my friends & followers very much. Time is now my enemy, naghahabol kami hoping na wala pang permanent damage to the blood vessels leading to my heart,’ she wrote in a social media post in June.

‘The subsequent 9 to 12 months will be crucial for us to see if she can achieve remission and continue the regimen further because to survive, Ms. Aquino will have to make whichever combination works, her lifetime maintenance medicine,’ Kris’ Filipino-American doctor Nico Gaviño said.

On the same month, Kris also said goodbye to her followers as she shift her focus on her treatment.

She also promised that if there was ever any good news, she will be posting once more.