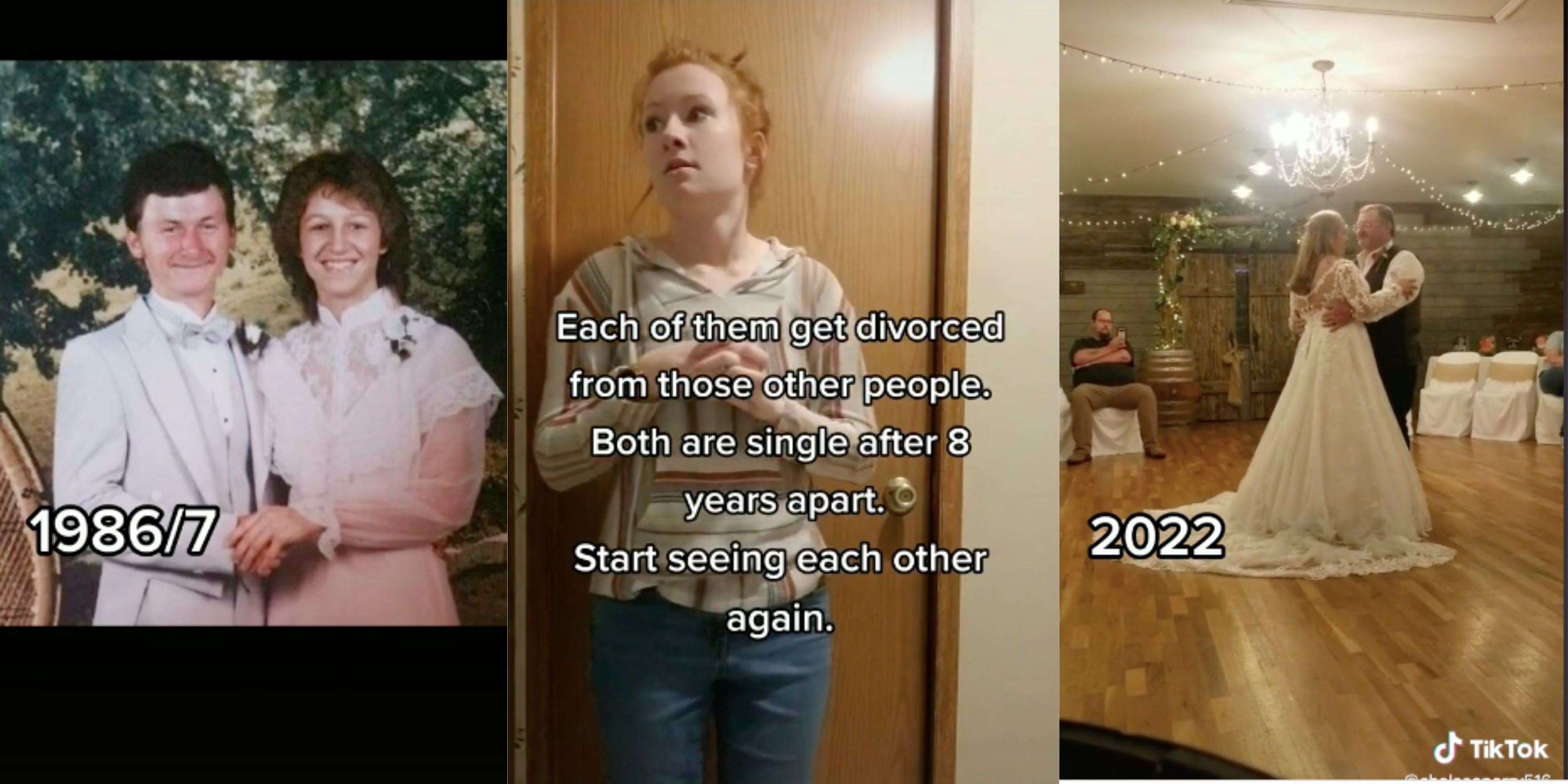 A Tiktok user, Chelsea Perry, has blown netizens’ minds away after sharing the rollercoaster relationship of her parents who divorced twice and married thrice.

In the viral video, Chelsea shared how her parents met in their teens and had her brothers before going through their first divorce. The couple remarried other people only to split with them and remarry one another.

They then give birth to Perry but after 11 years of being together, the two called it quits (again).

After eight years of being apart and having other relationships, the couple found themselves in each others arms again this 2022 and got remarried.

Perry hilariously captioned her post “third times’ the charm?” in hopes that it will the last time her parents marry.

Netizens cannot help but lament mix emotions over the outrageous relationship of the Tiktoker’s parents.

“Dang and I couldn’t afford one wedding lol and they had 5?!,” said one user.

Another user asked if the couple plans to have more kids saying, “So… will they have another baby to celebrate their 3rd reunion?” while another Tiktoker considers the rollercoaster relationship both a boon and bane for Perry saying, “I think you’re living every kids nightmare and dream all at once.”

The video has garnered more than 1.8 million views since it has been posted by Perry.

She has then posted clips of her parents reunion and details of her life during her parents on-and-off relationship.