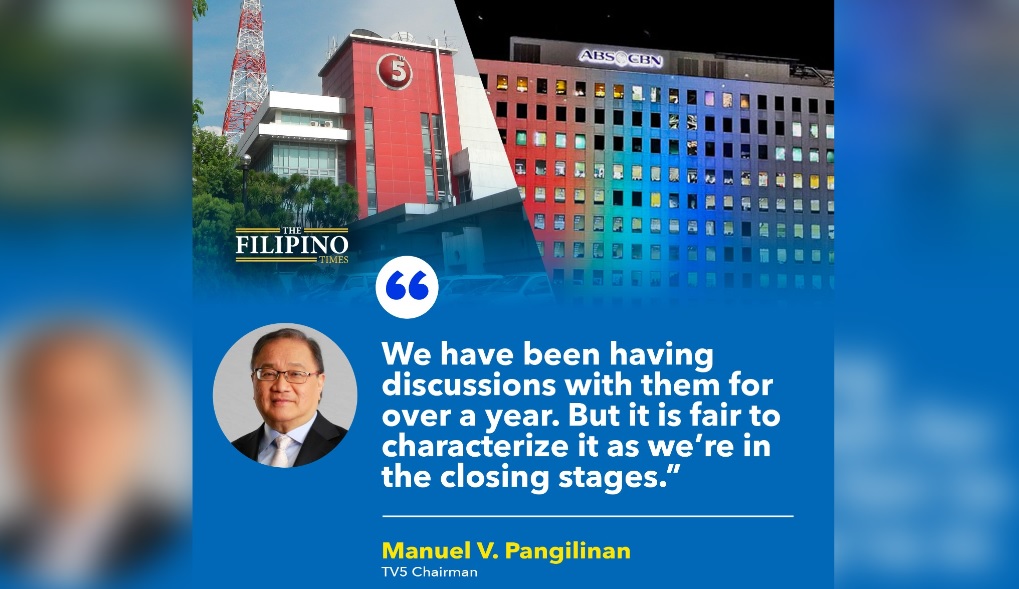 PLDT and TV5 Chairman Manny Pangilinan said that the deal between ABS-CBN and TV 5 will likely to push through.

In a press conference, Pangilinan said that he is set to meet with members of the board in 2-3 weeks to discuss the merger.

Currently, ABS-CBN has no free-to-air broadcast franchise after the House of Representatives under the Duterte administration rejected their renewal bid.

RELATED STORY: Check out these Kapamilya stars who will now have shows on TV5

The network also strengthen their online platforms through the Kapamilya channel and then later on entered a blocktime deal with TV 5.

Shows like ASAP, Ang Probinsyano and It’s Showtime are simultaneously airing with TV 5.

“This includes M&A or joint venture transactions with considerable share in the markets they operate in—such as the reported transaction between TV5 and ABS-CBN, two of the top media firms in the country,” it added.