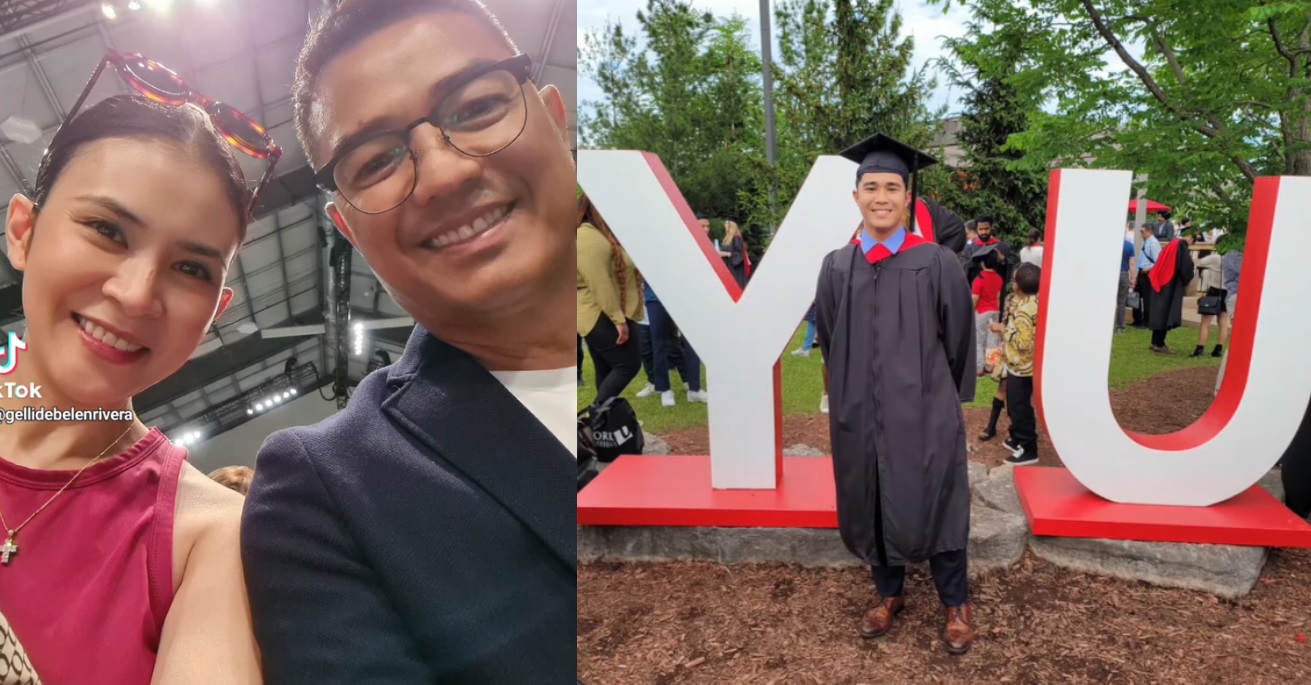 Their son graduated from York University in Canada. De Belen and Rivera attended the ceremony and cheered for Julio.

A compilation video was posted on the actress’ Instagram page on June 21.

RELATED STORY: Filipina tops her class at Niagara College in Canada; graduates with 98.046%

“Congratulations Julio!!! We are so proud of you,” she said.

De Belen also posted her son’s graduation photo and a video in which it was seen that he took a bow on stage after his name was called over the microphone.