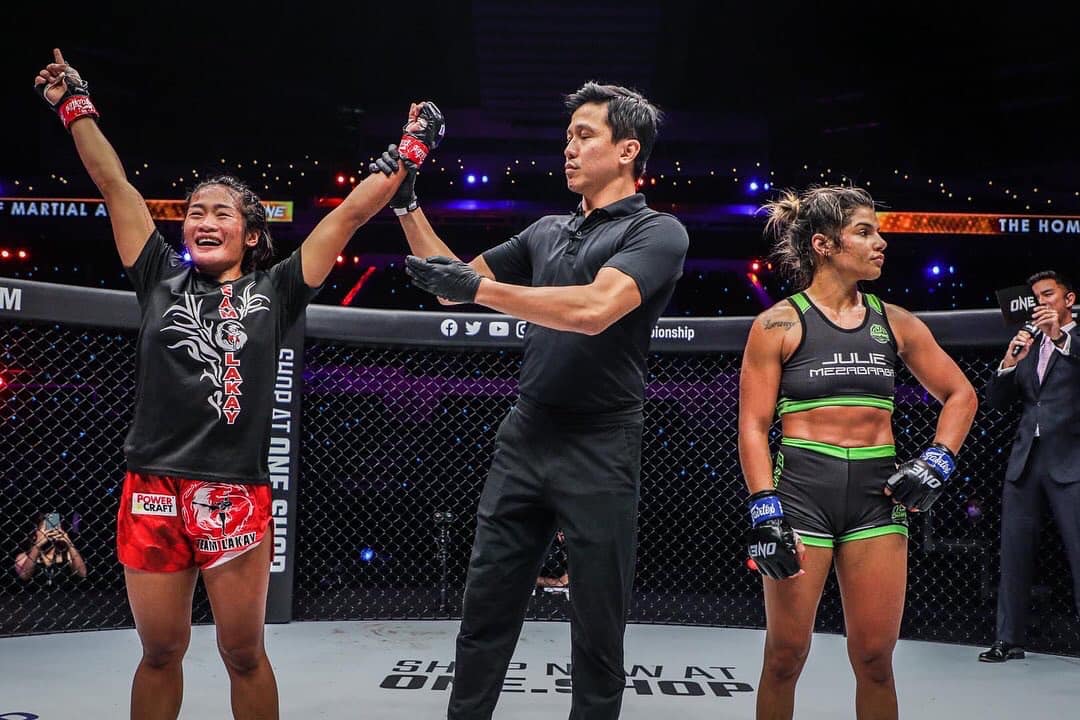 “I feel so blessed and empowered after winning my fight coming from a loss and a lot of canceled matches. This past months has been tough but my dream is tougher and I bigger. It feels really great to come out victorious from this fight though I didn’t get to finish it the way I wanted,” said Jenelyn in an interview with TFT.

The win marks her triumphant return in the ONE Championship stage. Olsim also came from a successful stint in the 31st Southeast Asian Games in Vietnam, where she bagged a bronze medal in vovinam.

“I applied things that I focused on at my training in my fight last night but there’s still a lot to learn. Right now, I’m so excited to go home and work. I love to keep improving myself, my skill set. Last night, I believed I could have done more but as they say, experience is the best teacher,” said Olsim. 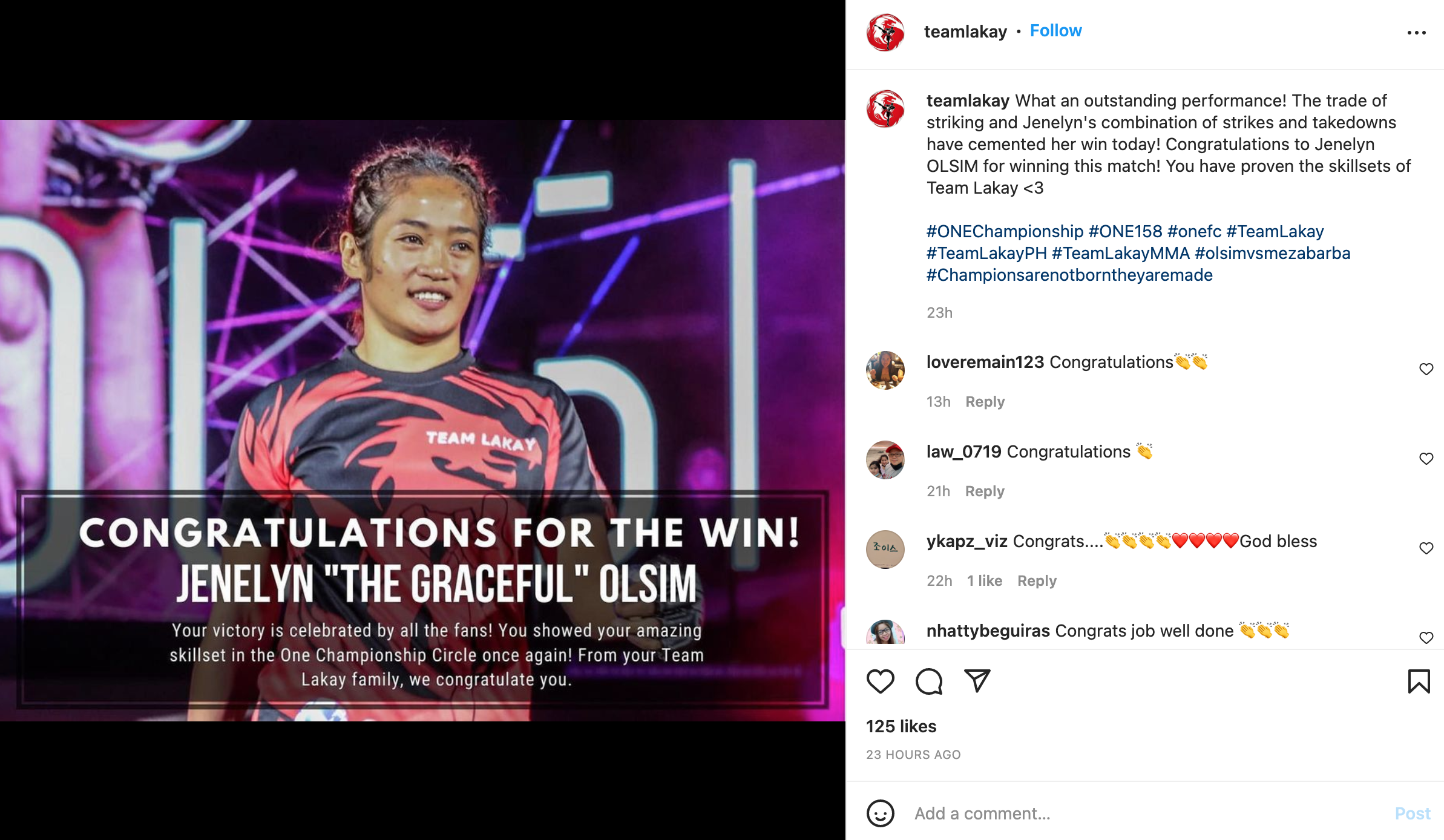 Olsim now has a 6-3 record, while Mezabarba, on the other hand, absorbed her second straight loss after a six-fight win streak.