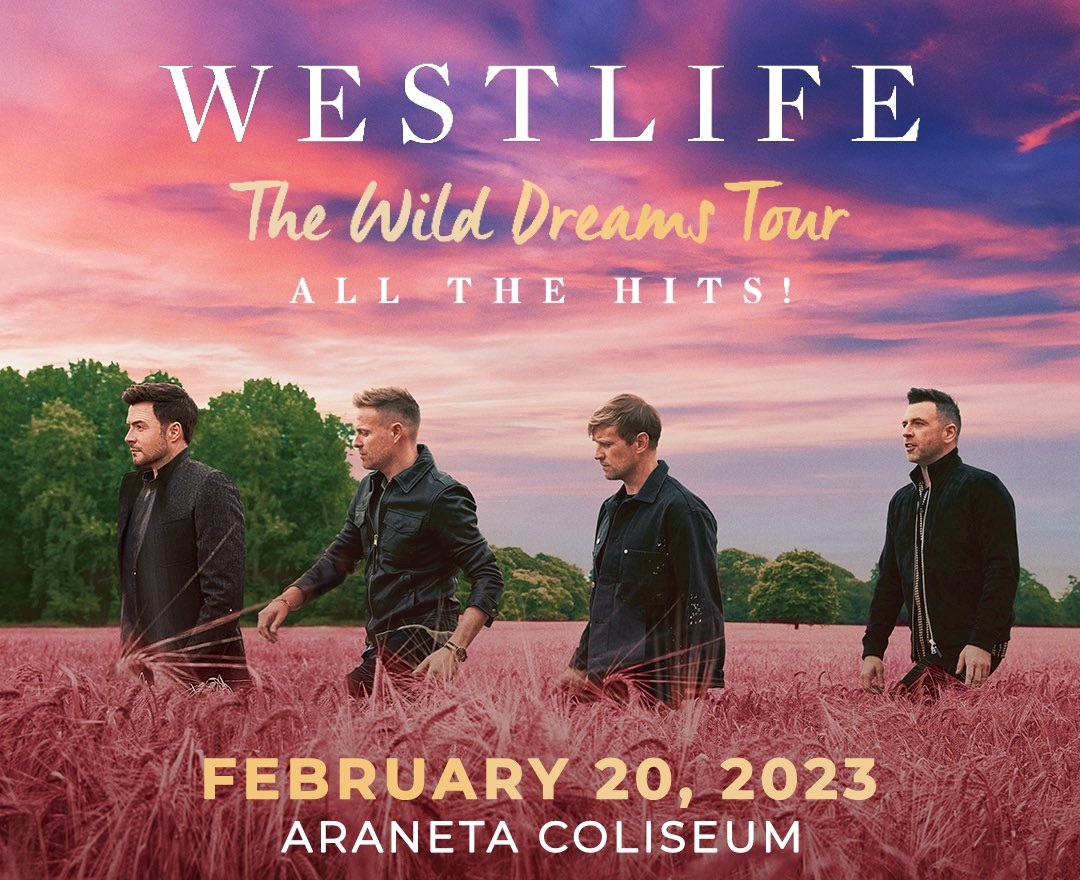 The Irish boy band Westlife has announced a one-night concert in Manila in 2023.

The Manila leg of Westlife’s “The Wild Dreams” tour will be held at the Araneta Coliseum on February 20.

Concert promoter Wilbros Live announced the news on social media Tuesday morning as it said tickets will become available on June 24 on Ticketnet.

Westlife said it was “thrilled to announce that we will be playing shows in Manila and Jakarta early next year!”

“We hope to see you all there dancing along with us.”

Global pop kings will perform their songs from their new album and hits including “Swear It Again,” “Flying Without Wings,” “If I Let You Go,” “My Love,” among others.

Breaking News 📣🚨
WESTLIFE is coming back and bringing The Wild Dreams Tour to MANILA! Feb 20, 2023 at the Araneta Coliseum. Tickets on-sale June 4 at 10AM via https://t.co/QGwxIvLNCw and all TicketNet outlets #WESTLIFEManila2023 pic.twitter.com/ANpsUxSXq5