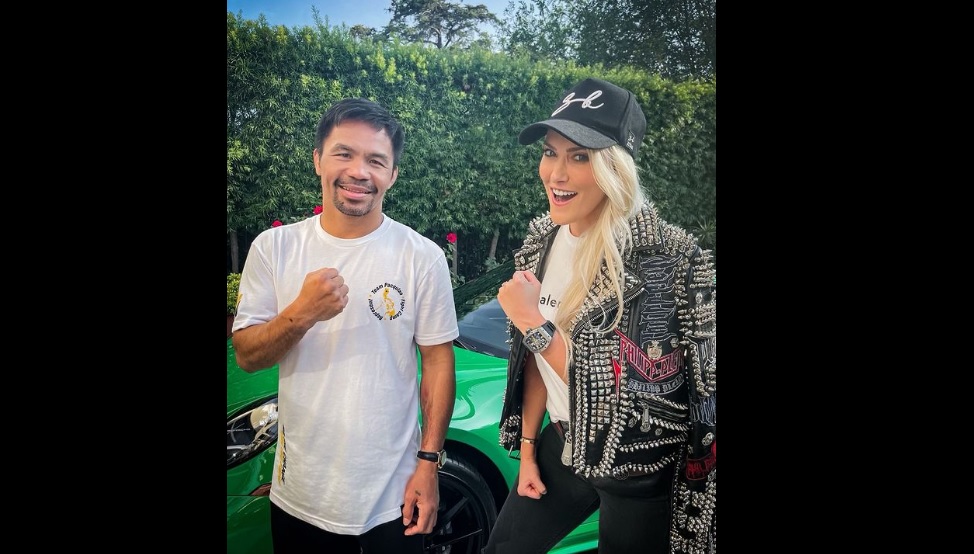 Pacquiao shared his photo with car enthusiast Hirschi on Saturday. “@supercarblondie in the house!” he said in his Instagram post.

“I’ve decided to fight @mannypacquiao,” she said while revealing an upcoming content featuring Pacquiao after filming a question and answer segment with the politician-athlete.

It however remains unclear whether she will also talk of Pacman’s cars in the US on her YouTube channel.

READ ON: Malacañang wishes ‘best of luck’ for Pacquiao on fight against Spence this August 2021

Pacquiao will take on Spence on August 21 in his first boxing match since July 2019 when he outpointed Keith Thurman. Earlier Pacquiao met Logan Paul, the YouTube star who recently fought Floyd Mayweather Jr at the Wild Card Gym in Hollywood, Los Angeles.

During his training at the Wild Card Gym, Pacquiao was also visited by his former rival Miguel Cotto and he later posted its video on Team Pacquiao’s Facebook page. (AW)