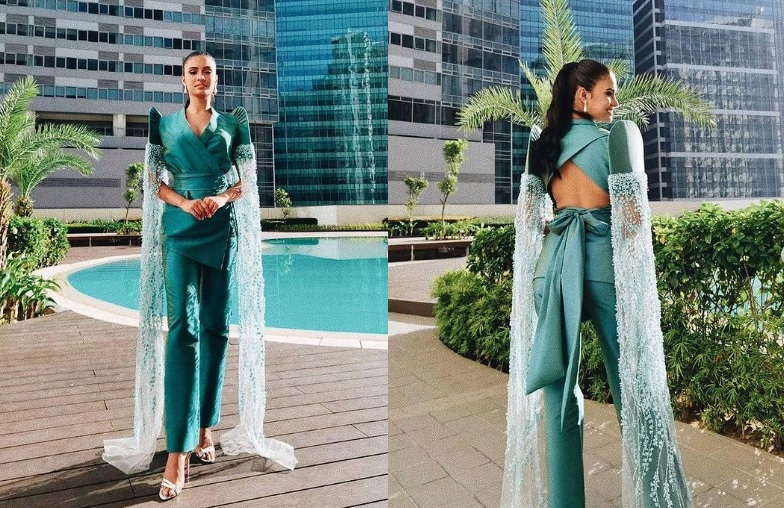 Mateo is now in the United States ahead of the competition in May. She stunned in a green terno created by Marlon Tuazon during the pre-pageant activity.

Mateo’s terno shows just “the right amount of skin” and is “cinched to perfection.”

The Aces and Queens uploaded a photo of Mateo wearing the green terno.

The beauty queen said that she has yet to adapt to the time zone in the US.

“I was resting the whole day. That was my first international flight and it took us 13 hours to be here,” she said.

READ ON: Miss Universe PH Rabiya Mateo vows not to break up with BF amid fame

In an interview, the Pinay beauty promises that she will give her best to make her country proud.