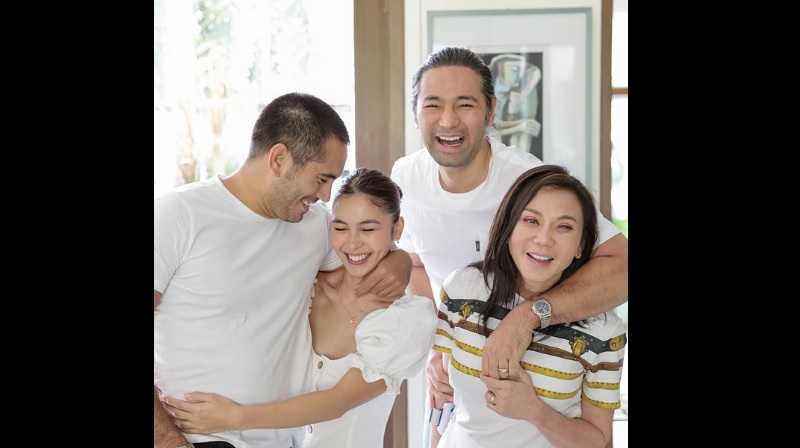 Dr. Hayden Kho, husband of celebrity doctor Vicky Belo shared some photos of them together with Gerald and Julia.

Gerald and Julia were seen all smiles during the Easter celebration.

“No gem ever got polished without friction,” Hayden wrote.

RELATED STORY: Julia Barretto says she will pray for ‘bitter bashers’ on her relationship with Gerald Anderson

It’s not the first time Julia and Gerald spent their time together with Vicki and Hayden.

In an interview last month, Anderson denied that he ghosted his ex-girlfriend Bea Alonzo.

Anderson also explained that the relationship with Alonzo was toxic for months.

When pressed further on what happened during those months, Anderson refused to give more information.

Anderson said that he can still remember that there was a formal break up between the two of them.

“I can remember that moment…I just don’t have the guts to put someone in a bad light because gusto ko linisin ang image ko or ‘yung side ko,” he said.

The actor also explained why he decided to stay silent despite the controversy in 2019.

“I will never throw someone under the bus para lang linisin ‘yung lalo na ‘yung tao na I have intimate moments with, I had happy moments with. Lalo na itong last, ang pangit. Ang lala,” he said. (TDT)