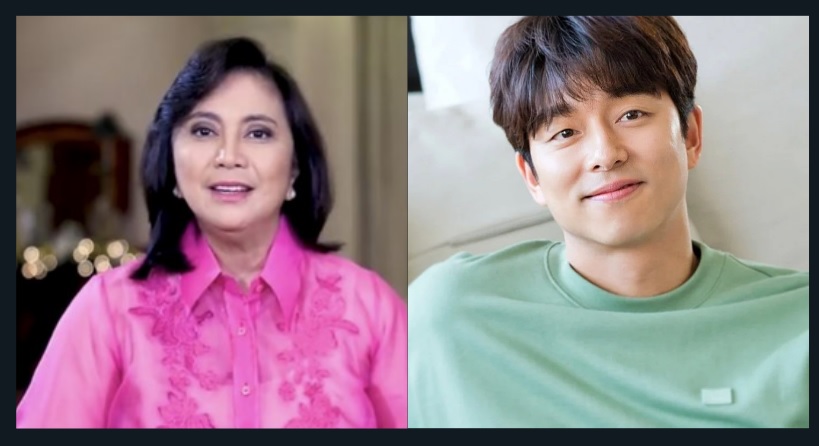 Vice President Leni Robredo admits that she is also hooked to a number of Korean drama and gushes over some of its actors too.

Robredo sat down with vlogger Chef Sharwin Tee for his “Straight Guy K Drama Reviews” series to talk about her favorite Korean actors.

Robredo said that her ultimate favorite and crush is actor Gong Yoo who starred in the series Goblin.

“He’s good-looking, right? I liked Goblin because of him. I like Coffee Prince, too,” Robredo said in Filipino.

“Out of all of Gong Yoo’s K-drama, I like Big the most,” she added.

Robredo is also a big fan of the hit series ‘Crash Landing On You’ which stars Hyun Bin and Son Ye-Jin.

Robredo is also a fan of the show ‘The Hunter’ starring Park Min Young.

“I was a fan before (COVID-19 pandemic) already. I first watched many, many years ago, I was still in Naga, I was not yet a politician, the City Hunter,” she said.

Robredo said that it was then DILG Secretary Mar Roxas who reintroduced her to K-Dramas particularly Mr. Sunshine.

“For me, it’s how the script developed, how it was shot, you can feel the passion for filmmaking. I was really impressed when I first watched a few dramas,” she said.

Robredo said that K-dramas helped her during her weekly trips to Naga via bus to visit her ailing mother.

She also formed a special connection to her late mom through the series.

“My mother was unconscious. I held her hand while I watch K-drama. That was my pasttime,” Robredo said. (TDT)