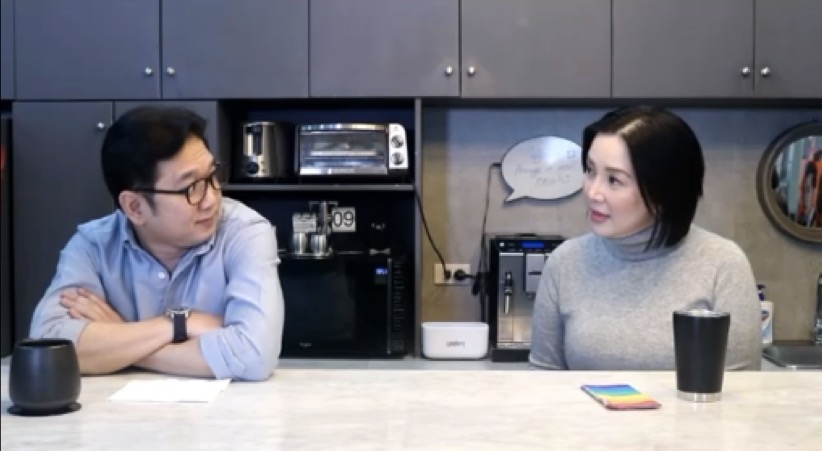 Followers of the ‘KrisTek” tandem can’t help but feel giddy over a recent social media video post of Kris Aquino with Herbert Bautista.

The multimedia queen shared a seven-minute video of her with the former Quezon City mayor doing the “He Said, She Said” challenge, wherein they talked about topics covering romance, second chances, and success.

ON ROMANCE
Kris remembered what her mother told her about love.

“I didn’t believe my mom before but now I do. She always said it. For it to be love, it has to bring out the best in you. Love should make you want to be a better person and you should want that person to shine,” she said.

In response, Herbert said that love is all about sacrifice.

But for Kris, she said one would know it’s real love when you don’t feel like you’re sacrificing anything.

“Parang it just flows,” she said.

According to her, if it doesn’t work the first time around, there has to be a reason.

“You have been married. I’ve been married. Sabihin ko na lang ilang times kong triny. You know when it’s broken and I’ve said it also na once it’s broken, the people trying to pick up those broken pieces end up na pareho silang sugatan. So kapag basag na talaga, let it go,” she said.

THE PERFECT DATE
So what’s the idea of a perfect date for the former Quezon City mayor?

He said he prefers to be in a group date admitting that he is not that good when it comes to taking some to a date.

For Kris, an ideal date would just be inside a vehicle so “it remains private”.

Kris also likes long drives where they could talk about basically anything.

ON SUCCESS
Before the clip ended, the former ‘couple’ talked about success.

Herbert aired his thoughts first where he said that success is measured on how one was able to raise his child.

Kris then teased him that she could’ve loved her more if she was less successful.

Kris and Herbert shared a short-live romance. She revealed this back in 2014 where she said that Bautista reached to a point where he had asked for her hand in marriage.

Watch their video below: