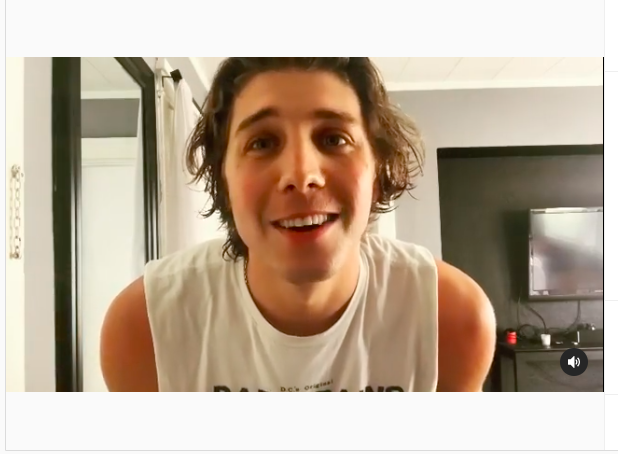 Actor Luke Gage has posted a video of his audition on Zoom, where a director criticized his apartment without realizing he hadn’t muted his microphone.

In the clip posted on his social media, Gage is seen preparing for the audition and fixing his hair. The director, not realizing he is not on mute, said: “These poor people live in these tiny apartments like I’m looking at his, you know, background and he’s got his TV and his, you know.”

Gage then smiled and said, “I know it’s a shitty apartment. That’s why give me this job so I can get a better one.”

The director then apologized, to which the actor replied: “I’m living in a four-by-four box, it’s fine, just give me the job and we’ll be fine.”

“Psa if you’re a shit-talking director, make sure to mute ur shit on zoom meetings,” Gage wrote when posting the video, which has now garnered over four million views.

Lukas Gage is best known for his role in HBO’s Euphoria.