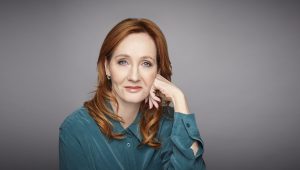 Fans of popular book series “Harry Potter” expressed disappointment in its author J.K. Rowling over her anti-trans tweets.
Rowling was called out by fans over her series of tweets that criticize people who believe “biological sex isn’t real.”
“If sex isn’t real, there’s no same-sex attraction. If sex isn’t real, the lived reality of women globally is erased. I know and love trans people, but erasing the concept of sex removes the ability of many to meaningfully discuss their lives. It isn’t hate to speak the truth,” she said.
GLAAD, a US-based LGBTQ rights group, said that the author’s tweets distort facts about gender identity and trans-people—noting there is no excuse to target them especially now that we live in a modern society.
In addition, Metro Manila Pride—a LGBTQ group in the Philippines—said that Rowling is not an ally, and urged Filipinos to unfollow her.
Rowling, however, denied hating trans-people, noting that she has been empathetic to them for decades and that she respects their rights.
“The idea that women like me, who’ve been empathetic to trans people for decades, feeling kinship because they’re vulnerable in the same way as women — ie, to male violence – ‘hate’ trans people because they think sex is real and has lived consequences — is a nonsense,” she said. “I respect every trans person’s right to live any way that feels authentic and comfortable to them. I’d march with you if you were discriminated against on the basis of being trans. At the same time, my life has been shaped by being female. I do not believe it’s hateful to say so.”
Last year, Rowling has also been called out supporting a researcher who was terminated for stating that a person cannot change their biological gender.